How do you judge rarity? Sure, a 1-of-1 or even a 1-of-100 car is rare by its very nature. But sometimes it’s simply a car’s story that makes it a rare find.

One such car is on the docket for Carlisle Auction’s Spring sale scheduled for April 19-21 at the Carlisle Fairgrounds in south central Pennsylvania.

The car is a 1972 Chrysler Town & Country station wagon, one of around 14,000 produced that model year with three-row, nine-passenger seating capacity.

So what makes this particular T&C so rare? Well, for one thing, it’s been owned by the same family since brand new. For another, it’s been driven only 10,000 miles since it left the dealership showroom.

Technically, the wagon is Rally Red with a black interior and simulated woodgrain along its flanks. The car is pretty much all original, right down to its optional 440cid New Yorker V8, which is linked to an automatic transmission.

The car comes with full documentation, including the original winter sticker from a New Jersey dealership. 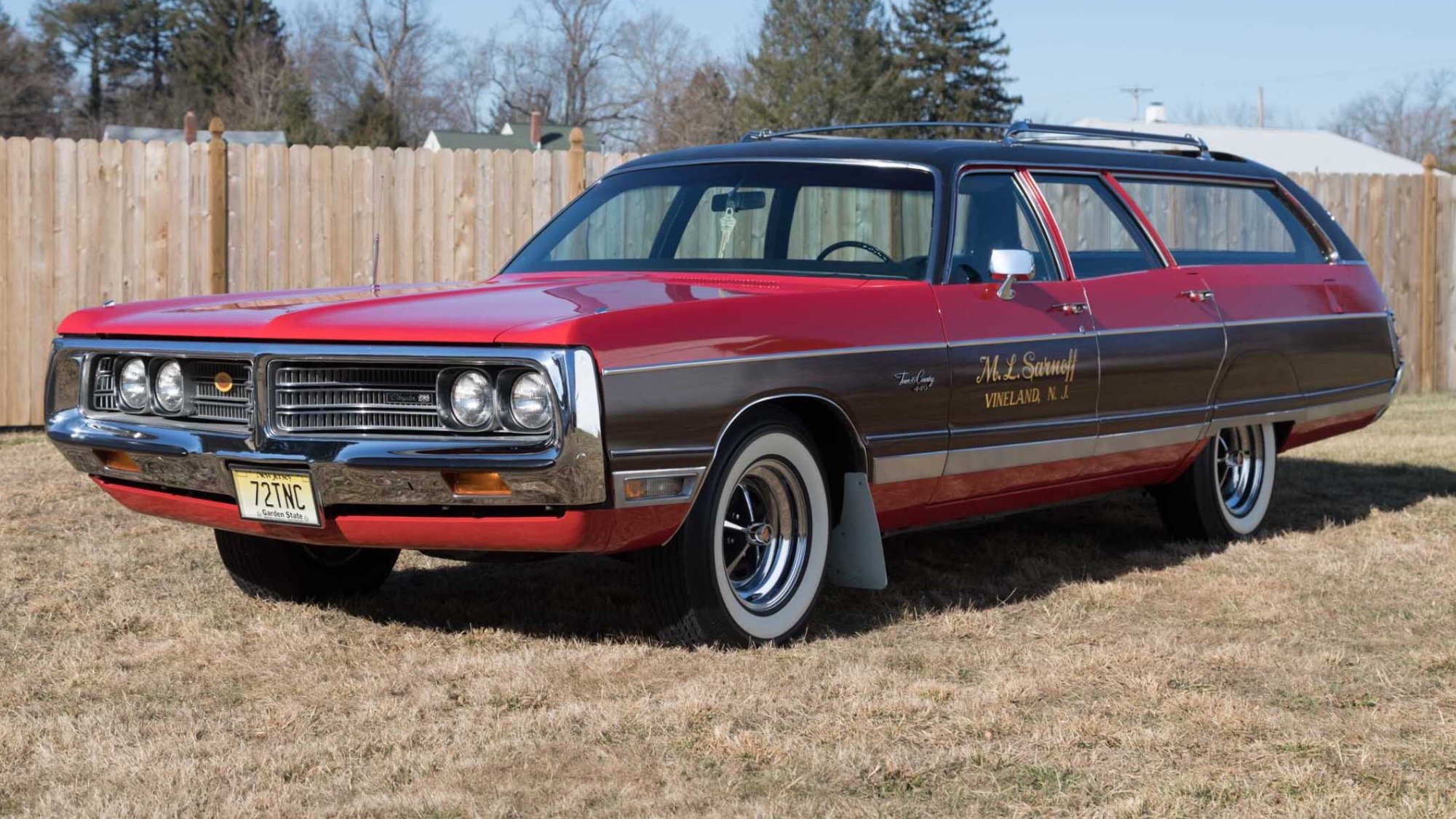 According to the consignor, his late father bought the car but it was used primarily for special family events, and more recently has appeared in several car shows.

We wondered why the car’s front doors bear decals identifying M.L. Sarnoff of Vineland, New Jersey. It’s because the original owner had a company that delivered chemicals to car dealerships. The delivery van had company decals on its side, and the owner decided to put them on his own car as well to advertise the company.

“Most car folks feel that we as are just the mortal caretakers of a prized ride, that is until such time that we can no longer perform that caretaker role,” Carlisle Auctions notes in its news release. “At that point, it’s next person up, and that’s exactly why the Sarnoff family has consigned this car to Carlisle Auctions.  They are looking for its next caretaker, it’s next loving owner.”