Don Draper’s ’64 Imperial Crown is up for bidding 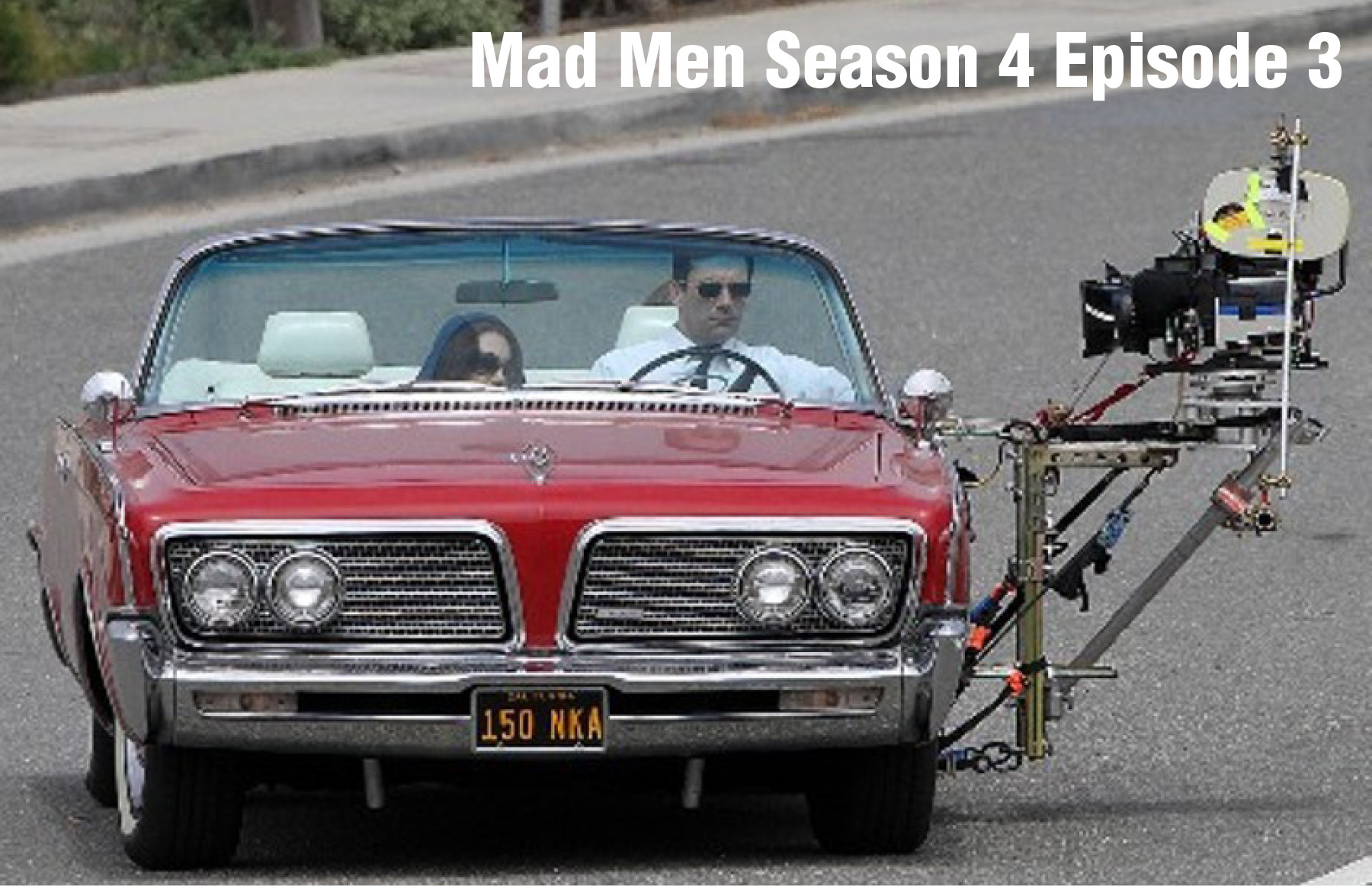 OK, so it’s not Bond, James Bond’s Aston Martin, but it is the 1964 Imperial Crown convertible used by Don Draper (portrayed by actor Jon Hamm) in Season 4, Episode 3 of the television series Mad Men, and it is up for bidding by ScreenBid, the Los Angeles-base company that stages online auctions for “real deal,” authenticated movie and television props, wardrobe, set decorations and other items.

In this case, ScreenBid reports, only 922 such Imperial Crown convertibles were produced and fewer than 200 are believed to have survived.

“This is the rarest of the rare as this is the only Imperial to boast having been smoked in by Don Draper (okay, we are not 100 percent certain he smoked in it during filming, but when have we ever seen Don not smoking?),” the auction company adds.

“He drives this beautiful land yacht with the top down to visit the real Don Draper’s wife in California,” the company continues.” Sporting aviator glasses, white shirt and black tie to match his grey suit, Don Draper, epitomizes the successful businessman out for a Sunday spin in this very special car.

“Many mistakenly refer to this vehicle as a ‘Chrysler Imperial’ (including local DMVs when titling the vehicle), but Imperial was its own separate brand after 1955 as Chrysler spun it off to better compete against Lincoln and Cadillac. Famed auto designer Elwood Engel, creator of the ubiquitous Lincoln Continental slab side design, found his way to Imperial and completely redesigned the Imperial for 1964.

“There’s an old adage that you “… ride in a Cadillac, you glide in a Lincoln, but you float in an Imperial.”

The car shows 89,372 miles on its odometer and has a 413cid “wedge” V8 and TorqueFlite push-button automatic transmission, as well as power steering/brakes/windows/antenna and a working electric top.

The car is believed to be all original except for a repainting around 20 years ago and new carpeting. Interestingly, when the car was repainted, one small area under the hood was not painted should some future owner want to return the car to its original shade.