Drive Home rally expands for trip from Florida to Detroit 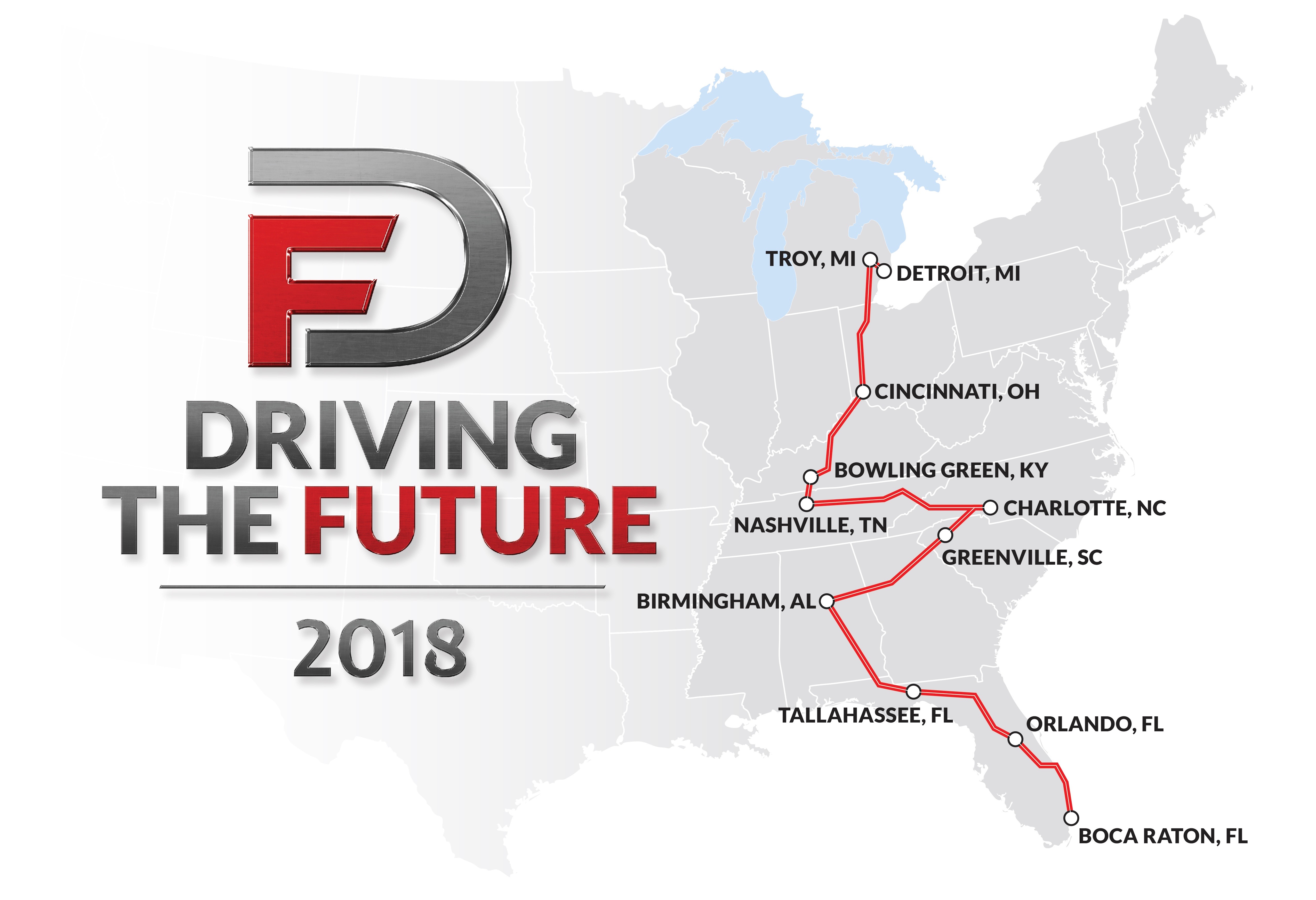 For its third year, the Drive Home expands with more collector vehicles and new organizations joining the winter-time drive to the North American International Auto Show in downtown Detroit.

The event was launched to demonstrate that vintage vehicles don’t need to be protected from winter weather, with three examples of Detroit iron being driven from the LeMay – America’s Car Museum in Tacoma, Washington, to the auto show in Detroit.

The same cars participated in January 2017, when the route began in Boston.

For 2018, and with a subtitle of “Driving the Future,” the weather along the 2,200-mile route figures to be less challenging as the vehicles will travel to Michigan from Boca Raton, Florida.

“The past two events in The Drive Home series included three cars from America’s Car Museum, so we’re thrilled that the number of participating vehicles this year has more than doubled,” David Madeira, vice chairman of America’s Automotive Trust, said in a news release.

“We’re extremely fortunate to have such a robust list of sponsoring organizations that share our vision of a vibrant future for collector cars,” he added.

Scheduled to participate in the Drive Home III are:

• A 1972 Chevrolet El Camino from the LeMay.
• A 1969 Chevrolet Camaro SS from the RPM Foundation.
• A 1962 International Travelette from Club Auto/Hagerty.
• A 1959 Plymouth Fury from Concours Club/MFD Classic Motors.
• A 1959 Cadillac Coupe DeVille from Concours d’Elegance of America/Kettering University.
• A 1955 Chrysler C-300 from The Nicola Bulgari Center for Amerian Automotive Heritage.
• A 2014 Triumph Truxton from America’s Automotive Trust and Ace Cafe Orlando.
• A 2018 GMC Terrain (support vehicle) from General Motors.