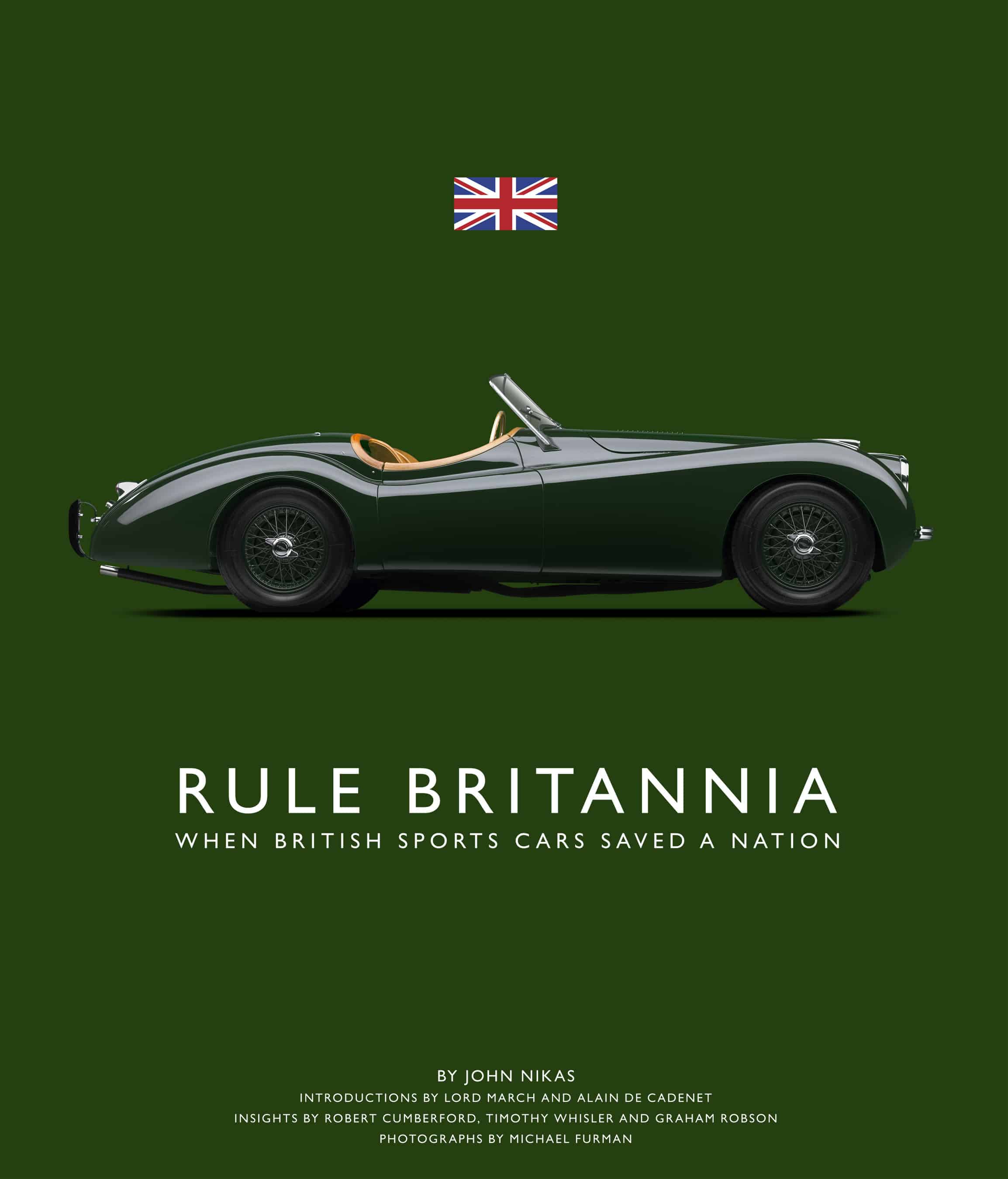 Although the book’s subtitle — When British Sports Cars Saved a Nation — seems an exaggeration, author John Nikas makes a case in the Preface for the fact that like the United States, where Detroit’s auto industry was proud of being the so-called arsenal of democracy:

“During the dark days leading up to the Second World War, when the nation was still reeling from the effects of the Great Depression, British automotive manufacturers answered their nation’s call to protect and defend a proud civilization. Working from shadow factories built adjacent to their existing facilities, firms across the country produced armaments used to fight against Nazi tyranny, despite suffering losses from nightly bombing raids that reduced their buildings to rubble and killed their workers.”

And even after the war ended, Nikas notes in Rule Britannia, the country’s motor industry “responded like champions,” exporting much of their production to bring much-needed hard currency home to “service the nation’s overwhelming debt and rebuild the tattered economy.”

The effort and the cars are detailed in Nikas’ book, and not only in words — some of them written by the likes of Lord March, among others — but with photography, some of it historic and much of it the wonderful images for which Michael Furman has become well-known and respected.

The text doesn’t focus only on the automakers during the war years but goes back to their beginnings and brings them to recent days as well, with a chapter of the book devoted to each of the British car companies.

Even those of us who might think we know a lot about these companies, their people and products, will learn some things. For example, Malcolm Sayer, designer of those sleek and gorgeous post-war Jaguars, learned the three-dimensional mathematical computation skills that helped shape those cars during the war when he shared a tent in the Iraqi desert with a German engineering professor.

Or that before designing the Mini, Alex Issigonis created not only a motorized wheelbarrow and armored light reconnaissance car for the war effort, but an amphibious tank employed during the invasion of the beaches at Normandy.

And one more: Movie producer Cubby Broccoli’s first choice for James Bond’s car was an E-type Jaguar, but Jaguar declined so Bond, James Bond, drove an Aston Martin instead.

Some might balk at the book’s $89 list price, but consider the following: this is a large and hefty and nicely printed work filled with photos you’ll want to enjoy again and again, and with words as good as the photography.