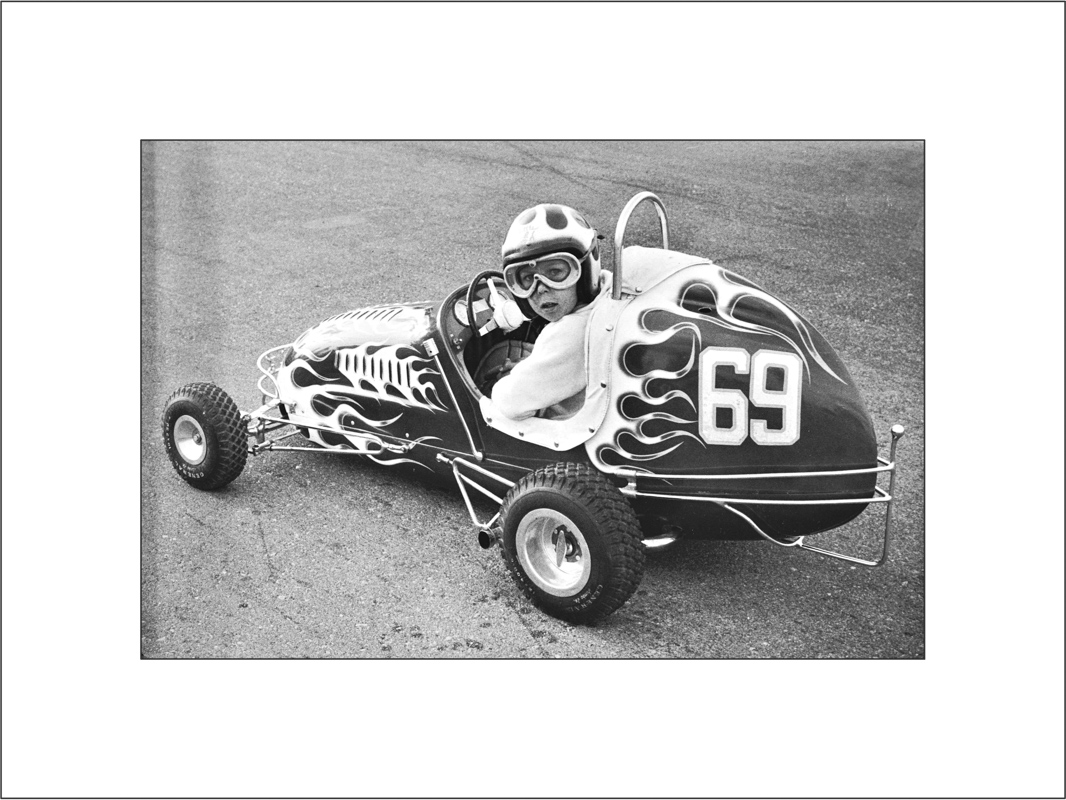 Considering that TMed joined HRM as “humor editor,” it makes sense that generating laughs was his primary responsibility.

But Medley contributed in ways beyond wielding a narrow point camel-hair brush dabbed in India ink: photography. He learned the intricacies of focus and composition, F-stops and shutter speed from a fellow G.I. during World War 2. He was so enamored of the discipline that one of the two items he squirreled home from Germany after the war was a Zeiss Super Ikonta B camera. In the early days at Hot Rod, staffers did everything. Which meant that Medley peered through a camera viewfinder at nearly every seminal event in this fertile time of hot rodding’s growth — car shows, the dry lakes, Bonneville, drag races, and the Indianapolis 500. And that doesn’t include shooting countless car features and technical how-to articles. He also captured many Hot Rod covers, including the magazine’s first color cover in April 1951. The Medley photo archive exists despite two near calamitous events that could have destroyed the entire lot. In the late 1980s, hundreds images and negatives were rescued from dumpsters, by Medley and others, when Petersen Publishing Company higher-ups — who apparently didn’t care they held the most comprehensive collection of photos from an important era in American cultural history — thought it was a good idea to clean out the photo library by throwing away thousands of images of the company’s early days. Yes, the mind boggles at the stupidity of such a decision. The Medley photo archive survived a second brush with disaster in October 2011 when a car fire destroyed his garage, his tools, and his 1940 Ford Coupe. Miraculously, a few boxes, shielded by tool chests, survived the inferno — but many photographs and drawings were either charred or soaked with water and needed repair. Long-time Medley friend Bruce Bereiter ran hundreds of prints through a lamination machine to dry and uncurl them. The garage discovery triggered a re-evaluation of Medley’s contribution to hot rod history, and lent urgency to complete the art book project TMed had begun to organize before his death, at age 93, in March of 2014. That book was completed late last year and focused on his drawings and cartoons. Only one photo was reproduced in the book, his iconic sunrise-over-salt image of Ak Miller’s roadster at Bonneville in 1952. Here at Fuel Curve we are lucky enough to share with you the rare images from Tom Medley, many which have never been seen before. It is a rare look at hot rodding’s formative years. This will be an ongoing project of ours. So, enjoy the show — and keep coming back for future presentations of TMed’s photographic vision. This article, written by Gary Medley and was originally published on Fuel Curve.

Pick of the Day: 1960 Mercedes 200 SE with fresh concours trophies