In a risky business, passion for collectors is crucial 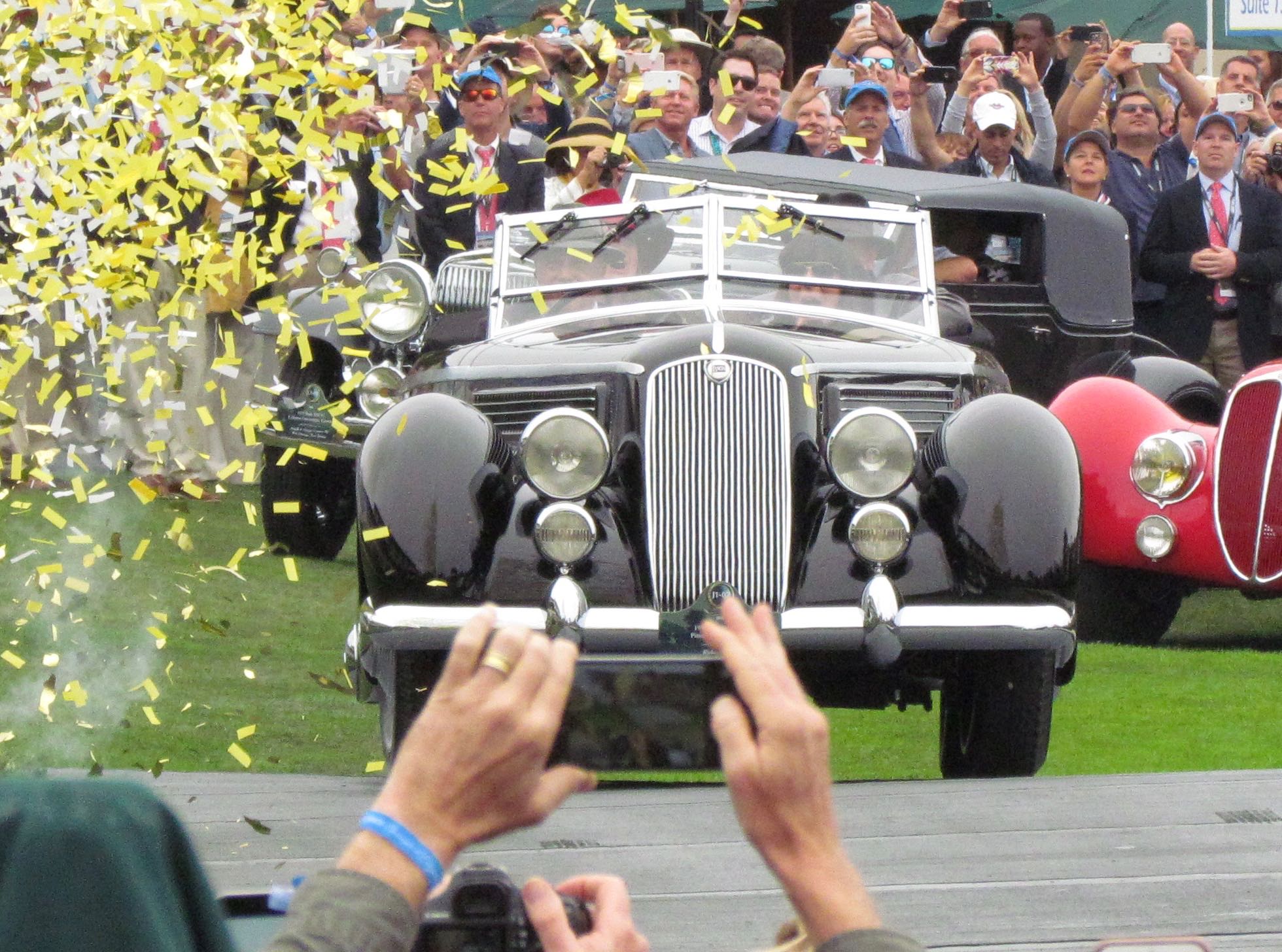 The numbers are impressive indeed, but as impressive as they may be, they don’t tell the real story. Nonetheless, it is impressive to learn that of the last 15 winners of Best of Show honors at the Pebble Beach Concours d’Elegance, 11 of them have something in common. And they share it with the owners of 18 of the 39 Ferrari 250 GTOs.

What all of those car owners share is that they are clients of Ronald Fiamma, vice president and global head of private collections for the private client group of AIG, which has grown from its founding in 1919 as American Asiatic Underwriters to become the American International Group, a major and multi-faceted global insurance company.

But as large as AIG may be, Fiamma and his team try to protect clients’ collections “as if they were my own,” he said Saturday during a break from his duties at the AIG-sponsored Pebble Beach Classic Car Forum, where Jay Leno was speaking in one of a series of collector car seminars, the day after another well-known car collector and comedian, Jerry Seinfeld, and legendary racer Jacky Ickx, had been featured.

Here’s a story that says just as much, if not more, than any statistics:

A client has a Ferrari Enzo, but there was a collision with a wall that left the car in apparently unrepairable condition. Fiamma’s team was ready with a check. But the client wanted the car unrepairable repaired.

AIG goes to work, contacting seemingly every Ferrari restoration and repair facility in North America, but to no avail. Out of desperation, there’s a call to Maranello.

Learning that the engine block is intact, the factory said to “scrape everything into a container and ship it to us.”

The Ferrari factory rebuilt the vehicle. During that process, AIG flew the client to Italy — twice — to view the progress. On his second trip, he got to drive his own and rebuilt car around the famed Fiorano test track.

The total cost was nearly two-thirds of what the write-off would have cost, Fiamma said, but now “we have a client for life.”

Fiamma was on Wall Street, partnering with his brother, before joining AIG 15 years ago. But before any of that he was an art history, restoration and archeology major at Vanderbilt University and did graduate work in Rome and Florence. He said many one his staff also have come from the art world, bringing their passion for preservation and conservation with them, but willing to learn about insurance.

“We deal with clients’ passions, and it’s all about preservation and risk mitigation. It’s not sitting back and waiting to write checks.” — Ronald Fiamma

After all, he admitted, “The last thing people want to do is to talk about insurance.”

He said their clients may have wealth, but they also are passionate about their collections, whether of fine art, wine, watches or collector cars.

“We deal with clients’ passions,” he said, “and it’s all about preservation and risk mitigation. It’s not sitting back and waiting to write checks.”

One example, AIG has its own firefighting service in the western U.S. One of the things that service does is to visit clients’ homes and to remove any nearby brush that might ignite during a wild fire. He shared the story of a client whose house was the only one of six saved in a neighborhood ravaged during such a fire.

Fiamma sees a significant shift taking place among collectors. Wealth, he said, is passing from one generation to the next, and while the children of aging parents may not be interested in retaining mom and dad’s collections of art, silverware or jewelry, they are selling those collections to start or to add to their own collections of watches, jewelry and cars.

Speaking of cars, he’s sad to see the declining interest in classics of the 1920s and ‘30s, but also sees it as part of the generational shift taking place, and he recognizes that as collectors’ mature, their tastes also change. He also wonders about the recent surge in the popularity of modern supercars among collectors, and how a car that cost $1.5 million brand new can be worth a couple times that figure just a couple of years later.

Such cars may not have long-term credence with collectors. However, he’s confident the market will always be strong for “great cars, with great design, with great history, and with great stories.”

And having said that, while he doesn’t collect — too busy traveling and working with clients, plus he lives in New York City — he laments selling his 1969 Chevrolet Camaro a decade or so ago. He also encourages his staff not to just focus on places like Pebble Beach or Amelia Island, but to attend local car shows.

“Six guys in the McDonald’s parking lot with their ’69 Camaros are just as valid, as passionate,” he said, adding that he loves overhearing debates about whether the screw on a rear-view mirror was slotted or Phillips when a car came out of the factory, only to have someone else point out that the screw head was changed for the second year of production.

The passion is the same whether a car is worth millions or thousands.

But speaking of millions, Fiamma shared his nightmare scenario. It occurred in 2012, at a 50th anniversary celebration of the Ferrari GTO. Twenty-two of the seemingly priceless vehicles were together in one area and Fiamma had a fit when he saw a news helicopter hovering overhead. It could have been a recipe for disaster, he knew, not relaxing until the camera crew got its images and flew away.

Remember, it’s all about passion, and risk mitigation, and thus a few years ago when a client was sending a bunch of cars to an exhibit in Europe, Fiamma’s team suggested that the cars be split up and fly in two separate airplanes. He also recommends car owners ship their vehicles in separate truck when possible.

Another customer-service story: A client on Long Island had shipped a 1930s-era Alfa Romeo to a restoration specialist in New Zealand. The car comes home 18 months later, just as Superstorm Sandy is approaching. The client puts the car into the garage, but lifted some 8 feet above the floor. High but not dry. The car is submerged in salt water.

The AIG team hoses out the car with fresh water and within 48 hours has the car back on an airplane on its way to New Zealand to be re-restored.

“The car is great,” Fiamma reports. “Stories like that are really satisfying.”

One more such story as we close: A client in Malibu, California, has a $2 million wine collection. As the flames of a wildfire approach, the client is resourceful enough to move all those wine bottles out of the wine cellar and into his swimming pool.

The wine is saved… However, while in the pool, all of the labels on those wine bottles have lost their adhesion. The contents of bottles no longer can be verified. The wine is, basically, worthless.

So what does Fiamma do? He has a check for $2 million written to the client. Normally in such a case, the insurance company takes possession of whatever remains from the claim. But knowing how passionate the client was, he is told to keep his wine and now, each night at dinner, he and his wife get to open another bottle, and wonder what wonderful and once-valuable vintage they might be drinking.