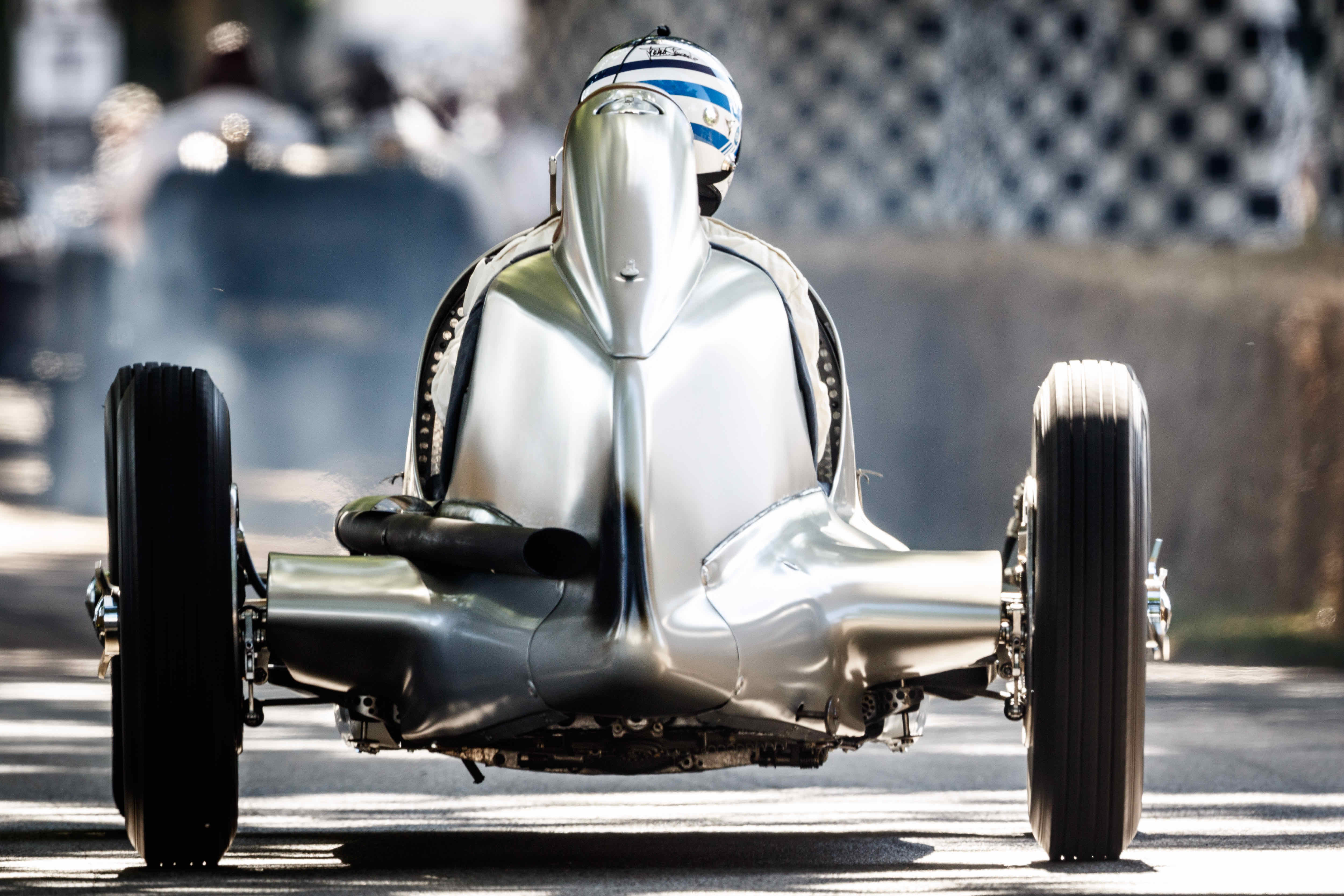 Gerry Judah has created art to remember the Holocaust for Britain’s Imperial War Museum. He has done set designs for the Royal Shakespeare Company. And since 1999, he has done the huge automotive sculptures that soar above Goodwood House during the annual Goodwood Festival of Speed.

Last week, his latest Goodwood sculpture was designed to recognize the long motorsports career of former Formula One chieftain Bernie Ecclestone. Three of the cars mounted on the lanes that spun off a circle towering some 100 feet were selected to reflect specific F1 eras ruled by Ecclestone. Those cars were a Lotus, a Ferrari and a Mercedes.

Two other vehicles also mounted on their own lanes — a Connaught like the one Ecclestone drove in two Grand Prix events and a Brabham commemorating that team’s 1958 championship with Ecclestone as its owner.

Meanwhile, at ground level, a celebration was staged of classic and contemporary automobiles, and especially racing cars, many of which took part in runs up Goodwood Hill.

The Festival also featured yet another candle in the year-long and 70th birthday party for Ferrari.

Following are photo galleries provided by Ferrari, Lamborghini and Mercedes-Benz.