Car talking about d’Lemons (Euro style) and some salt (flats) 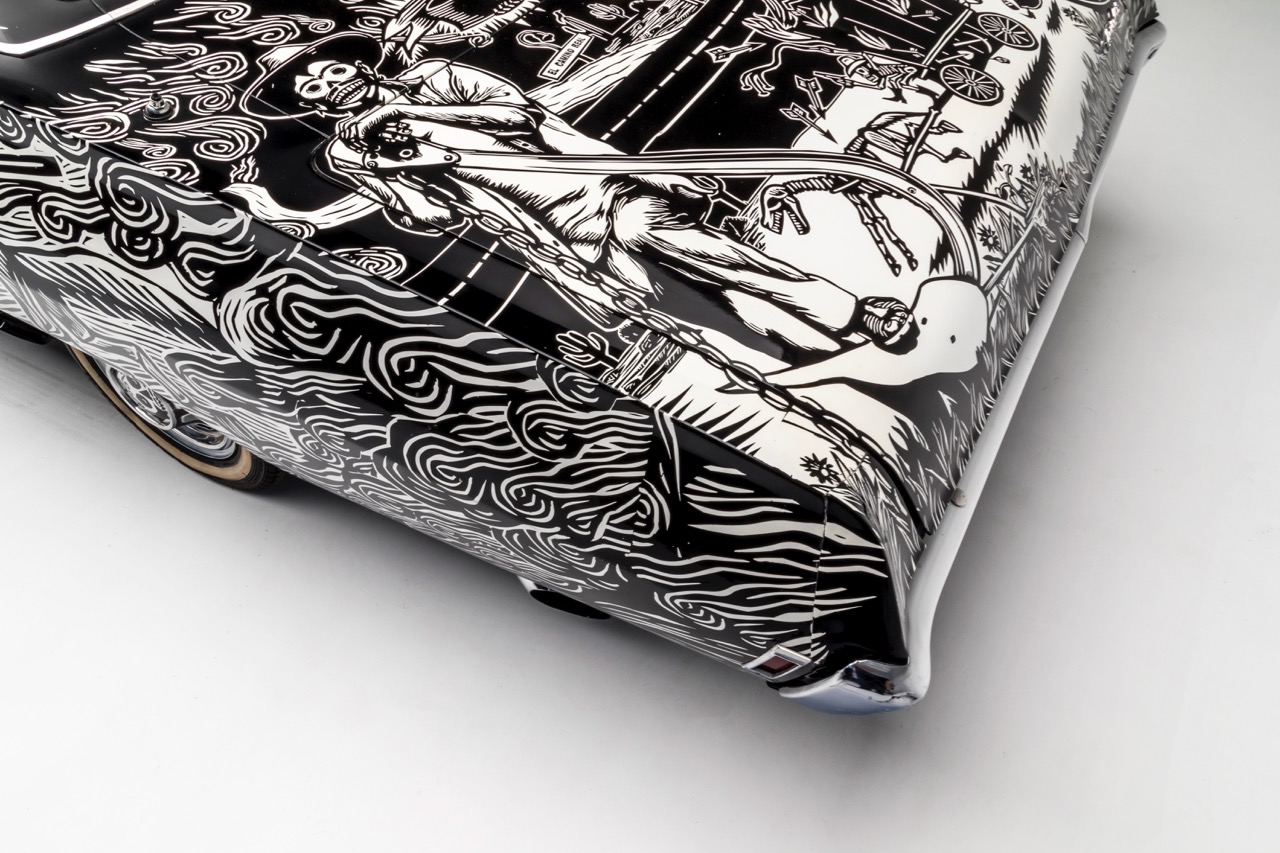 We have our delightful Concours d’Lemons car shows, but across the pond they have the Hagerty Festival of the Unexceptional:

“A stunningly rare and original range-topping Hillman Avenger GLS in its finest 1973 bright crimson/purple coachwork — with contrasting black vinyl roof, naturally — is set to join a feast of other beige, brown and taupe motoring heroes from our past, when Europe’s greatest gathering of the ordinary and uncelebrated cars that we all grew up with are presented on the immaculate lawn at Stowe House for the annual Festival of the Unexceptional, Concours de l’Ordináire, being staged by classic vehicle insurance specialist Hagerty on Saturday 22 July.”

That’s from the news release about the fourth annual Concours de l’Ordinaire for “ordinary but now rare, classic vehicles” taking place not at a crowded public part on the Monterey Peninsula but at a fancy British estate.

By the way, that ’73 Hillman carries the superhero nickname of “The Crimson Avenger.”

And in addition to the official concours field, about 300 other rare yet unexceptional cars will be gathered for the event.

Adding some spice will be the second Feast of the Unexceptional, with participants encouraged to wear clothing appropriate to the era of their vehicles, and to pack a period-correct picnic lunch.

Don’t you love it when people with classic cars show their sense of humor. I’ll bet Car Talk’s Magliozzi brothers would approve.

However, it’s sad times again for fans of Car Talk, the entertaining but also informative car-repair radio program that was a staple of NPR weekends. The program outlived one of the Magliozzi brothers who hosted the show, but now even the ensuing The Best of Car Talk program is scheduled to run only through September, and some NPR affiliates already have removed the program from their current broadcast schedule.

Wipe your feet, and your tires

OK, so it seems a small thing, wiping your feet when you enter a house — or in many cases, someone’s immaculate garage. But it is a sign of respect, and the Save the Salt Coalition and Utah Alliance are asking land speed racers to apply the practice after they venture out onto the Bonneville Salt Flats.

The effort has a couple of goals: 1. to keep the salt where it belongs and 2. to help keep the streets of nearby towns — Wendover, Utah, and West Wendover, Nevada — salt free, “demonstrating to residents and business owners that land speed racers are respectful visitors,” according to the news release.

As the 2017 racing season begins, the Southern California Timing Associaton, Utah Salt Flats Racing Association, Bonneville Motorcycle Speed Trials and Land Speed Events have agreed to establish special clean-off areas near the end of the paved road that leads onto the salt flats so racers can scape away the salt that builds up on tires, bumpers and vehicle chassis.

REAL ESTATE: Last week, Andy Reid wrote about the softening of the collector car auction marketplace. But classic cars may be doing better these days than some other investments. Consider the recent auction of the home on 3.8 acres on the Halifax River in Daytona Beach, Florida, of the late NASCAR scion Bill Jr. and Betty Jo France.

Built in 2003 and appraised at $13.8 million a decade later, the 17,000-square-foot primary home as well as a 1,700-square-foot guest house — total of 5 bedrooms, 7 full bathrooms and 6 half baths, plus wine cellar, hair salon, boat dock and more — recently sold at auction for slightly less than $5 million, not including buyer’s closing costs.

ART: I’ve written before about the parallels between classic car and art auctions, though the transactions in the world of art tend to be a 10-fold multiple of the prices paid for even the most precious of rolling art.

CAD = CARS ART DESIGN: Just as the collector car market is changing, so are the other genres of collector items. None other than Kenny Schachter, a curator, artist, car guy and commentator who’s words we share from time to time, suggests that it’s time to switch from SWAG — silver, wine, art and gold — to CAD — cars, art, design as the contemporary “passion investments.”

And, he adds, though still in the habit of using the word art instead of his self-coined CAD, “The bleak storm of social, political and economic uncertainly only adds to the desirability and safe-haven status of art. And why not art and beautifully rendered objects to help cope?”

Speaking of changes, both geographic and generational, he adds in his report for CNN that in the 30 years he’s been curating, teaching, and dealing art, cars and design, and writing about the markets and also producing art, the two biggest changes he’s witnessed are “the meteoric rise of Asia in Western post-war art- and design-buying,” though, he adds, importing a classic car into China is a mission fraught with red tape, that, and Instagram. Yes, Instagram.

“Instagram, by default, has changed how art is experienced, exploding geographic boundaries reflecting the global way we think and live,” Schachter writes. “Connecting users by shared interests, Instagram transcends hierarchies and democratizes the way information is accessed and processed.”

Which makes me wonder, how many car collectors also are active Instagrammers?