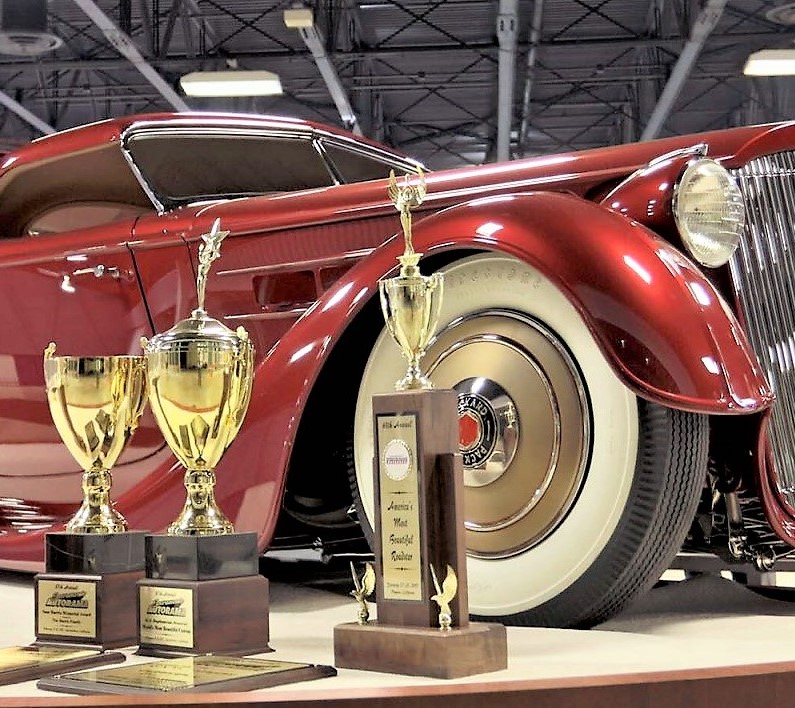 In January, the V12-powered Packard, built by Troy Ladd of Hollywood Hot Rods, claimed the honor of America’s Most Beautiful Roadster at the Grand National Roadster Show in Rancho Cucamonga, California. Ladd is the first builder to achieve both prestigious awards in a single year.

The Custom d’Elegance award is the pinnacle of more than 400 awards presented at Autorama and recognizes “the best chopped, channeled and sectioned vehicle from 1935-1948 that embodies the true spirit of a classic custom,” according to an Autorama news release.

“Troy Ladd’s history-making win as the first builder to ever win both the Custom d’Elegance and America’s Most Beautiful Roadster titles shows just how amazing his Mullholland Speedster really is.”

The Mulholland Speedster also won two other major awards at Autorama: World’s Most Beautiful Custom, which focuses on a complete custom build of a 1936 vehicle, and the Sam Barris Memorial Award, named for the brother of the famed customizer George Barris and recognizing the best metal work, alignment of body panels, and paint.

Another highly sought-after award at Sacramento is King of Kustoms, which recognizes “the best 1935-1964 custom build with particular focus on bodylines, design, flow and quality of workmanship.” That prize was won by John D’Agostino with his 1958 Packard named Rita.