Cars are growing fins and are ready to fly 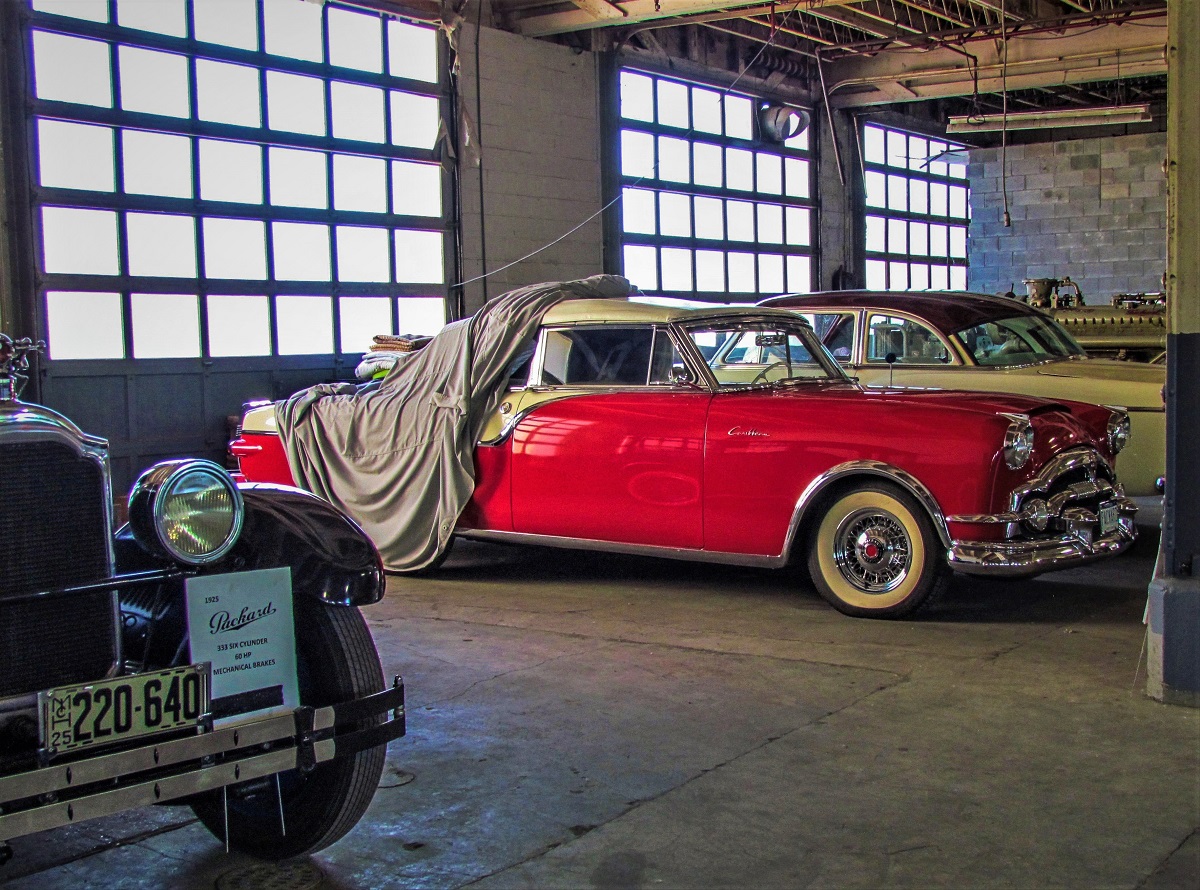 Running through Sunday, the Packard Proving Grounds plays host to an “Auto Design Art Show” to honor Bill Robinson, a designer who worked to create concept car drawings for the Packard Motor Car Company in 1951. The era was a time when cars looked as if they were ready to take flight with growing fins, grilles like fighter-jets, and afterburner-like exhaust.

Robinson donated 12 of his Packard concept car renderings to the foundation that operates the proving grounds, located north of Detroit. Those drawings will be on display during the weekend. Tonight, Robinson presents a talk about “How a Car is Born.”

Alongside Robinson’s concept renderings, work from the League of Retired Auto Designers will be on display with several members in attendance, including Wayne Kady, Virgil Exner Jr., John Perkins, Dennis Burke and David McIntosh. Additionally, automotive fine artists such as Charles Maher, Gerald Freeman and bronze sculptor Alex Buchan will display and sell their works.

The Blackhawk Museum in Danville, California, plans Cars and Coffee on December 4, from 8-10 a.m.

The Kansas City Auto Museum offers Cars and Coffee this weekend and will feature Mustang Month in the Drive-In!

Tonight, the AACA Museum in Hershey, Pennsylvania, invites guests to celebrate the opening of the Amore della Strada exhibit and the Cars & Christmas display. The night includes cocktails and hors d’oeuvres.

The Auburn Cord Duesenberg Automobile Museum in Auburn, Indiana, is holding a one-day Giving Tuesday event entitled, 100 Today or Else We Stay! The museum staff will be on hand and will stay at the museum until 100 donations of $100 or more are collected to benefit the museum’s educational programs.

The autumn series of lectures at the National Motor Museum in England resumes Saturday with Sarah Cofts discussing Women in Motorsport. On December 3, the museum’s chief engineer, Doug Hill, discusses “Under the Bonnet Again.”

The Simeone Museum in Philadelphia holds a demo day featuring the “People’s Choice” winners on November 26.