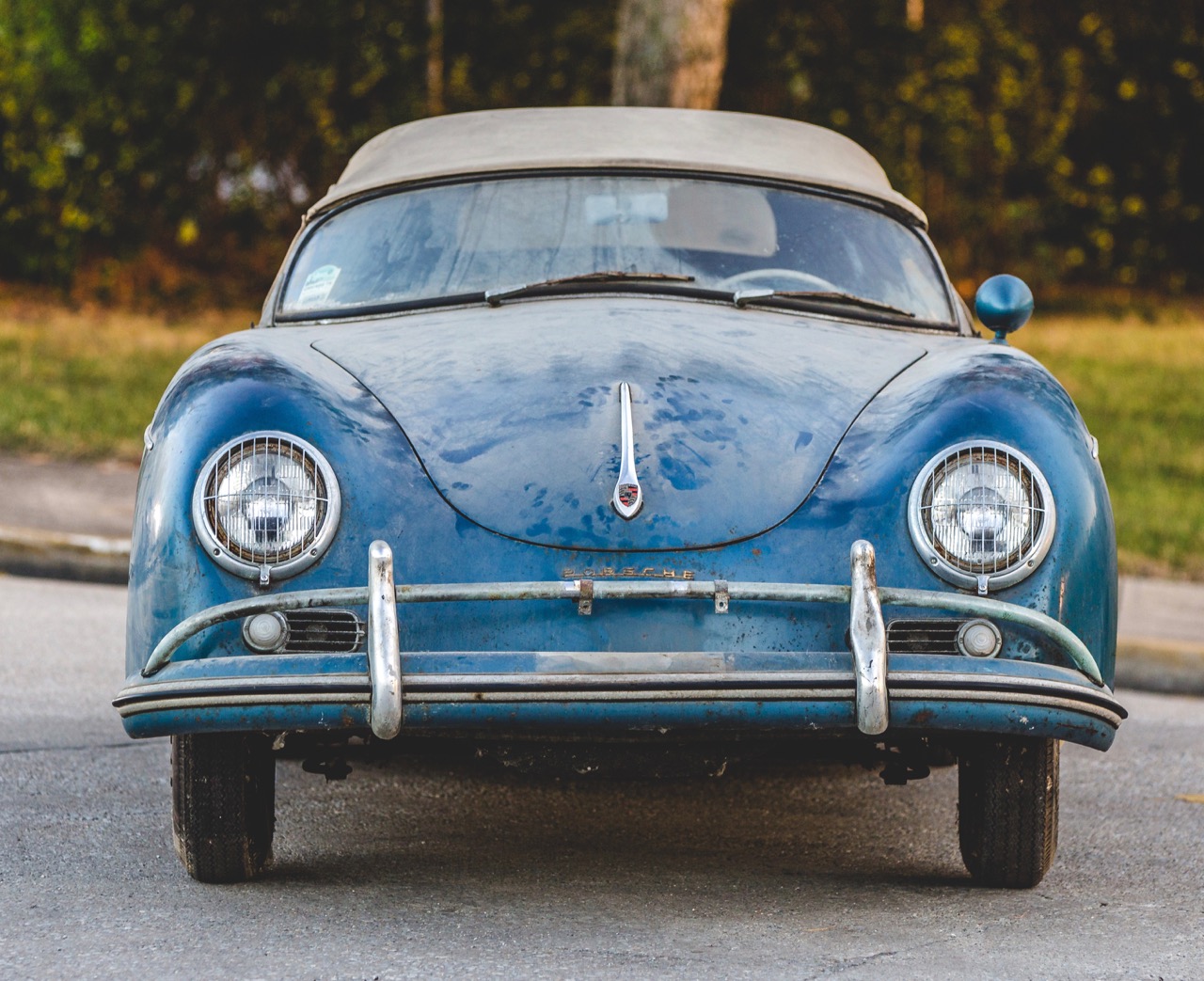 The dirty Aquamarine Blue 1957 Porsche 356A 1600 Speedster that went from more than 40 years of storage in a Chicago-area garage to Auctions America’s second sale at the Hilton Head Island Motoring Festival figured to sell for as much as a quarter-million dollars.

But bidding sped past that point until the car sold for $665,000 (including buyer’s premium) at the sale Saturday.

“We’re thrilled with the result for the Porsche 356, which reflects the continued appetite for highly original, unmolested cars,” Donnie Gould, Auctions America president, said in the company’s post-sale news release.

“We anticipated strong interest in the Speedster given its fascinating provenance and long-term ownership, but could certainly have not predicted its incredible final price,” he added.

“It was a thrill to witness — 13 phone bidders battling it out with collectors in the room in a bidding contest that lasted almost seven minutes — certainly one of the most exciting auction moments in recent memory.”

Although two cars brought more money, bidding for the Speedster may well have been the highlight of an auction at which only 56 percent of the 103 vehicles offered went to new owners. Total sales generated were $5.7 million.

That figure, especially coming not long after Hurricane Matthew struck the resort island area, exceeded the $5.4 million total of the inaugural Auctions America sale at Hilton Head in 2015. However, that sale had a 67 percent sell-through rate.

“We were happy to return to Hilton Head Island for our second annual sale, and take our hats off to the gallant efforts made by the Motoring Festival committee, together with the Hilton Head Island and Bluffton communities, in getting the Island back in shape in the wake of Hurricane Matthew,” Gould said.