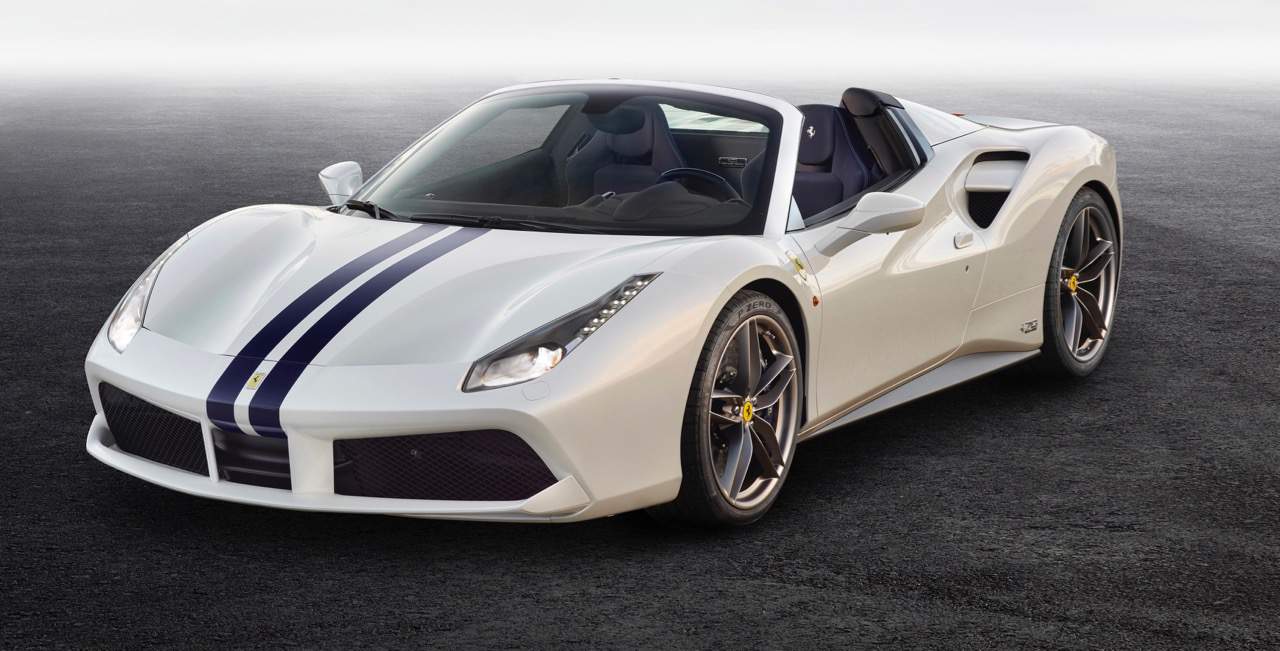 At the Paris Motor Show, which runs through October 16, Ferrari launched its 70th anniversary celebration by unveiling Tailor Made models inspired by some of its legendary racers and car owners.

The Stirling, an F12berlinetta inspired by the 250 GT Berlinetta SWB that Stirling Moss drove to victory in the 1961 Touring Trophy.

The Schumacher, a 488 GTB paying homage to the F2003-GA that Michael Schumacher drove to six victories the F1 driving and constructors’ world championships in 2003.

The Steve McQueen, a California T tribute to the 1963 250 Gt Berlinetta Lusso that the actor’s wife, Neile Adams, gave him.

Five such cars were unveiled during the Paris show press days. Ferrari said its LaFerrari Aperta division will use 70 such liveries to produce no more than 350 Tailor Made vehicles as part of its 70th anniversary celebration in 2017.

Two other designs were unveiled at Paris:

The Green Jewel, a 488 Spider in the livery of the 365 P2 campaigned by the David Piper Racing Team, a privateer British effort which won the Nine Hours of Kyalami in 1965 and 1966, and the Trophee d’Auvergne at Clermont-Ferrand in 1966.

A second 488 Spider inspired by the 1953 Pinin Farina-bodied 375 MM. The Pinin Farina example has a three-layer Bianco Italia exterior.

Ferrari also announced it will launch a world tour to more than 60 countries in 2017 that will part of its 70th anniversary celebration. That tour will feature current and classic Ferraris and will conclude with a special event in Maranello, Italy.