Photo quiz answers: Did you spot the fakes? 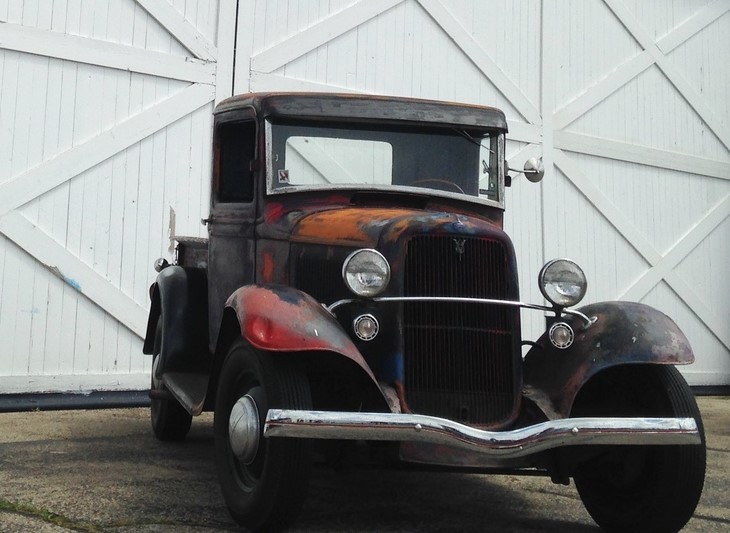 Last week, we asked readers to view eight photographs and determine which ones were authentic, period pictures of classic cars taken between 1950 and the early 1970s. If you haven’t seen them, here’s the link: Photo Quiz. This is your spoiler alert.

We suggested there could be details in the photos that would give the game away, and asked our astute readers to point them out.

Instead of one fake photo, we were looking for any and all. Truth is, only one photograph, No.  7 (the custom Cadillac), is a real period photo. The rest are “fakes” and were taken recently at The Shakedown, one of the largest traditional hot rod and custom car shows in the Midwest.

The great vintage backdrop in the photos is the new home of the event, Pioneer Field at the Experimental Aircraft Association’s AirVenture campus in Oshkosh, Wisconsin, which gave up few clues to our keen-eyed readers.

While the quiz was fun, it also offered a unique way to report on the incredible authenticity that the organizers of The Shakedown strive to present. Called “Summer Camp for Hot Rodders,” the annual August show is open to pre-1964 cars that meet rigid standards to be period correct. The results are accurate enough to make knowledgeable car guys question what decade they are looking at. As with these photos, seeing is believing.

The time-warp extends to the camping area, where vintage travel trailers are given a block of shady campsites apart from the masses of modern RV’s. Ladies in 1950s summer dresses mix Singapore Sling cocktails with ice from vintage Coleman coolers under paper party lanterns. A honky-tonk band with slide guitar and stand-up bass waft music through the campground on a lazy summer afternoon. It’s like the Burning Man festival, done in rockabilly style.

The Shakedown’s participants are so committed to playing their retro roles in this lifestyle event that many will undoubtedly use our reader’s observations to sharpen their game, striving to perfect their illusion of life in America’s Golden Age, if only for one weekend each August.