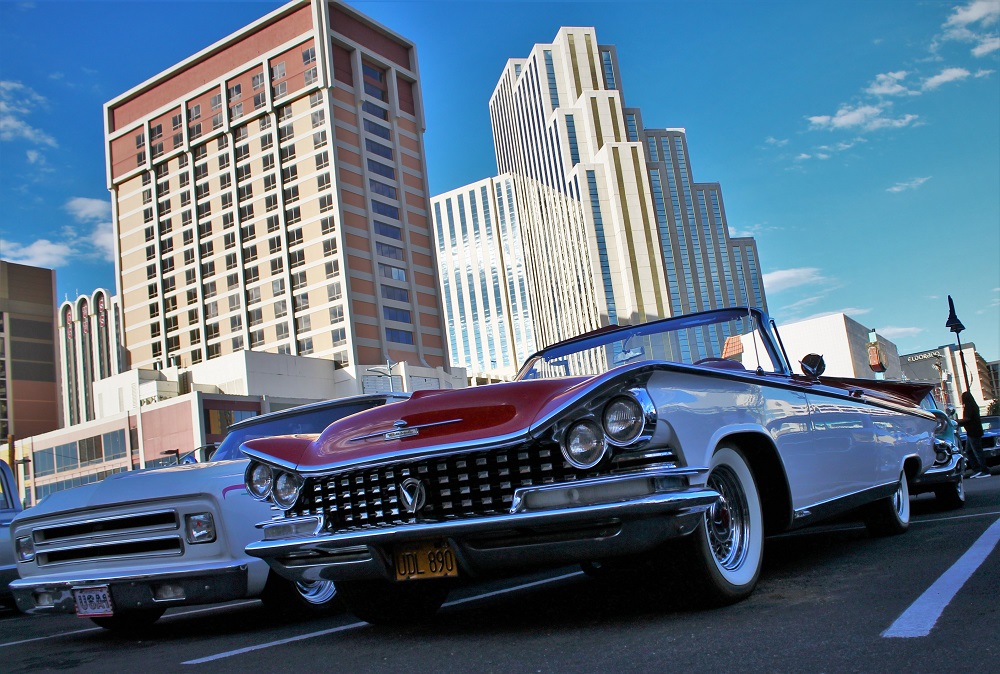 Hot August Nights was created 30 years ago in an effort to fill a summer tourism void in Reno, Nevada. That void has been more than filled to become one of the premier events for classic and collector car enthusiasts as thousands of  cars flood the streets and take over downtown.

Classic cars can be seen at each major hotel, resort and casino in the downtown area, each with its own flare for attracting various makes or models. For example, Thursday night Classic Car News attended the cruise-in at the Sands Regency Casino Hotel,  a unique backdrop to showcase American muscle, hot rods, and custom builds.

One participant, the owner of a custom 1969 Willys truck, said he had rushed to finish his build, finishing just hours before bringing the truck to Reno from Washington State so he could show it at Hot August Nights for the 30th celebration.

The Sands also attracted several low-rider style cars as well as car clubs that parked together and played music from their cars to get the crowd moving around.