Commentary: Cautionary tales as we march toward Monterey 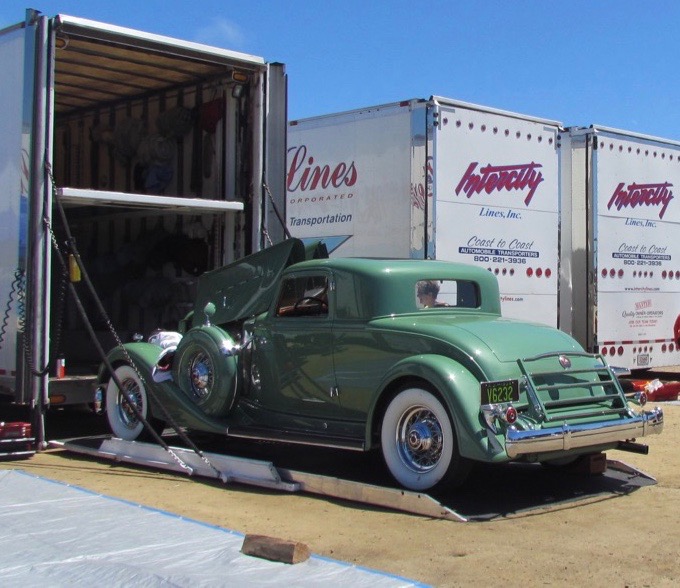 I don’t know if you’ve noticed, but the dockets for the collector car auctions in mid-August on the Monterey Peninsula are beyond spectacular. Even the number-crunching, algorithm-building geeks at Hagerty announce today that they expect total Monterey auction sales to exceed $370 million.

Further, they note, nearly a dozen cars have the potential of selling for $10 million or more, in some case much, much more.

My sense is that at least two things are taking place:

One is that a number of the men and a few women who have assembled some of the world’s most fabulously sculptural and dynamic collections of steel and rubber, brass and glass, aluminum and leather are aging, and they realize they should not abdicate to a grieving family the relocation of their cars.

Two, and perhaps more significant, is that a large group of collectors believe that in the face of political uncertainty at home, a post-Brexit economy in England and Europe, and terror and turmoil elsewhere around the globe, the auctions next month could be their last opportunity in perhaps the next two to three years to maximize the return on their passionate investments.

Thus at Mecum, Russo and Steele, Rick Cole, Bonhams, Gooding & Company and RM Sotheby’s, we’ll wander through the auction preview paddocks and be wooed by the array, but we’ll also wonder how there possibly could be enough available cash for all of these marvelous machines to go to new owners.

But then someone will remind us that in each of the past two years, people have spent more than $400 million at Monterey to acquire collector automobiles, and that if you have money, and since the banks aren’t paying any interest and the stock market is volatile, so you might as well invest in something you can enjoy both visually and vigorously.

Reservations about reserves: Those who consign their collectible cars to auction often hedge their bets against the bids by establishing a reserve price, a secret figure the bid must reach before the auctioneer has permission to hammer the car “sold!”

As bidders start to lose enthusiasm, or to reach the limit of what they’re willing to spend on a specific vehicle, auction houses will encourage the consignor — sometimes with a forlorn look, sometimes with a rather more assertive posture — to drop the reserve so the car will sell.

Since the recession, we’ve seen prices soar at what felt like exponential rates, and people were flooding the market with Ferraris and Porsches and other cars that were proving popular with buyers. Some feared the bubble would collapse, as it did in the gold-chain era of the late last century.

And it’s not just with collector cars. “Does Failure of Largest Diamond at Auction Portend Larger Shift?” asked the Artnet News headline after the largest uncut diamond discovered in more than 100 years failed to sell at a recent auction. The 1,109 carat, tennis-ball-sized Lesedi La Rona gem (“Our Rock” in the Tswana language spoken in Bostwana, where the diamond was found) did not sell despite being bid to $61 million, a “mere” $10 million less than the rock’s reserve.

As The New York Times reported recently, because of global uncertainty, there has been a “sharp decline” in the demand for luxury assets — real estate, art, jewels and, yes, collectible automobiles.

As evidence, the newspaper quoted the head of a high-end real estate appraisal and consulting company: “We’ve just come through a boom unlike anything I’ve experienced in 30 years in the business.” However, he added, “The hard asset buyers have all cooled at the same time.”

Which brings us to another cautionary tale: Know against whom you are bidding. Or you might learn an embarrassing and expensive lesson, just as the Keno brothers have done.

Artnet News and The New York Times both reported recently that the Keno twins, Leigh and Leslie, famed for their work on Antiques Roadshow and long-time car guys well-known to the car-collecting community, are in a kerfuffle with auction houses in two cities because they were actually bidding against each other for paintings, antique furniture and rugs, and dozens, perhaps hundreds of other items. As a result, they were paying much more than the pre-auction estimates on those items.

The results: Two auction houses say the twins owe a combined $600,000 for what they purchased. The Times reported that the brothers already have paid a portion of the bill and in a joint email, they promised to “make good” on the rest of their bids.

So, as we begin the march toward the Monterey Peninsula, remember these cautionary tales: Don’t be surprised if bidders run out of money before the last car crosses the block; Consignors should be realists when it comes to pulling their reserves; Bidders need to be sure they’re not bidding against themselves — or a close relative.