Encyclopedic examination of the International Scout 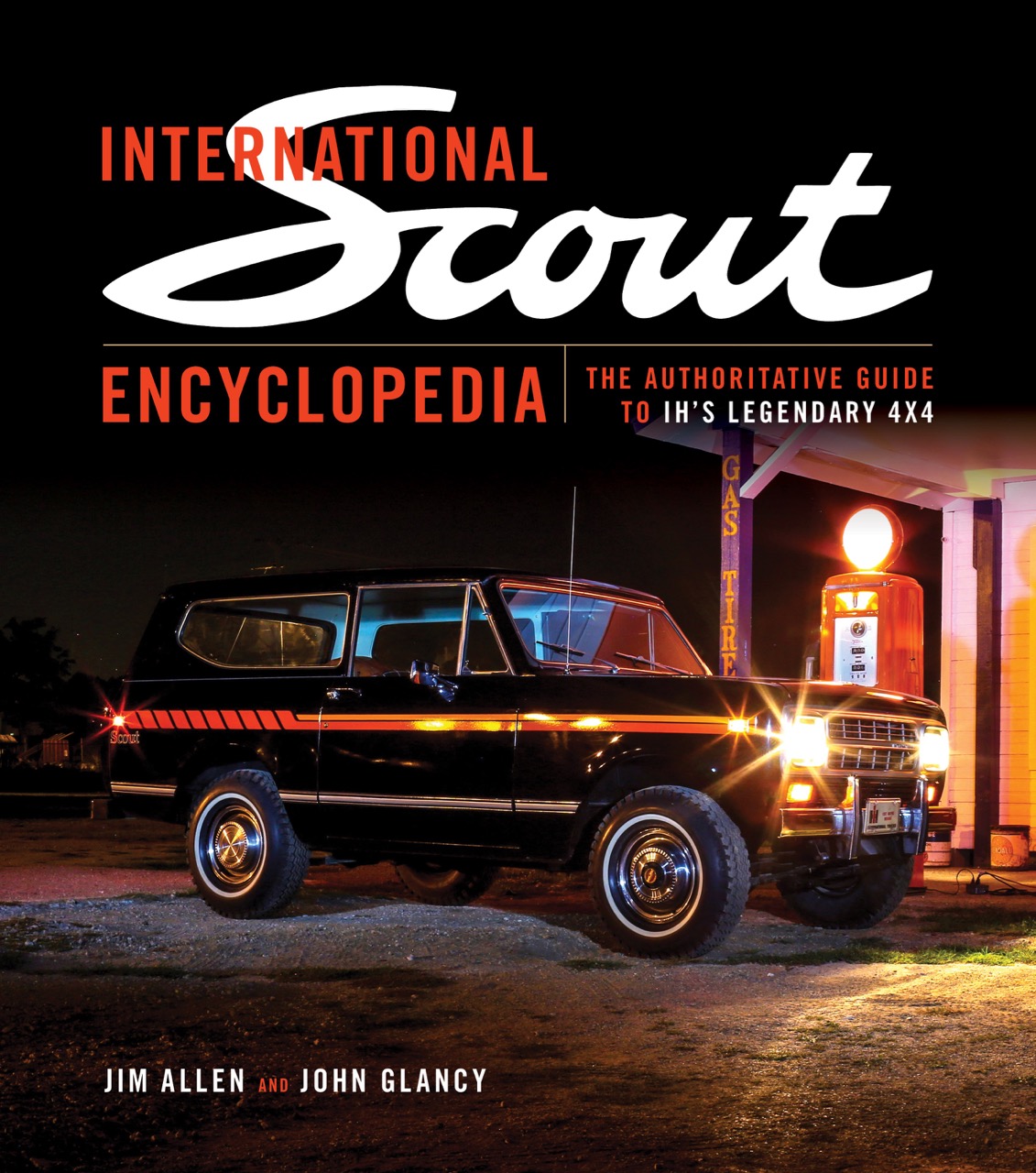 After 50 years of motor vehicle production, and more than a century after manufacturing its first farm equipment, officials at the International Harvester Company were ready to venture into a new automotive segment. They would design and develop what they officially termed a “small 4×4 unit.”

Auto enthusiasts and collectors will recognize that “unit” as the Scout, a pioneering sport-utility vehicle that had a relatively brief production run — 1960 through 1980 — but that was available in so many variations that nearly half of the recently published encyclopedia about the vehicle is devoted to those special versions.

Living up to its title, International Scout Encyclopedia: The Authoritative Guide to IH’s Legendary 4×4 by Jim Allen and John Glancy is, indeed, an encyclopedia-sized- and encyclopedically detailed examination of the IH Scout, extensively researched by two experts on the vehicle.

The book is the latest of a dozen by Allen, a 4-wheel-drive specialist of whom publisher, Octane Press noted “thought he knew a fair bit about Scouts when he started this project but soon learned differently and happily trudged up the Scout history learning curve.”

Glancy’s family has owned IH vehicles since the 1940s, and he has an IH Scout and IH Light Truck parts business he purchased from Navistar (successor to IH), was founder of the IH Scout and Light Truck Nationals and swap meet, and has been a board member of the IH Collectors Club and was its original webmaster.

The research is impressive, encyclopedic even, down to such things as the Motor Truck Product Committee deciding to pursue a “small 4×4 unit” in its meeting report No. 571 on December 22, 1958. At least, “That’s the dry-as-toast version,” as the authors put it.

To make sure their encyclopedia isn’t as dry as toast, Allen and Glancy telling us stories about the people behind the project, the ups and downs of the vehicle’s development, and of the corporation’s successes and demise. And along with Octane Press they present that story in a hefty book with oversized pages and photographs and illustrations of everything from the initial design sketch to those of Scout proposals that never reached the assembly line.

Like Allen, I learned a lot. Just a few examples: Spartan, Scouter, Ranger, Commando and Comanche were other names considered by IH; the Scout didn’t have roll-up windows until 1963; the initial Scout was underpowered but IH found a solution in the turbocharger that someone else had been developed for the Chevrolet Corvair.

I do wish I would have learned a little more about IH itself in the book. With characters such as Cyrus McCormick, J.P. Morgan and Raymond Loewy in its history, not to mention the Haymarket massacre, a brief chapter on the corporation seems fitting. The authors also assume that when they mention such products as the IH B-Series and C-Line and the Bonus Load bed we know of what they writes.

On the other hand, the book’s stated focus is the Scout, and that subject receives seven pounds of encyclopedic treatment.

IH’s idea of a 4×4 smaller than its pickup truck but larger than a Jeep CJ was spot on, we learn, although others had the same idea. For example, Ford was about to launch its Bronco and the Chevy Blazer was in the works, and IH wasn’t positioned to compete in the mass market. IH pulled the plug on its light trucks in 1975 and the board of directors wanted to scuttle the Scout at the same time, though it would be another five years before the last one was built — and is featured on four pages of the book.

Speaking of pages, pages 204 through 313 present the array of Scout special versions, including Scout Camper, the Red Carpet Series, Sport Top, Aristocrat, Midas Cruiser, Hurst Shawnee and even the Glassic, a Scout that looks like a Gatsby-era classic car.

Following the specials are a couple more chapters, one of them on Scouts in motorsports, as well as a series of appendices that complement the book’s earlier generational data detail pages while providing details about such things as museums with Scouts on display, parts and service sources for owners, VIN locations and serial numbers, and Line Setting Tickets (aka build sheets) and their importance for buyers and restorers.

But what I found even more interesting was the “What Might Have Been” chapter (pages 314-339) about the Scouts that never were, those planned for the 1981-1985 model years, complete with design renderings and photographs of clay models.

If you truly want to be encyclopedic, you not only tell the story of what was, but of what could have been.