Paris banning older cars from driving in the city 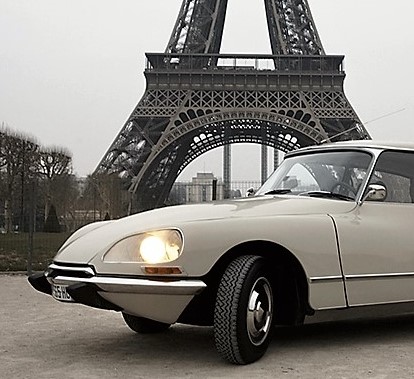 Another sign that the automotive apocalypse is nigh: Paris has banned all cars registered before 1997, or motorcycles before 2000, from entering the city center during weekdays, starting July 1. Eventually, the French capital will restrict all vehicles more than 10 years old from driving in any part of the city. Fines will be imposed on violators.

That means no more classic Citroens, Peugeots or Renaults that make Paris streets all the more colorful. It also means that those unable to afford newer vehicles won’t be able to drive in the city, which is raising complaints of economic discrimination.

The reason for the ban is smog. Air pollution in Paris has gotten worse in recent years, contributing to illness and deaths, and city officials are pulling out all stops to combat the problem. A ban on trucks went into effect last year.

Dense traffic is also a constant problem in central Paris, and the ban is designed to encourage more people to use the city’s public-transportation system instead of driving.

The restriction for pre-1997 cars is not expected to effect a large percentage of the population, with only about 10 percent of Parisian cars being older than 1997 models, although the less-affluent will be disproportionately affected.

No word so far as to whether Paris would consider sparing classic or historic vehicles from the ban. In many places, bona fide collector cars that are driven relatively few miles on limited occasions are exempted from pollution-control restrictions because of their small numbers and irregular use.

Once the full ban is in effect, it could mean no more classic car cruises for those who want to tour the City of Lights in vintage style, such as riding in an emblematic Citroen DS.

After the initial older-car ban, Paris officials plan to refine the traffic limitations with a system that would assign numbers to vehicles based on their level of emissions so that only the least-polluting would be allowed into the city.