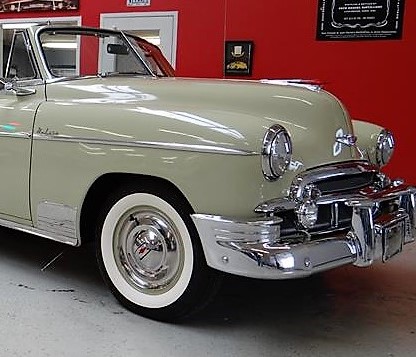 Selling a collector car through an online listing can be a long and frustrating process. Or, it can be a brief and rewarding experience. It depends on so many things: your asking price, your timing, your choice of selling sites and, of course, whatever it is you are selling.

The latest graphic from Hagerty, the classic car insurance and valuation company, shows the collector cars that have the shortest selling times, according to a survey of online listings dating back to January 2015. What emerged is a motley group of the expected and the unexpected, some of which have seen rising values and others that have not.

Hagerty points out that the chart-leading 2005-06 Ford GT has had tremendous demand and strong prices during the past year, calling it “one of the market’s star performers.” Other strong-selling cars on the list are 1980s BMW 6 and 7 Series, 1963-71 Mercedes-Benz SLs and early-model Dodge Vipers.

Those with short-selling times but flat values are the Pontiac Grand Ville, Oldsmobile Toronado and the Chevrolet SSR retro pickup truck.

Hagerty notes the most surprising car on the chart is the 1949-52 Chevrolet Styleline, a car that has shown no particular rise in demand, popularity or prices, yet which places No. 2 on the fast-sellers’ chart with an average time span between listing and selling of 67 days.

“Is this model’s supply low enough to offset its low demand, resulting in quick turnover when they do come to market?” Hagerty asks in its report. “Or, more interestingly, is this model positioned for a price increase very soon? As the only car of its era to make this list, the Styleline is worth watching.”