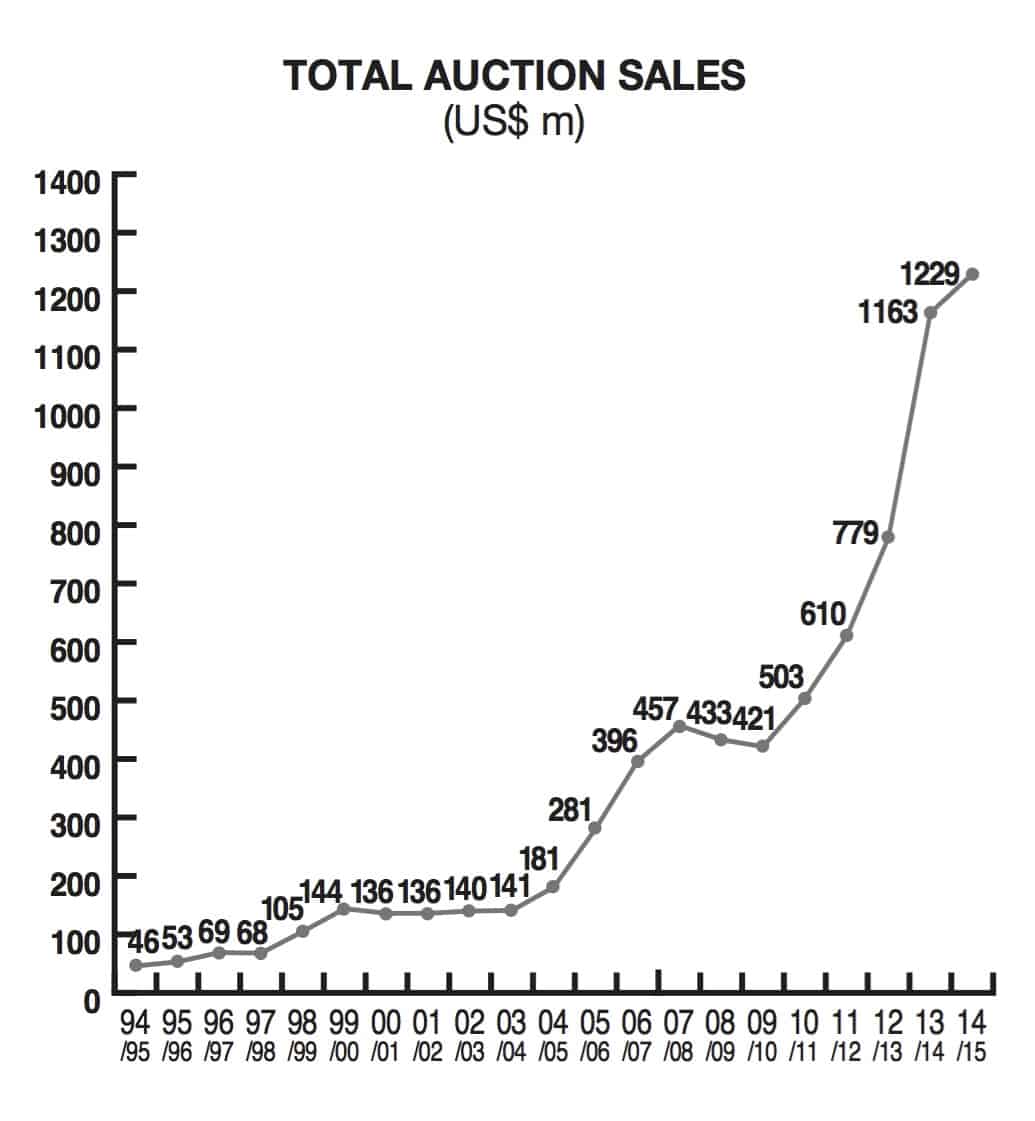 No doubt you’ve noticed that the prices being paid at classic car auctions have stopped escalating at a ridiculous rate. However, this does not reflect gloom and doom in the marketplace, according to the co-authors of the annual book that recaps – this year in a whopping 424 pages – the previous year of high-end sales at collector car auctions around the world.

“The overall strength and the stability of the market is confirmed,” contend Adolfo Orsi and Raffaele Gazzi, who have been publishing their annual tome for 22 years. 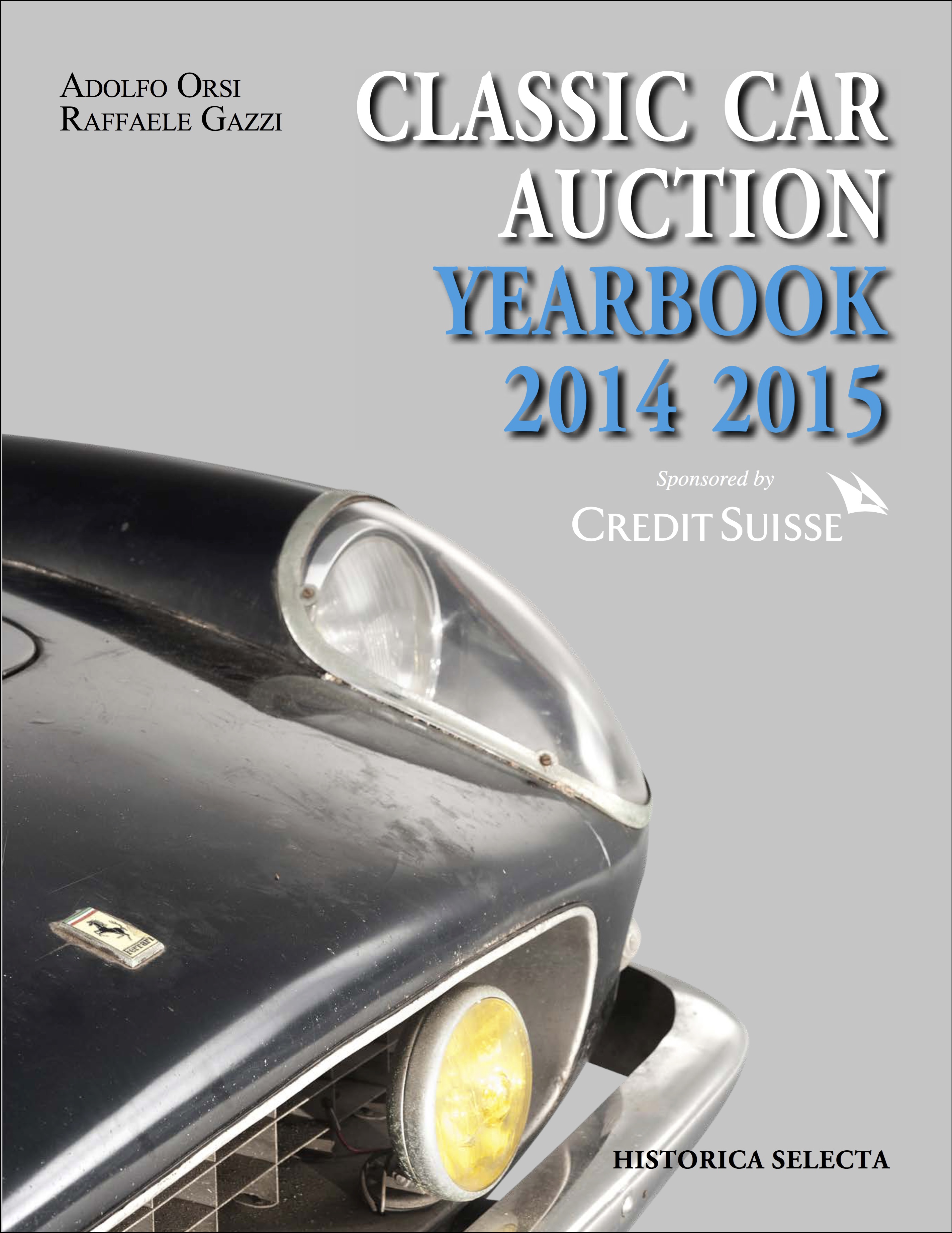 They back up that belief with statistics, noting that for only the second time ever, sales at major auctions between September 1, 2014, to the same date in 2015 topped $1 billion, and for the first time those sales also exceeded 1 billion euro (and, yes, they have more to say about the recent swing in exchange rates as the dollar strengthens against other currencies).

But don’t get too caught up in prices alone, they add.

“Our collectors’ world is in good-to-optimum health,” they write. “There are ever more prestigious events to attend.” They note that Sotheby’s had gotten back into the game. “Restoration shops are doing well, and more manufacturers than ever before have created dedicated heritage centers.”

“Even more significant for the market’s future is the arrival of quite a number of new collectors, many of whom are a generation younger…” (And yes, they and others who contribute analysis in the book explore how these younger buyers are driving up prices for some newer classics while not being ready yet to spend on such things as 300SLs).

The younger audience is bringing changes, but there’s a much bigger change in the marketplace that draws the authors’ attention.

“For the past five years it has been a sellers’ market — now it’s becoming a buyers’ market,” they write. “There is no longer a queue to buy any old car at any price. Now buyers are more careful to evaluate rarity, quality and, above all, the history of cars, and can thus dictate conditions…”

And other analysts agree.

“This phenomenon is to be welcomed,” Lamoure continues, “for if prices continue to rise, we surely risk the market collapsing! The fact that there is some correction of prices today is very reassuring and demonstrates the durability of this market.”

Notes Max Girardo, managing director of RM Sotheby’s European operations, “We have certainly seen the end of a period where below average cars command above average prices and it is the responsibility of dealers, brokers and auction houses to provide a very strong steer to clients who have unrealistic view of what their cars are worth. Strong prices can comfortably still be obtained, but 20 percent year-on-year growth can no longer be expected as ‘normal’.”

Girardo also has a positive outlook because, “Crucially, it is the fact that the market is still fundamentally underpinned by enthusiasts that is most important to the long-term health of the hobby.”

“Sheer enthusiasm and engagement within the collectors-car hobby will ensure that this market will sustain itself,” writes Jacob Greisen, Bonhams vice president and head of its U.S. motoring department.

“The increasing number or rallies, tours and concours are all filled to the brim with people who simply love cars and don’t mind getting up at dawn to follow their passion: a sure sign that those cars were not just bought for an investment; and they certainly provide so much more fun than mere stocks and shares,” he adds. 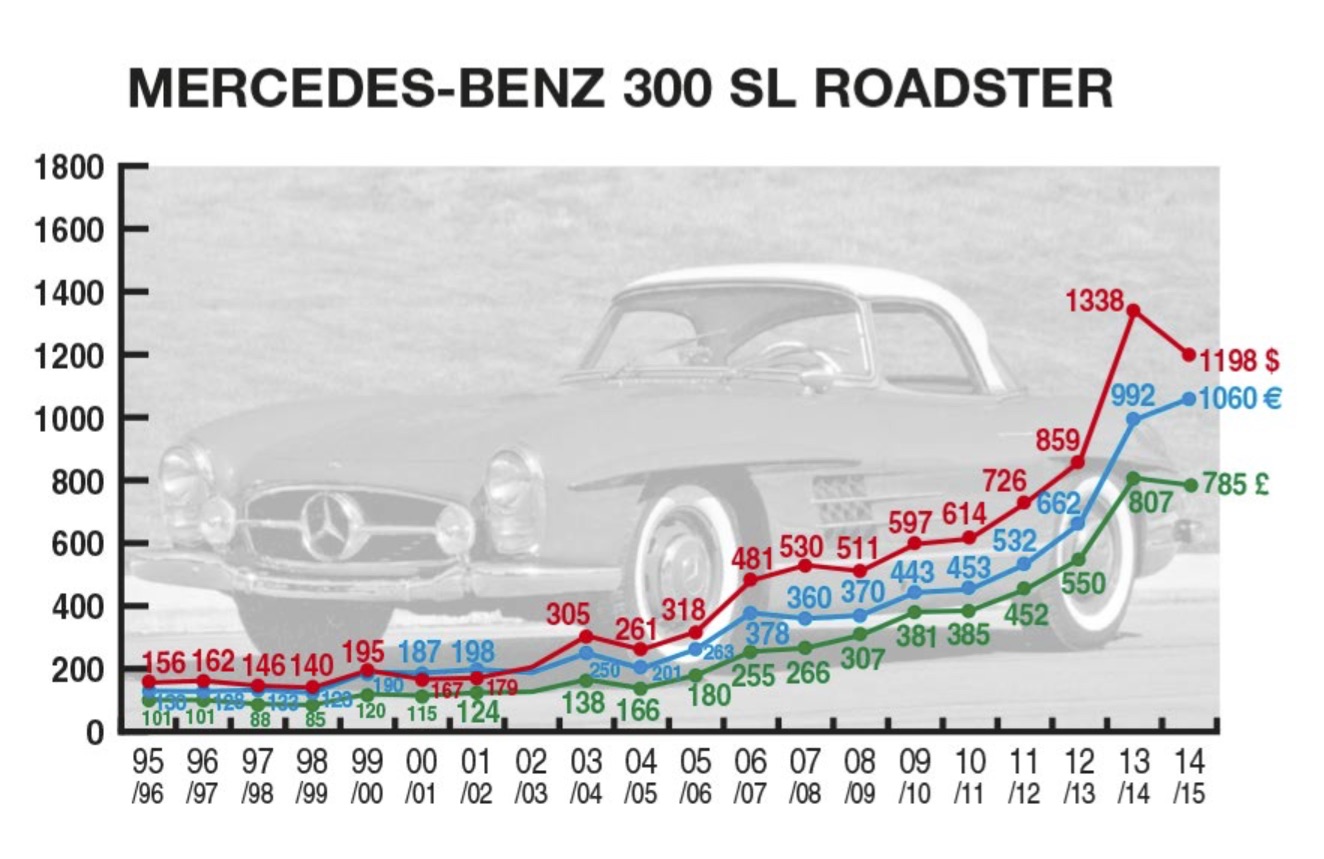 Beyond such analysis, the yearbook includes all sorts of charts and graphs tracing not only the overall marketplace and its various segments, but it follows cars that have crossed auction blocks more than once in the past 20 years, lists the top 250 sales of the past year, and then details all 5,154 cars (of 318 different marques, from Abarth to Zoe) that were offered for sale at the major auctions of 17 different auction houses. And finally, it recaps the top five sales from each of the past 21 years.

Even with sponsorship from Credit Suisse, the book costs $79. However, it provides information that, as far as we know, can be found from no other source.