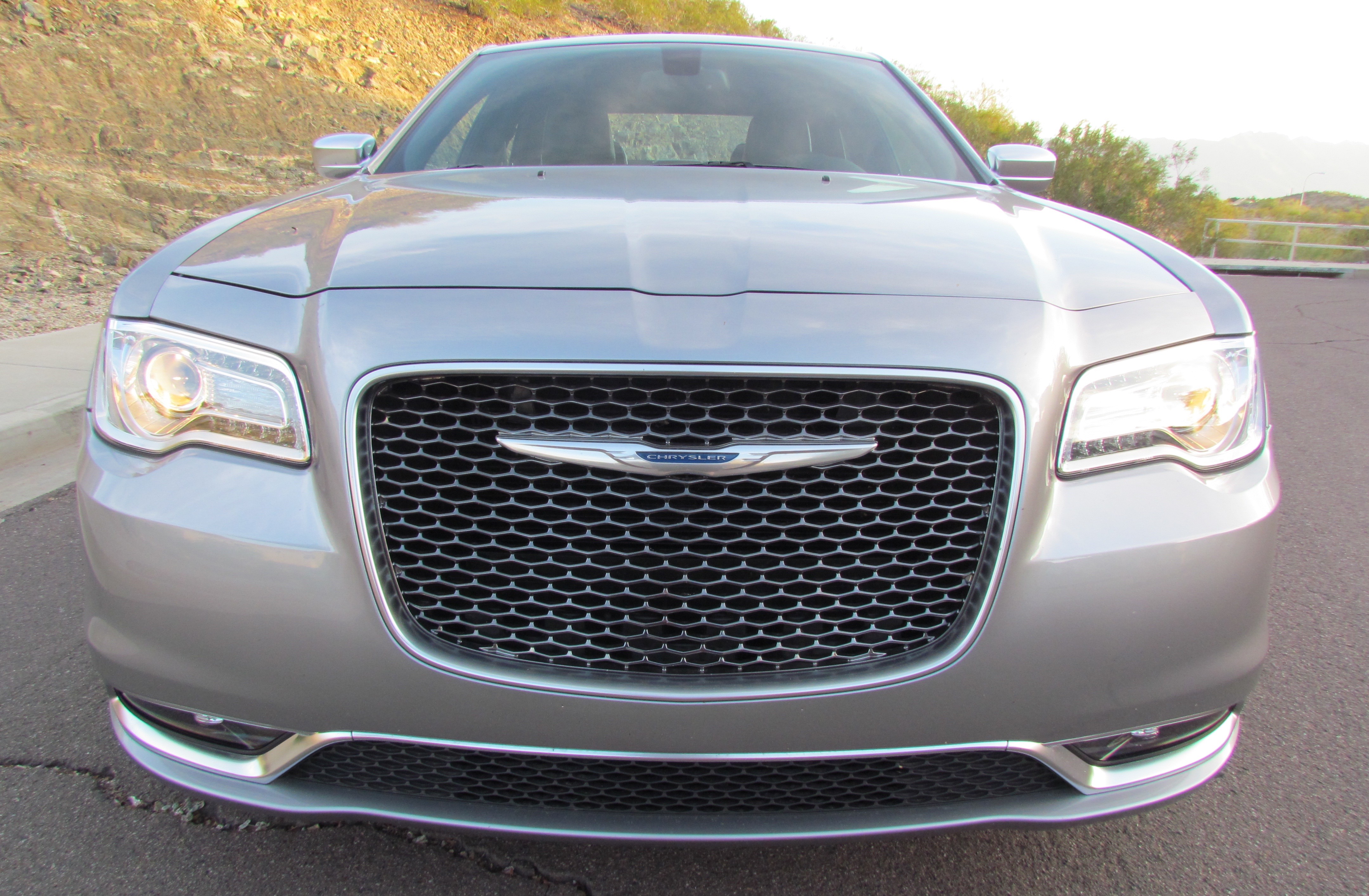 Put down the telephone. Don’t even think about texting from behind the wheel. Because you best pay attention when you drive the new 2015 Chrysler 300C equipped with the 5.7-liter Hemi V8.

Yes, the engine has only 363 horsepower, not overwhelming when you consider that the Chrysler 300 is a full-size four-door sedan. But those Hemi heads not only pump out the horsepower but also the torque — 394 pound-feet of twisting power that responds immediately to the slightest tip in of the accelerator pedal.

Full-size sedan, perhaps, but what this big car feels like is a vehicle ready for a quarter-mile run at your local drag strip. But don’t worry, those aren’t racing slicks on the 20-inch rear wheels; they’re 245/45-ratio Firestone Firehawk GT all-season tires that may not be summer sizzlers but which still have enough grip to launch you smartly when the stop light goes green.

And yet this 300C is quite happy simply being FCA’s mainstream American sedan, albeit one that Chrysler says was benchmarked against more expensive luxury sedans.

Plus even the rear seats are heated, and there’s a dual panoramic sunroof so those sitting in the warmth of the back seats can do so with open sky above their heads.

Our test version included the 5.7-liter Hemi V8, a $3,000 option that brings with it four-wheel performance disc brakes and a 150-mph speedometer.

Add in destination charges and the as-tested price was $46,390.

You may wonder about the rotary-dial-controlled 8-speed transmission, but it’s much like the one introduced a few years ago in the big Ram pickup truck and it works just fine, plus it frees up a lot of room on the console since there’s no clunky shift lever to work around.

Not that interior space is an issue in the 300. This is a roomy car, from the front seats to the back seats to the 16.3 cubic feet of trunk capacity.

During a walk around of the new car, brand manager John Zaremba noted the revised design featuring new front and rear fascia and a 32-percent larger grille.

You may recall the rebirth of the Chrysler 300 series in 2005, when Chrysler could take advantage of Mercedes platform technology and produced what appeared to be a Bentley, but at a reasonable price point. For 2015, Chrysler, now working as part of Fiat Chrysler Automobiles, wanted to return to that bold look, wanted to give the car a more-aggressive attitude than was displayed by a redesign for the 2011 model year.

Chrysler says this newest version was inspired both by the 2005 version and by the original Chrysler 300, a Hemi-powered C300 coupe produced for the 1955 model year, when it was the most powerful of American automobiles. A year later, the nomenclature would be rewritten and the 300B would set a world passenger-car speed record on Daytona Beach, as would the 300C for 1957.

But speed isn’t the only attribute of the 2015 300C. It’s also smooth and nimble, and very easy to maneuver, even to park, for a full-size sedan.

Chrysler notes that when equipped with its basic 3.6-liter V6 engine the car offers the best highway fuel economy in its class, as well as the best driving range before you have to stop to refill the tank.

But back to this car’s 1955/2005 design inspiration. The interior designers say they also were inspired by that theme, and thus the colors and materials of four distinctive interiors. Our test car had an all-black interior, inspired, said Chrysler, by the “high-fashion and rock-’n’-roll edge of Fifth Avenue in New York City.”

The other themes are indigo and linen, inspired “by La Jolla’s ocean views lined by sandy expanses and unexpected coves;” black and linen, inspired by a city “that projects ‘oneness’ with its environment — Sausalito, California;” and the black and ambassador blue of the “tenacious, ‘never-say-die’ spirit of Detroit.”

Speaking of Detroit and New York, the 300 can be equipped with all-wheel drive for enhanced winter- and wet-weather traction.