Copperstate contingent returns with tales from the trails 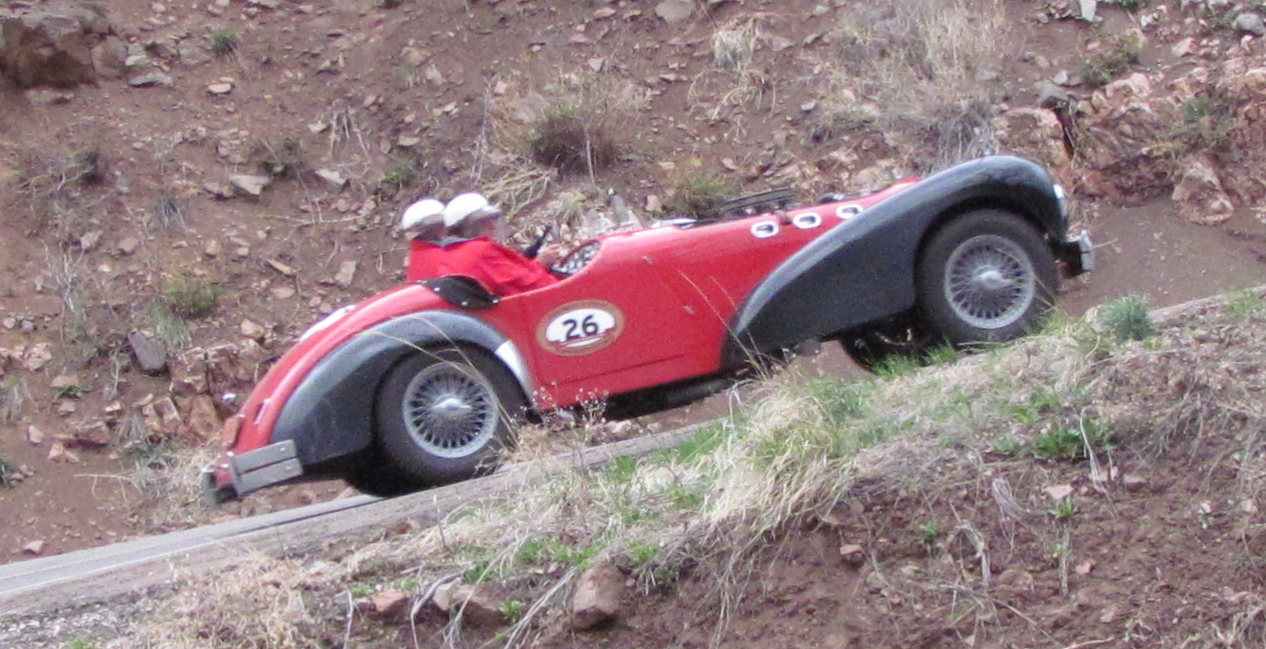 A record 94 cars participated in the 23rd annual Copperstate 1000 vintage and sports car rally, which actually turned out to be the Copperstate 1111.1 this year with a route that included not only highways and byways in Arizona but a quick crossing of part the Mohave southeastern California and even a little slice of Nevada.

The drivers and co-drivers of each of those cars have stories to share from the route, though perhaps the most dramatic of those stories is shared by John and Peg Leshinski, and it may be a poignant tale for all of you who drive open-cockpit vintage cars.

This year, the Leshinskis did the drive in their 1952 Allard K-2, a car originally purchased by Al Unser Sr., who raced it up Pikes Peak and who later won the Indianapolis 500 four times.

Because the Allard not only has on open cockpit and only a pair of very small wind deflectors instead of windshield, John wanted Peg to be as comfortable and as protected as possible, so he decided they should wear period-correct helmets on the rally. He found a French company that makes just such helmets, and with clear and full-face wind visors.

“They looked like what Phil Hill wore,” he said in reference to the only native-born American ever to win the world Grand Prix driving championship, in 1961.

It was on the northbound stretch across the Mohave that the Leshinskis encountered a southbound semi, the cab and trailer creating so much turbulence that it sucked up the Allard’s hood, breaking the leather hood strap. The hood slammed back over the passenger compartment, smacking John and Peg in their heads, or, more accurately, in their helmets.

Peg compared the impact to be “hit by a railroad tie.”

Somehow, John got the car stopped safely, neither of them was injured, and with help from others who stopped to provide assistance, they removed what remained of the hood and continued on along the route.

It was interesting that John Leshinski brought up Phil Hill’s name, because Phil Hill’s son, Derek, was on the Copperstate this year, driving a 1962 Aston Martin DB4 owned by Chris Andrews.

Also on the rally were Michael and Katharina Leventhal and their 1953 Ferrari 340 MM Le Mans Spyder, which, it turns out, is the very same car in which Phil Hill did his first race in Europe.

On the second day of the Copperstate, the Leventhals invited Derek Hill to drive their car.