The Classic Cars of Perry Mason

Decades before modern day Law and Order, Perry Mason ruled the TV court room and the roadways too. Airing from 1957 to 1966, the show followed a ruthless Los Angeles defense attorney commanding the court room with crafty cross-examinations, often revealing unexplored evidence and solving murder mysteries in his client’s favor during the proceedings. Perry was just as notable on the highway as he was in the courtroom. Perry and company drive from episode to episode in some of the most coveted classic cars in the collector’s world.

Although Perry drives a myriad of automobiles during the shows nearly ten year run time, he’s most often seen in classic Ford and General Motors models in the early episodes. Take a look back through time at some of Perry’s retro rides.

Cadillac Series 62
Throughout the first few years of the series, Perry seems to favor the Cadillac Series 62, which is no surprise considering General Motors was a major advertiser for the program and network. Perry cruises from crime scene to court room in the convertible model known for its unique tail design. He is seen in the 1957-1959 models most. The body featured iconic bullet shaped tail lights embedded in a fin shaped bumper, a departure from the more rounded shape of prior models.

The Cadillac Series 62 was a fairly diverse model. It was available as a 2-door and a 4-door, and also as a coupe model. Production of the Series 62 continued into the mid 1960’s, until it was eventually replaced by the Cadillac Calais. 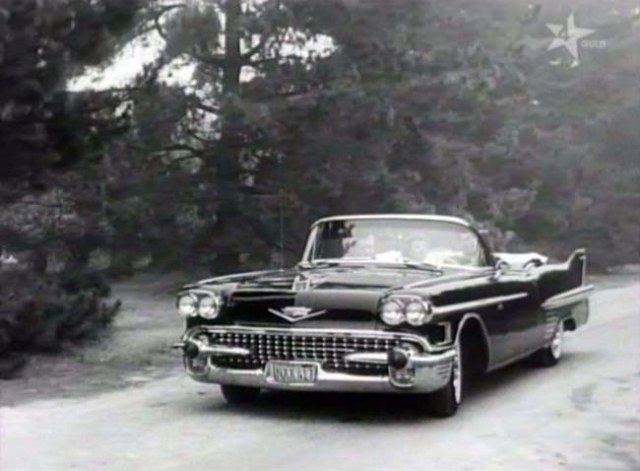 Ford Fairlane 500 Skyliner
Perry also favored the Ford Fairlane 500 Skyliner. Produced from 1957 to 1959, the Skyliner might seem like a standard convertible to the laymen. But classic car lovers can agree that the Skyliner was an innovative model for the 1950’s: featuring a unique a retractable hardtop, the first of its kind at the time of production. Perry is seen in the model both at work and at play. He is seen driving around town with the top up, and charming ladies on night time cruises with the top down.

The retractable roof fueled sales for the only three years of production. But aside from the novelty of the roof, consumers were relatively unimpressed with the build and performance compared to other Ford models of the time. Especially because of the price. The Fairlane 500 Skyliner was priced a lofty $400-$500 above similar convertible models. Production plummeted from over 20,000 models in 1957, to a little over 12,000 in 1959. But because of the unique hardtop function, it’s still a favorite for classic car collectors.