499 coupes and Volantes are planned before new-gen GT 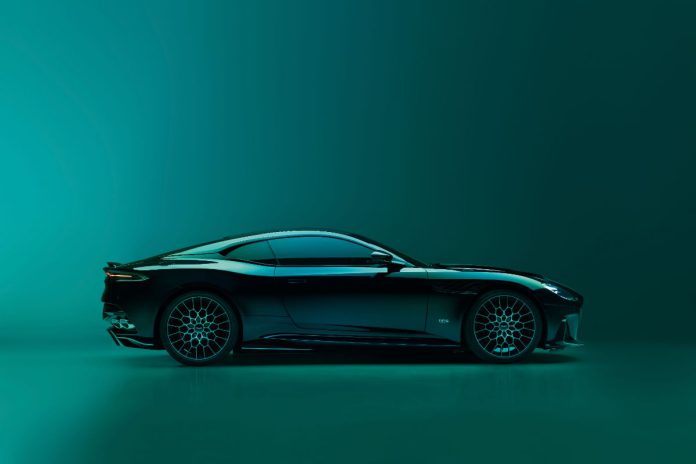 Aston Martin has just announced the most powerful car in its storied 110-year history. Christened the DBS 770 Ultimate, only 499 of the V12 GT are planned to be produced before the current DBS is put out to pasture and a new version takes its place. If you’re of the well-heeled variety, don’t get too excited because Aston Martin says the order books are already closed.

“When an iconic model generation reaches the end of production it is important to mark the occasion with something special,” says Roberto Fedeli, Aston Martin Chief Technology Officer. “In the case of the DBS 770 Ultimate, we have spared nothing in ensuring the final version of our current series production flagship is the best-ever in every respect. Not only is it the fastest and most powerful DBS in our history, thanks to a comprehensive suite of improvements to the transmission, steering, suspension, and underbody structure; it is also the best to drive.”

The DBS has its roots in the DBS Superleggera that first appeared in 2018.  The original featured a twin-turbo 5.2-liter V12 with 715 horsepower backed by an eight-speed automatic transmission made by ZF. The new DBS 770 Ultimate will improve on that, achieving close to 770 horsepower and 900 lb-ft of torque. Aston Martin claims the power nudge comes from modified air and ignition pathways plus a 7% increase in maximum turbo boost pressure, with increased response and broader torque curves being notable byproducts. The transmission also has been recalibrated “to enhance shift speeds and driver interaction” for a “truly connected driving experience.”

Steering response and feedback have improved thanks to a new solid mounted steering column, improved front-end lateral stiffness (achieved with an enhanced front cross member and thicker rear undertray) and improvements to the calibration of the Adaptive Damping System.

Though the front-end looks similar to previous DBS models, subtle tweaks have increased airflow to the radiators and enhanced thermal management. Assistance comes from the horseshoe engine vent on the hood and new front splitter that integrates two new outboard vents.

A neat feature of the DBS 770 Ultimate is the new 21-inch multi-spoke wheels available in Satin Silver, Satin Black or optional Satin Black with Diamond Turned finish. All are wrapped in Pirelli P Zero tires —  265/35 R21 up front and 305/30 R21 out back.

Inside, all DBS 770 Ultimates will come standard with Sport Plus seats trimmed in semi-aniline leather and Alcantara with a fluted quilt and perforation pattern. Sills feature plaques showing the Aston Martin Wings logo, DBS 770 Ultimate logo, and sequence number of the 300 coupes or 199 Volantes being built.

“DBS has always sat at the pinnacle of the Aston Martin production model line-up. And now we’re infusing DBS 770 Ultimate with even more… more power, more performance purity and all with more sophistication, more taste and in the most considered manner,” adds Marek Reichman, Aston Martin’s Chief Creative Officer. “Something so raw, and yet so beautiful it’s almost intimidating to look at. It’s through this design approach that we came up with the shapes – starting with the amped-up front end – and from there everything else flows in design balance with the performance upgrades.”