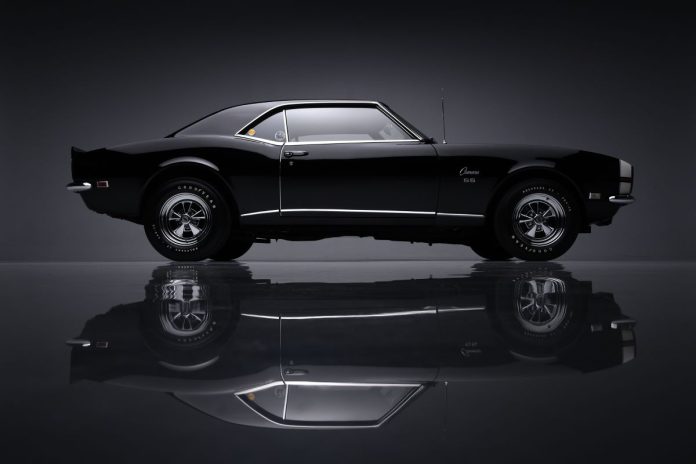 In the annals of Chevrolet “Supercars,” there may be none more special than a Baldwin-Motion Chevy. A cooperation between Long Island (NY)-based Baldwin Chevrolet and Joel Rosen’s Motion Performance, a customer would order a Bow Tie performance car and then it would be sent across town to Joel Rosen’s facility for upgrades from mild to wild, then sent back to Baldwin Chevrolet for the customer to complete the transaction.

This unrestored 1968 Camaro SS/RS is one of the handful of cars to have been ordered through the cooperation of Baldwin and Motion. As this Camaro was originally ordered with the M21 close-ration four-speed with 4.56 gears, it was already primed for battle, so Motion machine-attached LAB traction bars to the axle to fulfill the intention. Motion also removed the original 396 and inserted an L72 427/425 in its place. Of course, Motion Performance was a lot more than a company that did transplants — among other things, Motion worked its magic by installing its trademark Holley three-barrel carburetor and “fly eye” air cleaner, plus added a dual-point Mallory distributor, aluminum Schiefer flywheel and Lakewood bellhousing. Basically, whatever the customer wanted, Motion was happy to oblige.

Despite the street machine nature of this Camaro, it still retains the original date-coded power brake booster and master cylinder, as well as its original 4-piston brake calipers. Inside, you’ll find Sun Tach and gauges as specified by the original owner.

All told, this piece of Supercar history has been driven only 22,883 miles — “a true unrestored Baldwin-Motion Camaro in exceptional condition,” according to Barrett-Jackson, thanks to original body panels and paint aside of some minor touch-up. The magnificence of this Camaro can be in your care soon as it will be available for bidding at no reserve at the 2023 Barrett-Jackson Scottsdale Auction, which runs from January 21-29 at Westworld of Scottsdale.