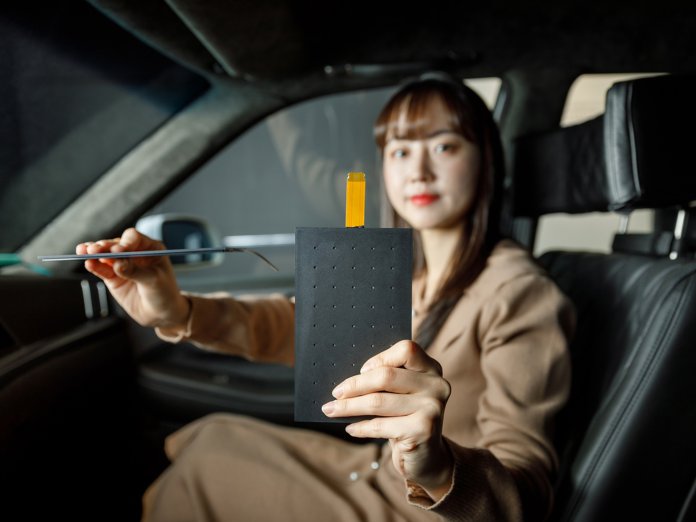 Bulky car speakers and speaker grilles could become a thing of the past if LG’s new Thin Actuator Sound Solution technology takes off.

The Thin Actuator Sound Solution is a speaker roughly the size of a passport, measuring just 2.5 mm (0.1 inch) thick, with a weight of approximately 1.4 ounces. LG was able to develop the inner workers by leveraging its film-type exciter technology used in digital displays.

Instead of vibrating a cone like in a conventional speaker, the thin speaker can vibrate materials found inside the car. LG said the speaker can be installed in various elements around the cabin, such as the dashboard, headliner, roof pillars, headrests, and even display panels. Multiple units can be installed to create an immersive, 3D sound experience, the company said.

The light and compact design means car designers will be able to free up space within the cabin, while also reducing a vehicle’s curb weight.

LG plans to showcase the Thin Actuator Sound Solution at the 2023 CES in January and said the speaker will be commercialized starting in the first half of 2023.

LG isn’t the first company to showcase such technology, though it’s likely to become the first to commercialize it at scale. German firms Continental and Sennheiser presented similar technology at the 2020 CES, but the companies haven’t rolled out a production version.