Acura Precision Concept Brings the ZDX Model Back to Life 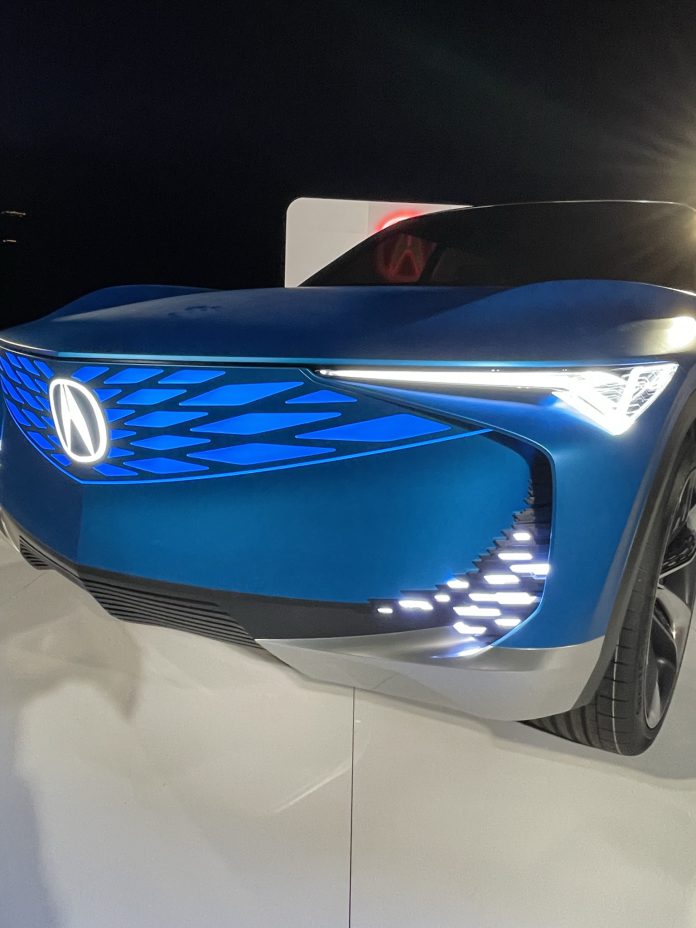 Honda has always prided itself in being an “engine” company above all else. Honda was first incorporated in 1948 and came to the United States with its motorcycles about a decade later via a single, humble storefront in Los Angeles. The decades that followed saw the company excel at building reliable, fuel-efficient internal combustion engines for everything from jets to lawnmowers to powersports equipment.

So how does a company like Honda adapt to the changing times and stay current with, well… electrical current? If anything can be said about Honda and its skillset, it would be that Honda knows how to be innovative. That’s why the company decided to partner with a company that already knows a thing or two about EV technology: General Motors. Its upcoming Prologue EV SUV will leverage GM battery architecture, and in fact, it will be built by GM.

The Acura Division will benefit from similar evolution in technology. Until now, the company’s experience in “electrification” has been limited to gasoline-electric hybrids. Its first vehicle of that type was the 2013 ILX which was discontinued after only a couple of model years. Since then, Acura offered “Sport Hybrid” variants of its RLX and MDX vehicles. And we can’t forget the second-generation NSX sports car which debuted in 2017 using a hybrid powertrain assisted by three electric motors. That NSX, by the way, is driving off into the sunset this year after being sold for its final model year as a “Type S” model with 600 horsepower.

What better place to display the brand’s next big thing than during one of the “car week” events held on the Monterey Bay Peninsula in California? It’s a setting Acura has used to showcase new products many times in recent years. Acura hosted a private event at the Carmel Valley Ranch on Thursday, August 18. While not open to the public, the event did allow a handful of brand enthusiasts like me to join the party. The sheet was pulled off a concept car that showcased the brand’s future styling direction for the “electrified era”: The Precision EV Concept.

Public Relations staff stated that the concept’s design was drawn from Italian luxury power boats. Among some of its noteworthy features were an illuminated grille, “chicane” daytime running lamps, 23-inch wheels, and unique “particle glitch” lighting at both the front and rear. The twist at the conclusion of the presentation came when Acura shared that its first all-electric SUV will be called the “ZDX.” That nameplate is no stranger to Acura buyers; between model years 2010 and 2013, it was marketed as what the brand called a “five-door coupe SUV.” Its angular styling was polarizing to some buyers and it only sold 6,119 units across those years.

While showing design language that harkens to the brand’s signature grille and lines, the EV powertrain puts Acura into uncharted waters if it weren’t for General Motors’ help. We can’t help but draw a similarity to the mid-1990s when Acura partnered with Isuzu to build its first SUV, the SLX. That vehicle was essentially a rebadged Trooper, but it served as way to get in on the action during a critical time when SUV business was booming.

Joining the Precision Concept on display at the Acura reception was the ARX-06, a prototype race car that will make its debut in January 2023 at the Rolex 24 race in Daytona. It is powered by a twin-turbocharged 2.4-liter V6 that was developed by Honda Performance Development. That internal combustion motor is combined with an electric Bosch motor and a battery pack for optimal performance. “Our new engine will rev to the maximum 10,000 rpm set by the rules, so it also makes a wonderful sound,” said Pierre Descamps who led the powertrain design.

Acura has promised more details about its upcoming electric vehicle in the next few months. Stay tuned to ClassicCars.com for more about how the brand is bringing a name from its past to take it into the future

I’m DPC and I love EVs

The VW ID. Buzz May Get Buzzier