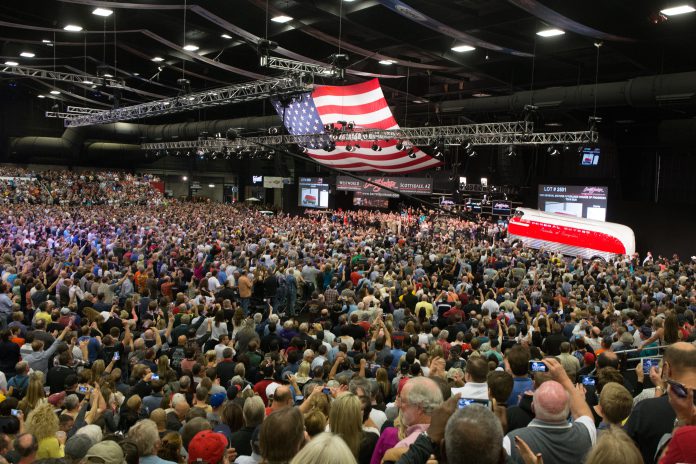 IMG, an Endeavor company and global leader in events, media, sports and fashion, announced on Thursday that it has acquired a majority stake in Barrett-Jackson, the premier collector car auction and live events company.

IMG, which owns, operates and commercially represents hundreds of events around the world, including Frieze art fairs, the Madrid and Miami Open tennis tournaments, Formula Drift, and New York Fashion Week: The Shows, will serve as Barrett-Jackson’s strategic partner. Craig Jackson, who as CEO has built Barrett-Jackson into one of the world’s foremost brand authorities and lifestyle destinations for premium collector cars, and his Scottsdale-based team, including President Steve Davis, will look to leverage IMG and Endeavor’s global network and expertise in building world-class event experiences and brands to further enhance and grow the business.

“We have long been admirers of Barrett-Jackson and have seen first-hand the scale, excitement and 50 years of tradition surrounding their events,” said Endeavor CEO Ariel Emanuel. “Like IMG, Barrett-Jackson is a pioneer of its industry, and we look forward to working with Craig and his team to build on its impressive legacy across categories including experiences, hospitality, content, marketing and partnerships.”

Barrett-Jackson’s events and high-energy auctions in Scottsdale, Las Vegas, Palm Beach, and Houston attract many of the world’s most prominent auto collectors, fans and celebrities, as well as millions of TV viewers, and see annual sales of more than 3,600 cars at no reserve. Its flagship Scottsdale event, founded in 1971, auctions highly sought-after and valuable automobiles and annually welcomes more than 300,000 attendees, making it one of the oldest and largest collector car auction events in the world.

“Pairing Barrett-Jackson with the unique power of the Endeavor network is an unparalleled opportunity for our company, immediately opening doors to amplify and accelerate the growth of Barrett-Jackson as a global lifestyle brand,” remarked Craig Jackson, CEO of Barrett-Jackson. “I couldn’t be more excited to have the best partner as we look to optimize our fan experience and create new touchpoints for car enthusiasts around our live events and media offerings.”

Barrett-Jackson President Steve Davis echoed Jackson’s sentiment: “After more than 25 years with Barrett-Jackson, I can’t wait for this next chapter for our customers. We’ve built something incredibly special and with the expertise and relationships of IMG, Craig and I look forward to elevating our offering and attracting a whole new generation of fans.”

IMG’s investment in the collector car industry comes at a time when enthusiasm around collector cars and live events, demand for auto-related content, and collector car prices are at a record high, as well as a time in which car collectors are increasingly trending younger.