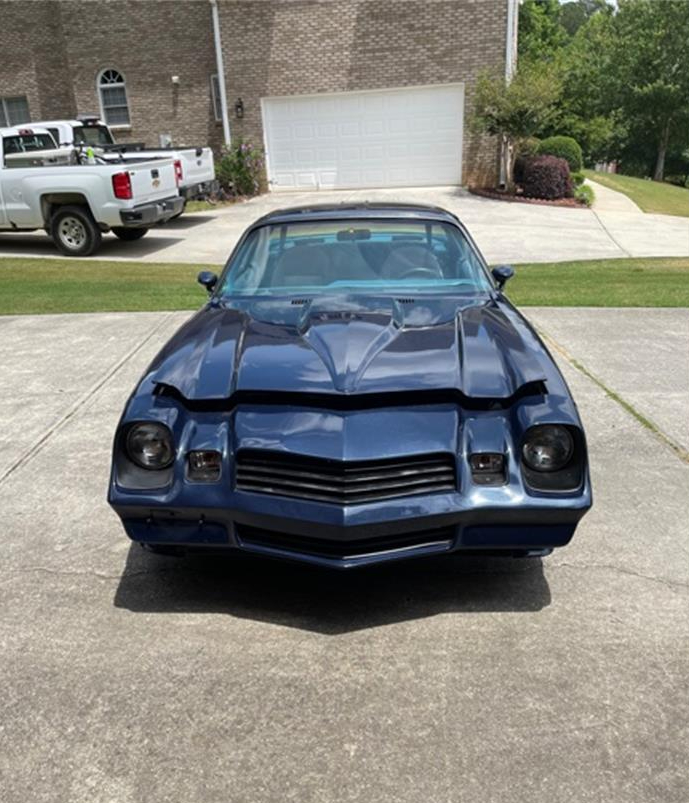 I spent the weekend listening to Hair Nation on XM/Sirius. From the hair metal I was inspired by the music of Ratt, Judas Priest, and Def Leppard to pick a car from our site that fits the style of the music of the era when those bands were some of the biggest in the world.

I don’t know about your high school parking lot, but mine always had heavy metal playing at high volume, usually through a pair of home installed Jensen 6X9 speakers in muscle cars, and more specifically second-generation Chevy Camaros.

These were not meticulously restored cars but cars that were modified, used and enjoyed. They were bought to drive, listen to heavy metal in, try to pick up dates with, and driven every day. They were also cheap which made them all the more attractive. Modifications might have included Blackjack headers, Flowmaster exhaust, and Cragar or Centerline wheels with wide tires. The upgraded depended on how good of an after-school job you had.

People today tend to think of cars like this as ruined or screwed up, but the reality is that we did what we could with limited funds to make they cars our own. They were not just another stock Camaro but instead they were our personal Camaros and the owners could tell you about everything that they did to them to make them the way they were.

These days the second-generation Camaro is becoming an ever-popular collector car and people are going to great pains to restore these to how they were when sold new. This is a bit depressing to me as doing this somehow seems to take a lot of the cool out of these cars. They somehow become less of a period piece when all the personal modifications are taken off of them. The history of the car did when new and the fun it provided is completely erased, and to me that is sad.

I decided to do a search on ClassicCars.com and find one of these period-built cars. Not a show winner or a restoration, but a second gen Camaro like my friends had in the 80s. This turned out to be harder than I thought but I think I finally found one worthy.

The Pick of the Day is this 1980 Chevrolet Camaro Z28 located in Lilburn, Georgia. (Click the link to view the listing)

The ad does not have a lot of info, though the private seller does state that they are the second owner of the car and that it is a 1980 Z28 with T-Tops. They add that the car received a new transmission in 2018, is powered by a 350 V8 with a four-barrel carb. The engine is backed by a four-speed manual and this Z28 features dual exhaust.

I spent a lot of time looking at the pictures and also noticed a few things. It has aftermarket headers and Edelbrock valve covers. The wheels on the car are Cragars and it also has a pair of 6X9 speakers mounted on the rear deck and an aftermarket CD head unit. The only downside is that this is a factory AC delete car.

The interior looks to be in decent shape and also looks original. You can only see it through the windows in the pictures, but I do not see anything that makes me worry and Camaro interior parts are cheap and plentiful. The pictures of the engine compartment show an engine that looks reasonably clean, and the body pics show a car with an inexpensive paint job but a decent body overall.

Yes, I know this car has been modified and is in no way near perfect, but it also is a car that seems to have somehow held onto its period performance parts, which is so rare these days. You don’t buy a car like this to restore it but to drive it. I am sure it has needs but the Camaro is a pretty easy car to work on.

The asking price of this Z28 is $20,000 or best offer, and this is a car that is likely worth going to see in person to meet the owner and find out more about some more details.

A car like this 1980 Z28 is the perfect time machine to travel back to the 1980s, all it needs is the right soundtrack. I would recommend the Ratt’s “Out of the Cellar” as a first purchase after you buy the car.