A trio of FR vehicles 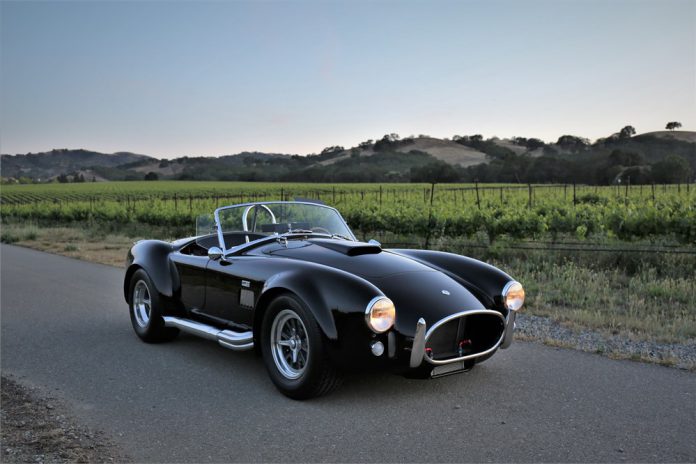 There are numerous ways to design a car, but this week I decided to focus on front engine, rear-wheel drive (FR) vehicles on AutoHunter. It’s a fairly simple set up and has been a solid means of automotive performance for decades and there doesn’t seem to be an end in sight for this trusty platform.

Despite the Corvette going to a mid-engine set up, we still have a lot of American car options for the FR platform with the Camaro, Mustang and Challenger keeping the spirit alive.

This Cobra homage is a proper re-creation of the legendary Shelby Cobra. It’s powered by a 351ci Windsor V8 engine paired with a Tremec 5-speed manual transmission that sends power to the rear wheels via a 3.73 rear end.

Not just a kit car, but a legit replica originally built under license from Carroll Shelby Licensing. The build quality looks solid in the listing’s photos and I can’t imagine that many onlookers would notice that this Cobra is a replica from afar.

With a short wheelbase, a lot of horsepower and rear-wheel drive I’ll assume this MKIII Cobra is a handful even for the more experienced driver. That said, it is a proper roadster on the FR platform.

The Dodge Viper was the new millennium’s Shelby Cobra. Big engine up front, minimal driver’s aids, rear-wheel drive, and bulging fenders to let other people know this is a vehicle for speed, not subtlety.

This example I found on AutoHunter is powered by a 8.4-liter V10 engine with $60,000 in upgrades to produce 700 horsepower on the dynamometer. The engine is paired with a Tremec TR6060 6-speed manual transmission and a limited-slip differential with 3.55 gearing. The custom drivetrain features a triple-disc carbon clutch, a steel flywheel, and a Prefix Stage I Venom powertrain control module.

The Viper GTS Blue with white stripes exterior takes away any subtlety from this car, but who buys a Viper and expects to maintain any elusiveness?

Whereas the Shelby Cobra tribute and Dodge Viper GTS make their intentions known, this S10 truck has a sleeper vibe. With the exception of the cowl induction hood, this S10 has a largely stock appearance and doesn’t give any indication that it’s a performance-based pickup.

It’s powered by an upgraded 383ci small-block V8 stroker engine with a  FiTech fuel injection system and an MSD ignition system. The engine is paired with an NV3500 5-speed manual transmission and a 9-inch Ford positraction rear end with a 3.50:1 axle ratio.

I love this sleeper package, I’m also a fan of Chevy trucks but that’s beside the point. With this S10 you will be underestimated at the dragstrip and still have some cargo room for a Home Depot run for home projects.