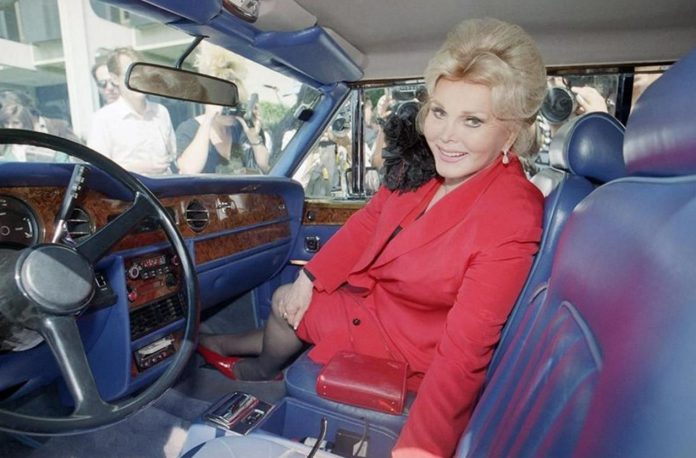 Some celebrity cars are more famous than others, or infamous depending on one’s perspective, and for those of us over 40-years-old Zsa Zsa Gabor was a big deal.

“June 14th,1989, Zsa Zsa Gabor was pulled over in Beverly Hills for expired tags, she became quite frustrated when the officer didn’t recognize her Hollywood status and provided her with no special treatment,” the listing states. “This lead to Zsa Zsa slapping the officer and ultimately to her arrest.”

The Pick of the Day is the 1979 Rolls-Royce Corniche convertible Zsa Zsa was driving on that fateful June day. It’s available for sale on ClassicCars.com by a dealer in Volo, Illinois. (Click the link to view the listing)

After the slap and arrest made headlines around the world Zsa Zsa made the talk show circuit and the incident was spoofed in the 1989 comedy, The Naked Gun. The Rolls-Royce was purchased new by her and she owned it for the next decade. Finished in white over a blue leather interior, the Corniche has 49,284 miles and is still titled in Zsa Zsa’s name while wearing the original “ZZG” California license plate. Zsa Zsa rode the wave of publicity and opted to sell vehicle at its peak.

“She attended the auction and represented the car personally,” the listing states. “It sold for top dollar to a very delighted collector of celebrity owned cars. The was car proudly displayed in the collection from 1990 until 2012 when the car was acquired by our museum. Since Zsa Zsa’s ownership, thirty two years ago, the car has been driven minimally with only about 200 miles added to the odometer.”

Zsa Zsa’s Rolls-Royce is available for $125,000 and for a Zsa Zsa fan it’s a relative bargain.