It will only go up in value 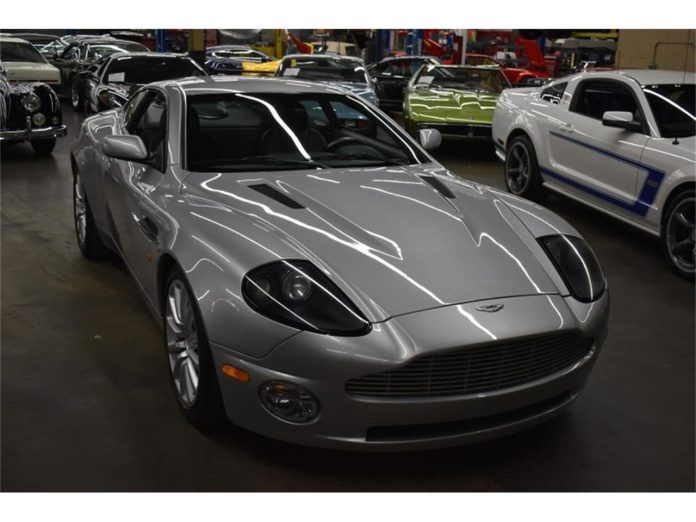 Sometimes the world of collector cars does not seem to make sense. As I write this, the price of a Ferrari 550 Maranello is somewhere north of $120,000. The 550 is a tremendous car and a lot of V12 Ferrari for the money, but they built a total of 3,083 cars, which isn’t rare for modern Ferraris.

Now look at another car from the era, designed to be a direct competitor with the 550 Maranello, the Aston Martin Vanquish. Before the rabble chime in about the lack of a manual gearbox and how terrible the Vanquish’s transmission is, I must ask; have any of the people who are bound to comment ever driven, or personally owned a Vanquish with the paddle-shifting F1 style gearbox?

I am guessing few can answer yes to that question. I, on the other hand, have a lot of personal experience behind the wheel of the Vanquish and while the gearbox is not without its problems at times, it’s not terrible. Nor is it any more troublesome than other high-end paddle shifting transmissions of the era. Sure, it costs money to service but if properly driven and cared for, they last around 30,000 miles.

Also compared to the Ferrari, Aston Martin built a total of 2,589 Vanquishs, making it a bit rarer than the Ferrari 550 Maranello. Remember that the Vanquish is the last truly handmade Aston Martin produced in the old Newport Pagnell factory. It marked the end of an era at Aston Martin. The Vanquish feels special behind the wheel, and to me is one of the greatest GT car designs of the era.

Now comes the part that does not make sense. The Aston Martin Vanquish costs a third to a half of the Ferrari 550 Maranello. This baffles me and it’s something I do not see continuing much longer.

The Pick of the Day is this 2003 Aston Martin Vanquish listed for sale on ClassicCars.com by a dealer in Huntington Station, New York.

The car is finished in Silver Birch paint over a dark grey and contrasting red leather interior. The dealer offering this car is one of the top Aston Martin specialists in the US. This Vanquish is described as having 14,000 miles from new and recently had a full service completed by Aston Martin of Nashville.

The asking price for this Aston Martin Vanquish is a market correct $83,500. These cars cannot keep selling for less than $100k for much longer, especially examples as nice as this one. Finally, if the paddle shifting transmission bothers you, the Vanquish can be modified by Aston Martin to a 6-speed manual.

This costs is a bit north of $30,000, but the examples with this modification tend to sell for around $30k more than ones with the original transmission in place. The Vanquish is one of the special cars of the era and the feeling of just seeing it parked in your garage is hard to quantify.