Pick of the Day: 1966 Volkswagen Beetle 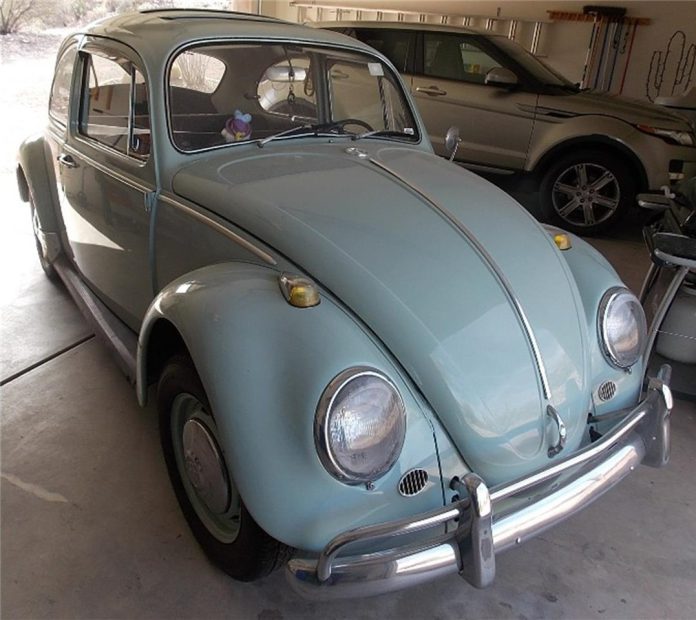 Of all collector car models that are available on the Classiccars.com marketplace, the single model that I honestly feel is not only the best bang for the buck, but a car that is also simple to service and is even practical enough to easily be used as a daily driver is the VW Beetle.

Now there are a lot of classic cars that are usable but also understand that the Beetle began production in 1938. I personally cannot think of any other car in the world that has an original design from the 1930s that can still be used as a daily driver.

Also, the running costs of the Beetle are possibly the most inexpensive of any classic car in the world. If you doubt that consider that a complete brand-new replacement engine, this means turnkey that includes ignition system, charging system and a new carburetor, costs around $3,000.

The build quality of the Beetle is the stuff of legend and are often compared to Porsche and even Mercedes-Benz. This all begins to make sense when you remember that the Beetle was designed under the direction of Ferdinand Porsche.

The complete history of the Beetle is also fascinating, with many great books written about the iconic VW. If you want to learn more about these cars the best book is called “Small Wonder” by Walter Henry Nelson.

Another unique thing about the Beetle as a collector car is that there is literally a Beetle available at every conceivable budget. With cars ranging in price anywhere from $5,000 all the way to hundreds of thousands of dollars.

The Pick of the Day is a car in the more affordable end of the market; a 1966 Volkswagen Beetle offered on ClassicCars.com by a dealer in Tucson, Arizona.

This 1966 Beetle is painted in factory correct Bahama Blue paint with a black leatherette interior. This car is described as having been repainted in the past as well as receiving a new interior using original materials. Amazingly they state that this is a single-owner, Arizona car. In addition, it has a desirable optional factory sunroof that is said to function correctly.

Finding a single-owner 1966 Beetle these days is difficult, especially one that looks as if it has been well cared for. The asking price for this nice Beetle is a fair value at $17,900, and it’s a car I seriously considered not posting but buying myself. This is not a perfect, show quality Beetle but is a very solid car.