An icon from Group 4 rally racing 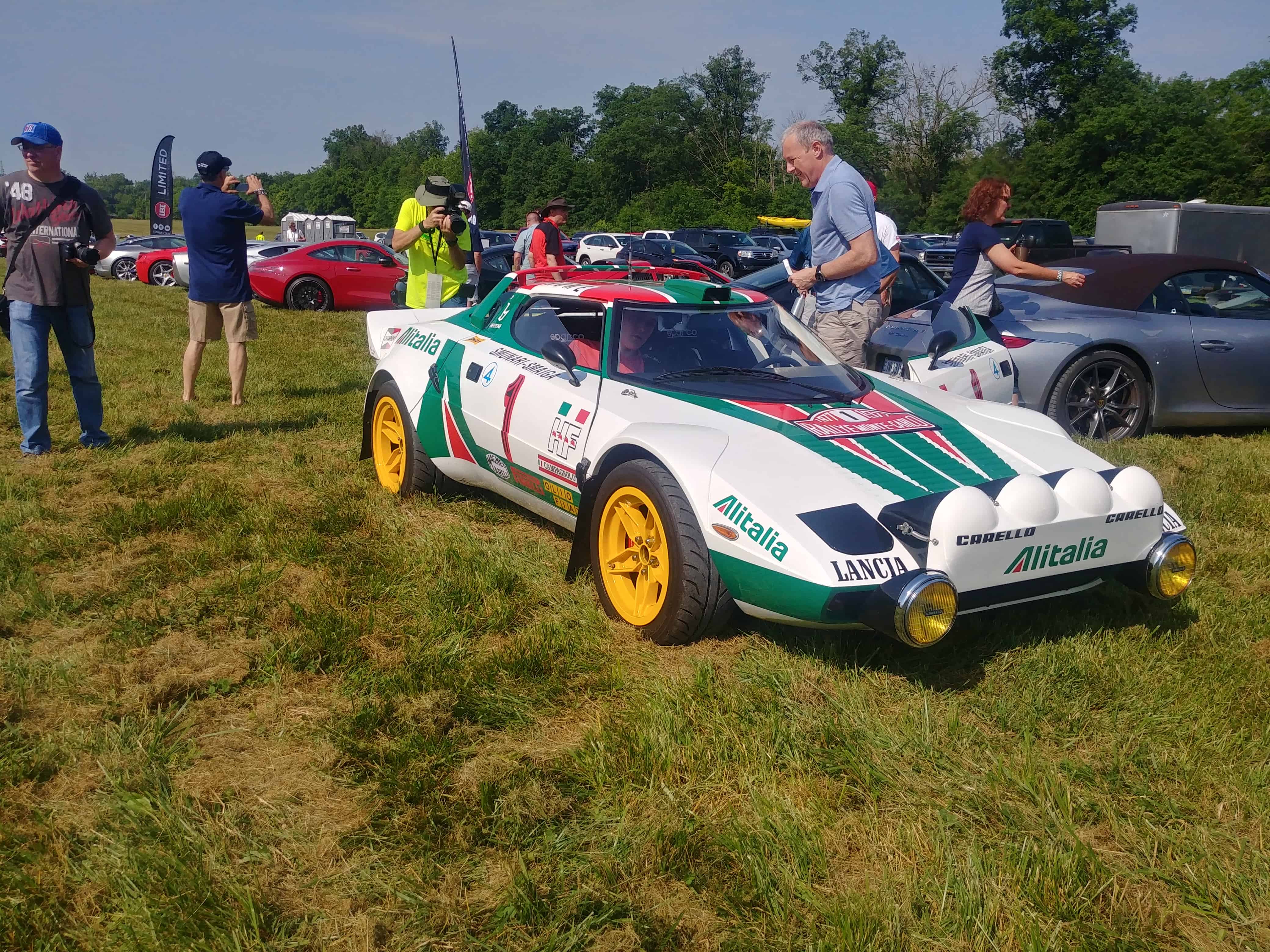 In the 70s and 80s, rally racing was at its peak, with many manufacturers trying their luck to stay atop the podium. Amidst all the craze, a relatively smaller carmaker started to emerge among the ranks of the giants and made a name for itself. It was the Italian carmaker Lancia, that started quite well with Fulvia and went on to rule the world of the Rally Championship for years.

The important car in the Lancia’s portfolio to date is the Stratos. It debuted in 1971 and was primarily aimed at the Group 4 rally competitions. It was the first rally car to be designed and built from scratch and took a lot of effort and multiple collaborations for it to become an all-time legend. Let’s have a look at the technical specification of the Lancia Stratos and an overview of its restoration in today’s world.

Lancia initially hired Pininfarina for designing the Stratos, but things took an interesting turn when Bertone decided to design a Stratos himself and drive it into the Lancia factory. The company handed him the task of designing their legendary car, with the help of Gandini, a well-known designer responsible for Lamborghini Miura and Countach. The next task was the powertrain; which Ferrari was reluctant to provide but did agree at the end and handed over 500 Dino engines for the Stratos. What happened next is history, and Lancia Stratos embossed its name on the rally wall of fame with over a dozen victories in various championships.

Rally cars are purpose-built vehicles with rugged bodies, powerful engines, capable transmissions, and durable suspensions. All these things combined make sure that the driver has everything he needs to win the challenge, and Lancia Stratos is no exception.

Here are some of the technical details of Lancia Stratos that made it successful.

The powerhouse of the Lancia Stratos was a Ferrari-Fiat 236 L 2.4-liter Dino V6 naturally-aspirated engine. It featured a double-overhead camshaft valve configuration, a 65o V-cylinder layout, with two valves per cylinder. This engine produced 275 horsepower and 256 pound-feet of torque.

The Ferrari engine was made of lightweight cast iron alloy, and was placed right behind the passenger compartment in a “mid-engine” styled positioning with a transverse layout. This helped optimize the weight distribution and lower the center of gravity. Being a rear-wheel-drive car, a mid-engine layout also excluded the need for an extended driveshaft, further reducing the weight and adding to the performance of the Stratos.

The engine also featured wet-sump lubrication to match the needs of extreme performance, and a setup of three Weber 40 IDF 28 carburetors to feed the hungry engine. A water-based engine coolant kept the temperature at optimal, while the four crankshaft bearings helped the six cylinders fire continuously at 9:1 compression. It also had a specially designed timing belt to match the performance requirements of the Dino V6 engine.

The powerful V6 engine in the Stratos was mated to a 5-speed manual transmission with optimized gear ratios. A dry single-plate clutch makes shifting quick-shifting easier and seamless, to match the requirements of the track.

A hardcore rally car has to bear the grudge of rugged tracks and unforgiving terrains, and Lancia knew they had to design and fit the Stratos with a robust suspension and steering to cope with the challenge.

Stratos has a very sturdy suspension setup, with hydraulic absorbers and coil springs at the front and an anti-roll bar with coil springs at the rear. All the other components, such as the bushings, struts, and A-arm got the upgrades as well. Stratos also had a hydraulic rack & Pinion steering for a sharp response, and to keep the over or understeer at a minimum.

Stratos had a tubular frame design, an all-new chassis built from the ground up with two ideas in mind – rigidity, and lightweight. A steel-aluminum allow was used to manufacture the frame and special attention was given to its configuration, to avoid any excessive body roll or steering conundrums. An inbuilt roll cage was also added to the Stratos to ensure the safety of the diver and the navigator in case of an accident. The lightweight construction worked out perfectly as the Stratos weighed only 980 Kgs (2160 lbs), with a wonderful weight-power ratio of 5.2 Kgs/hp (11.4 lbs/hp)

Restoration of a classic rally car that has seen the punishment of the tracks is not an easy job. It is a multi-step process that has to be done in a specified pattern and requires specific equipment and expertise to get everything right.

The first step in the restoration of a classic car is to strip it down to the bare bones. Remove all the body parts/panels, engine, suspension, exhaust, wheels, and interior, bringing the car down to the metal body.

An older car will likely have corrosion of the metal parts. The first step would be to perform physical abrasion and get rid of all the debris and contaminants. Then dip the frame and metal parts in an acid bath for a designated time.

After the chassis and all the parts have been acid-treated, the body is prepared for the primer and paint by etching the body and dipping it in electrolyte for a negative charge. The primer and paint are applied in three layers, which irreversibly bind to the negatively charged body. All the fiber panels are also separately painted.

4) Restoration of Parts | and Interior panels

All the mechanical and cosmetic parts are also restored side by side. Particularly the engine, suspension, transmission, and interior panels are given a thorough overhaul. Each and every part is dismantled down to nut and bolt, acid-treated, and coated with silicone powder (suspension and steering only). These are then put together and interior upholstery, seats, and carpets are also completely redone.

After the in-built roll cage has been installed and all the parts thoroughly checked, the engine and transmission are installed, along with the exhaust system. Next, the suspension and steering assembly are installed. The last part comprises the installation of interior panels, and wheels along with the tires. All the lubricants and fluids are checked before a test run is taken.

Jay Leno takes a Lancia Stratos HF for a spin

New Stratos to be unveiled at Salon Privé