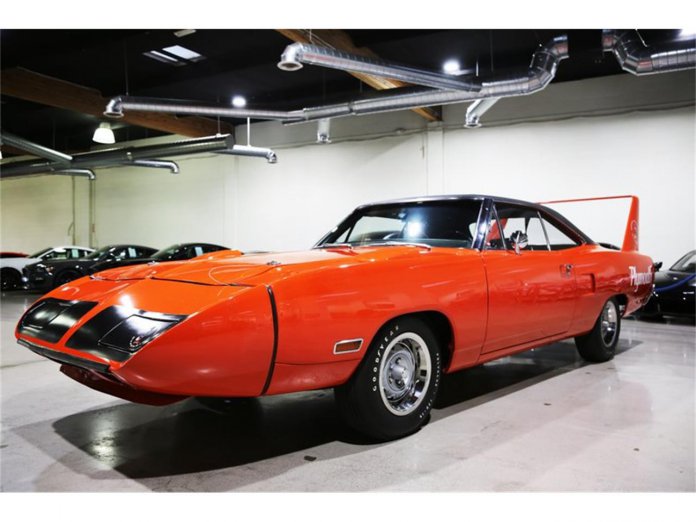 NASCAR used to be filled with race cars that were actually based on passenger cars, but modern stock cars are largely homogenized within strict racing guidelines. But in 1970, the cliche of “win on Sunday and sell on Monday” was largely true.

The Pick of the Day, a 1970 Plymouth SuperBird, isn’t cookie cutter but truly based on a NASCAR stock car configuration.

“NASCAR’s homologation requirement demanded that vehicles to be raced must be available to the general public and sold through dealerships in specific minimum numbers,” according to the Chatsworth, California, dealer, advertising the Superbird on ClassicCars.com. “For 1970, NASCAR required that one car be built for every two dealership locations.”

The SuperBird was a limited-production vehicle based on the Road Runner, but featured a protruding nose and large rear wing for greater aerodynamics to increase speeds on NASCAR Winston Cup Series high-speed racetracks. It was a one-year model; NASCAR eliminated the aero package in 1971, and an estimated 1,935 SuperBirds were produced.

With a theme based on Warner Bros. cartoons, there are numerous Road Runner emblems on the inside and outside of this Mopar. But it is a serious muscle car with NASCAR lineage.

Under the hood of this SuperBird is a 440ci V8 six-pack engine paired with a 727 Torqueflite automatic transmission and a Sure Grip 3.55 rear end. The engine produced a factory-rated 375 horsepower and 480 pound-feet of torque with a 0-60 mph time of less than 6.0-seconds.

This Superbird has an older restoration and features a black interior with vinyl bench seats front and rear, a column-shifted automatic transmission, lap belts and 3-spoke steering wheel with the iconic Road Runner “beep beep” horn. The car rides on Chrysler Rallye wheels wrapped in Goodyear rubber. Despite its race car pedigree, it has factory power steering and power brakes for easier drivability.

The asking price for the iconic Superbird is $179,950 and the sale includes its original Broadcast sheet and a Govier Report of authenticity.