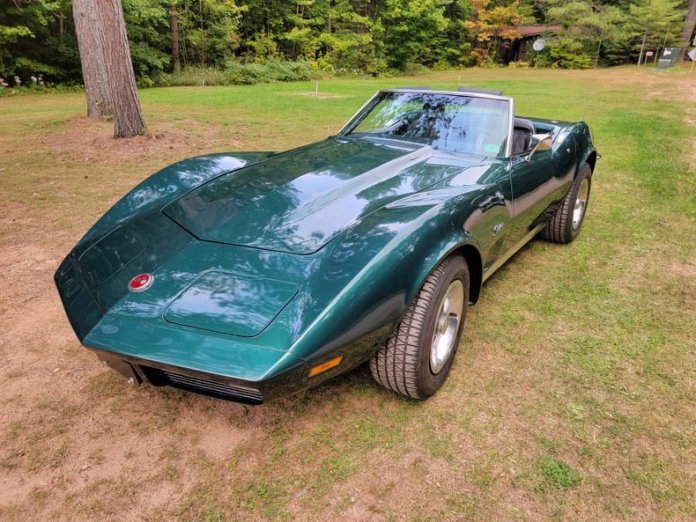 Up for auction on AutoHunter, the online auction platform driven by ClassicCars.com, is a 1973 Chevrolet Corvette LS4.

“This 1973 Chevrolet Corvette convertible was previously owned by a collector for more than 30 years,” AutoHunter notes in the listing. “In June of 1993, it was designated a Survivor by the Bloomington Gold Historic Judging Team for its level of preservation. It was showcased in Vette Magazine in February of 1995, the same year it received a body-off restoration.”

Under the hood is an LS4 Turbo-Jet 454ci V8 engine paired with a close-ratio 4-speed manual transmission.

The Blue-Green Metallic exterior features a matching removable hardtop with a glass rear window, and a black fabric soft top. It also has pop-up headlights, a cowl-induction hood and an integrated rear spoiler.

This Corvette has a black interior with a pair of vinyl bucket seats, a tilt and telescoping steering wheel, and a center console.

The sale includes the Corvette’s window sticker and build sheet, Bloomington Gold Survivor certification, and a copy of the “Vette Magazine” it was featured in. The selling dealer charges a $100 dealership service fee in addition to the winning bid price.