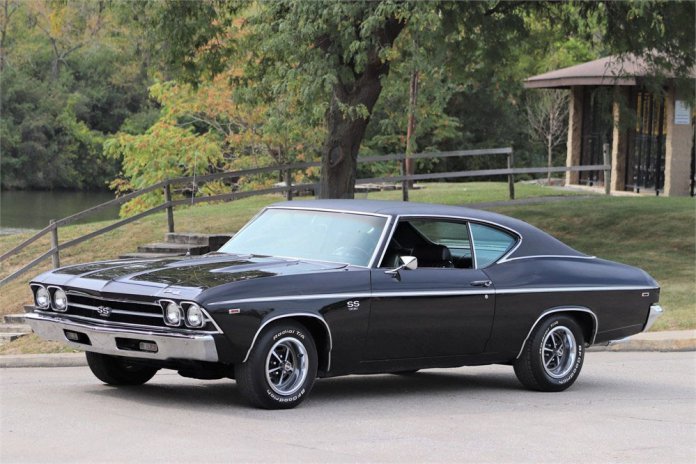 AutoHunter, the online auction platform driven by ClassicCars.com, offers a diverse docket of classic and collector vehicles each week, but I couldn’t help but notice the eye-catching bundle of Chevy’s up for auction.

Below are 4 Chevys up for auction I would bid on if I had the chance:

An iconic classic, this restored Bel Air looks to be in great condition with a beautiful Tropical Turquoise exterior and custom tweed interior.

According to the seller, the exterior brightwork, with the exception of a newer rear bumper, is original to the car.

According to the seller, the interior was refurbished in 2014 using replacement components from Parts Unlimited Incorporated. It houses reupholstered black vinyl bucket seats, a modern audio system and a Hurst chrome shift ball.

Under the hood is a rebuilt 350cid LT1 four-barrel V8 factory rated at 360 horsepower and linked to a Muncie M22 4-speed manual transmission.

This Electron Blue Metallic C5 Corvette has been driven just 38,203 miles since new and looks to be in decent condition with some slight wear in the interior.

Inside, the interior is trimmed in black leather and houses a short-throw shifter, dual-zone automatic climate control, power windows and a Bose AM/FM/CD audio system.

Power comes from a 405-horsepower 5.7-liter LS6 V8 mated to a T-56 6-speed manual transaxle and a limited-slip differential.

According to this Chevelle’s listing, it’s one of just 278 units made with the optional V75 Traction Compound Canisters.

It’s finished in black with a matching vinyl roof and white side-striping across the length of the body. The quad headlights have chrome bezels that nicely complement the chrome grille featuring an SS 396 badge.

Under the hood is a 396/325-horsepower V8 equipped with a Rochester Q-Jet four-barrel carburetor with an open-element air clean updated with an H.E.I ignition system.

To see more classic and collector cars up for auction, visit AutoHunter’s website.