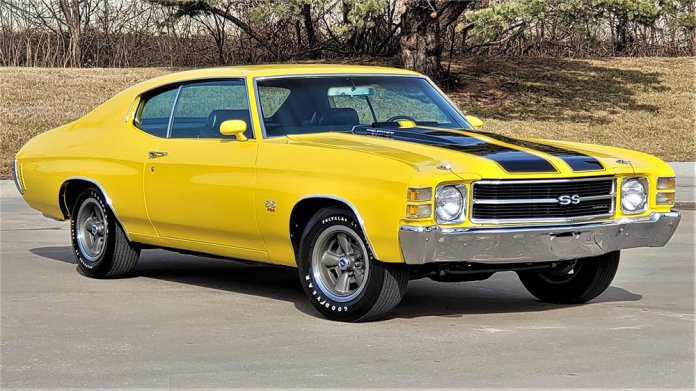 It’s my lucky week to pick a few cars that caught my eye from the offerings on AutoHunter, the online auction platform driven by ClassicCars.com.

Since I often pick a lot of European sports cars, I decided to mix it up this week and pick some models that I have often considered getting but either lacked the space or was already committed to another car at the time.

So here are my picks:

The Chevelle is one of my favorites among GM muscle cars, and this numbers-matching SS 454 with a 4-speed manual gearbox is a great example. This car features some nice performance upgrades, including COMP Cam roller rockers, replacement Fel-Pro gaskets, street-port heads and more, making a fast car even faster.

I also love that this car is painted in Sunflower Yellow over a black vinyl interior and runs on period-correct wheels, modern-made Goodyear Polyglas GT raised-white-letter tires.

This Chevelle would be a fun car to go drag racing in on a Saturday night.

I have never owned a microcar but have always entertained the idea. The issue is that at 6’4” tall, I can’t fit into many. This Fiat 500C Belvedere could be the answer as I know I can fit in a standard Fiat 500.

This car is finished in cream and grey/beige with sliding side windows and nice brightwork for the bumpers, grille slats and moldings. The 569cc OHV inline-four engine only has 13 horsepower, so it’s the exact opposite of the Chevelle. I wouldn’t recommend racing even a moped with it, as you would lose.

On the other hand, the amount of positive attention a car like this would attract at a car show could rival the Chevelle.

Visit AutoHunter to peruse the many more offerings up for auction.