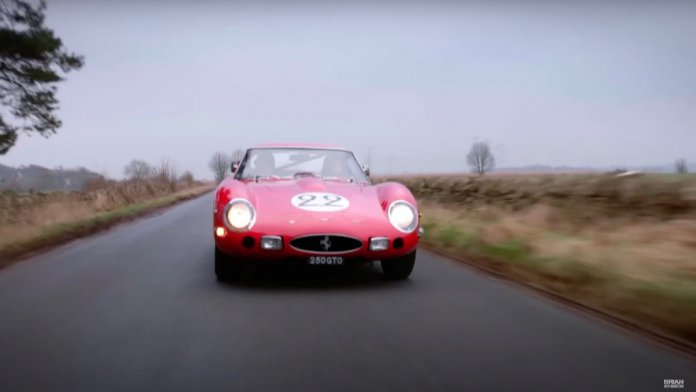 Pink Floyd drummer Nick Mason and AC/DC lead singer Brian Johnson aren’t just rock stars—they’re major car enthusiasts. So they’re among a handful of people that can not only afford a Ferrari 250 GTO, but truly appreciate it as well.

In a pair of segments from Johnson’s “A Life On The Road” television show, Mason showed off his car collection and took Johnson for a ride in the GTO.

As a refresher, GTO stands for “gran truism omologato,” Italian for “grand touring homologation.” It signifies the car’s purpose as a homologation special for sports-car racing in the early 1960s, and the name was subsequently appropriated by Pontiac for its GTO muscle car, and used on two later Ferraris, the 288 GTO and 599 GTO.

None of these cars can match the pedigree of the original 250 GTO, however. Its rarity (just 39 were made), design, and racing history make it the holy grail of Ferraris. Mason isn’t afraid of using his GTO like a regular car, though.

“It’s perfectly good on the road,” he said during the drive, adding that he used it to take both of his daughters to their weddings.

Mason also used the GTO as collateral to finance Pink Floyd’s 1987 tour, supporting the band’s 13th studio album, “A Momentary Lapse of Reason.” The GTO can probably finance a lot more than that today. It’s considered to be among the world’s most valuable collector cars, with one example alleged to have traded hands for $70 million in 2018, and others selling for $50 million and $40 million in recent years.

Pick of the Day: 1965 Chevrolet Biscayne, once owned by Dale Earnhardt Jr.