Didn’t see a dragstrip in the entire film, but some great road racing footage 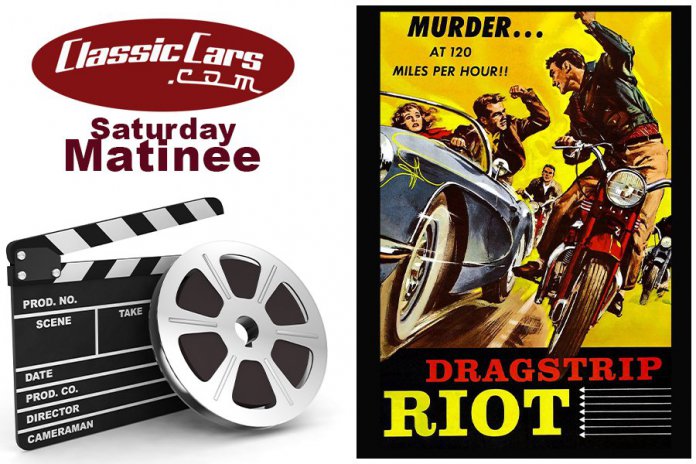 Dragstrip Riot has all the elements of a good Hollywood story. Good guys and bad guys, a romantic feud, teenage angst, accidental avoidable death, revenge and triumph. The familiar themes make the movie, made in 1958, as viable today as back then.

The story centers around Rick Martin, a recent high school graduate on his summer vacation before college. He lives with his widowed mother (from WWII) and his paternal grandfather. The clean-cut Rick is part of a Corvette club — and wow to see those sparkling C1s – but seemingly has had trouble in his past.

He and another club member, Bart Thorsen have some tension as they have both claimed dibs on the lovely Janet Pearson. The rivalry spills over onto the track as well. The club is also faced with a motorcycle gang that has a beef with Rick after a fight outside a malt shop.

We won’t spoil the story, but as mentioned, the plot twists to heroes and villains, romantic rivalry, cool cars and rockabilly. In a way, while that ‘gilded age’ seemed so much simpler, the same tensions arise amongst the players as today – just without the connected devices. It does transport us back to a time when there was real and honest human interaction and a car would deliver people to those places.

Ironically, at no point in this movie do you see any cars racing on a dragstrip. However, Rick and Bart participate in a road race. There is some great vintage footage at Willow Springs International and the long-gone Palm Springs Road Races. Among the other cars seems to be one of Max Balkowsky’s “Old Yeller” racers, along with Jags and MGs.

It certainly makes one wonder how much GM was behind the film, because it really does a nice job of showcasing the first-gen Corvette.  Like many of our Saturday matinees, Dragstrip Riot rolls back the clock and tells a great story.