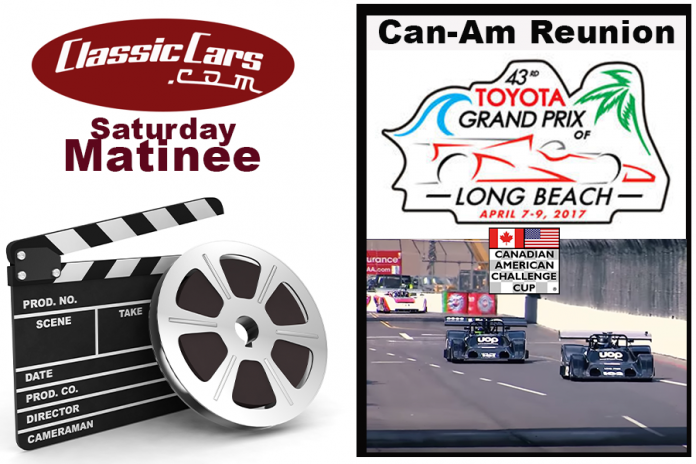 In 2017, a major change took place in the schedule of the Grand Prix of Long Beach weekend. The iconic Toyota Pro/Celebrity Race, which had run since 1977, had been abandoned by Toyota. This would be a harbinger to the loss of Toyota Sponsorship of the overall event as Toyota’s North American HQ moved from Torrance, California, to Plano, Texas. The event is now enjoying sponsorship from Acura.

In all honesty, it really wasn’t that big of a deal, as the “stars” had gone from top pro drivers and A-List celebrities to the equivalent of the cast of a bad episode of the Love Boat. But the GPLB team replaced the showcase – and made fans completely forget about B- and C-list actors – as the Can-Am cars of the mid 1960s to the early 1970s roared around the seaside circuit.

The Long Beach Grand Prix began with a Formula 5000 race in 1975 won by Brian Redman in a Lola T-332, just a year after the demise of the unlimited Can-Am series. So, Can-Am never got to race in the salty seafaring town. Then in 1976, Formula One came to town and stayed until 1983 when the weekend’s feature race became the IndyCar series.

But in 2017, fans got their chance to see the ground-pounding big-bore sports racing cars of Can-Am take to the Long Beach Circuit. The Historic Motor Sports AssociationThe monstrous unlimited cars of a bygone era thunder around the famed SoCal streets. Historic Motor Sport Association (HMSA) CEO, Cris Vandagriff, was approached by Jim Michaelian, protegee of LBGP founder, Chris Pook, and president of the LBGPA, to bring a historical element to the vacant slot.

Vandagriff immediately knew what to do: call all his members with Can-Am cars. He would know them well, as Vandagriff was a member of the family that owned famed Hollywood Motors and was the chair of the car-selection committee for the Rolex Monterey Reunion. Many jumped at the chance to showcase their cars in front of the crowd.

So along came two 1974 Championship-winning Shadow DN4s; Lolas, including a high-winged T-162; M6A and M8B McLarens; The McKee MK10 that Paul Newman drove in the movie Winning; and a replica Ti22 that had been built the previous year, to name a few from a field of 20.

Vandagriff has since brought a contingent of his historic racer buddies out for the weekend showcase; in 2018 it was the Trans-Am series and in 2019 the IMSA GT cars. Each has been a crowd pleaser.

This video is the 20-minute Saturday race, taking the slot of the Pro/Celebrity Race.

Bet it will make you forget as well.