RSR Build: For the love of Porsche

The RSR Project was created by Richard Schickman out of his own personal need… well, lust… for one of those iconic 911s 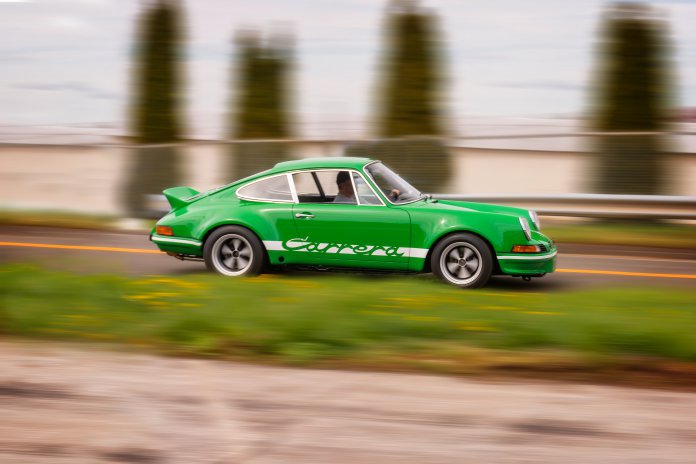 Richard was a fan from an early age. At 15, before he could have his full license, he bought himself a 1969 911T. It was a bit of a basket case. No matter… Schickman learned to weld and put in new floors. Hanging out in garages gave him other practical knowledge. He got the ailing car roadworthy and went out and drove it.

Life got in the way for a while as Richard got involved with the world of New York real estate.

Along the way, Richard bought himself a present: a flawless ‘67 912 from the West coast.
He loved it; it was a beautiful car, but underpowered. He was about to take a torch to it, when clearer minds prevailed: “It’s too nice to turn into something else!” The 912 found a new home and a ‘77 911 took its place. 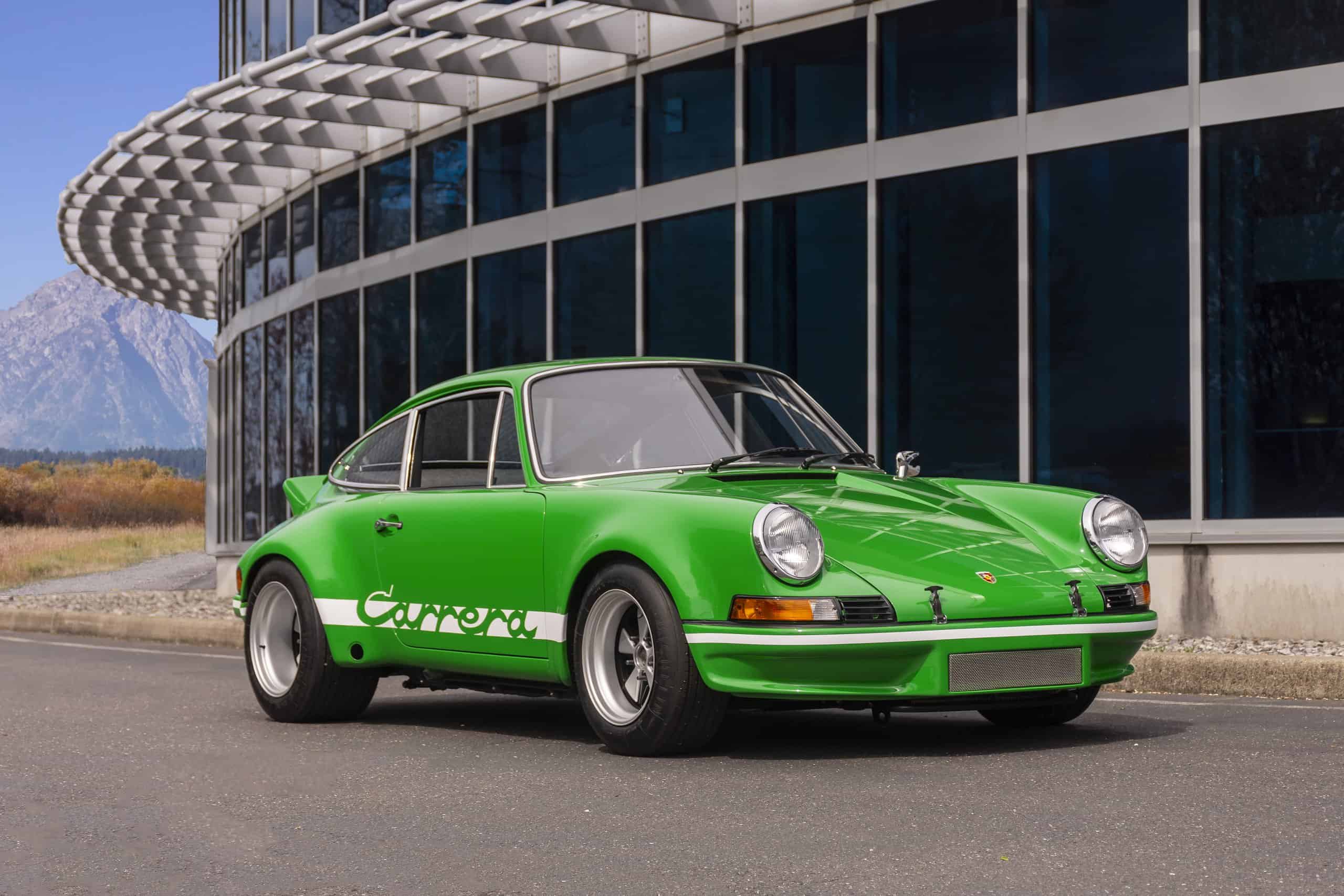 Richard had always loved the fire breathing RSR Porsches of the early 70s the shape was intoxicating the power addictive and the price tag for an original was astronomic. So what was he to do, just dream about that out of reach machine? No, he went about building one for himself. He found a donor car and went about creating his dream car. As it was finished someone else wanted that dream more than he did and offered an amount Richard could not turn his back on. The car went away and Richard had to start all over again. This happened several more times Richard could not keep a car for himself. This was the beginning of The RSR Project. Cars built with a fanatical eye for detail. 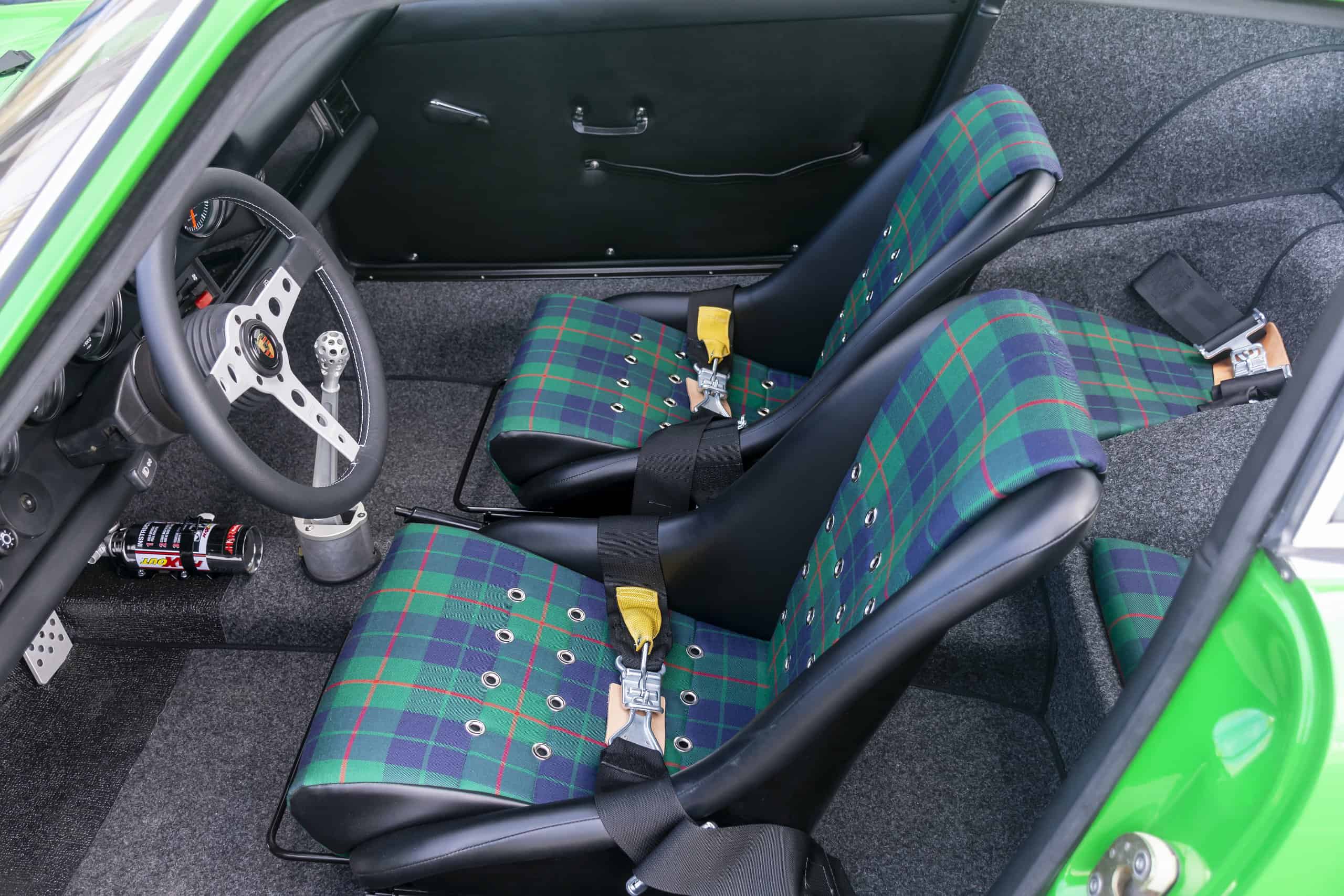 First an 84-89 Carrera with no accident history and no rust is sourced. This is the go-to period, as the bodies were galvanized and are in the best shape. The donor is stripped down and media blasted, and work begins. Steel flares and proper fiberglass duck tail is added to the exterior, along with period-correct lightweight bumpers. Originally a fiberglass long hood was used as well, but Schickman went back to a steel version for a better fit. All glass, gaskets, and rubber are replaced as well. At the same time, the engine and transmission are rebuilt and detailed to within an inch of their lives. The suspension is fully rebuilt and given new shocks and bushings. Brakes are also new at all four corners.

The interior is given the RSR treatment as well. The dash gets rewrapped and the glovebox door is removed for that extra weight savings, just as in the original. A new headliner is added to the mix along with no nonsense RS door panels. Fixed shell bucket seats with just a touch more padding than their race counterparts are there, along with Perlon carpet, and a Wevo shifter. Steering wheels are either a 380mm deep dish wheel or a Momo Prototipo. 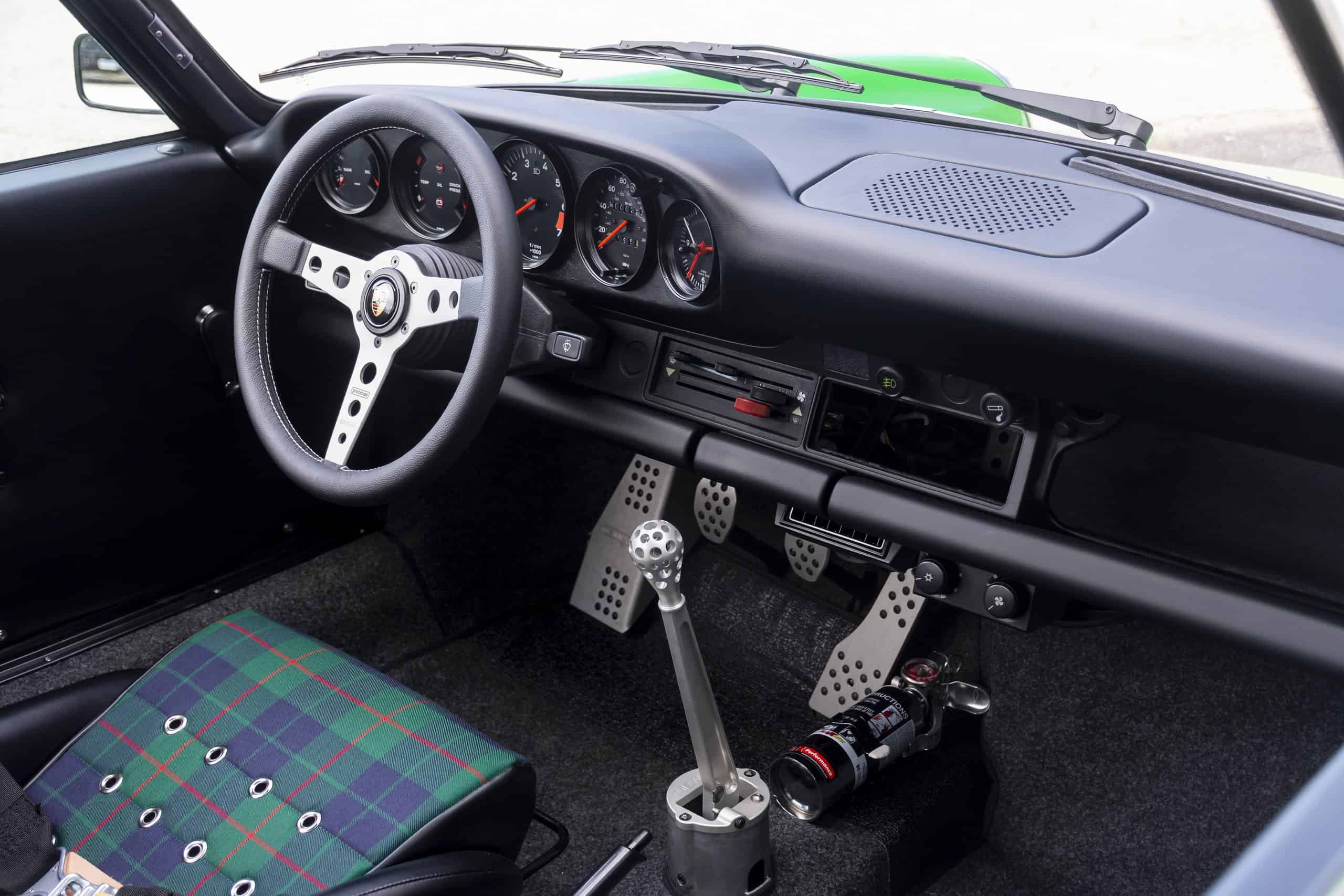 Underneath the ducktail is not the high strung 2.7, but the most marvelous, more potent, indestructible 3.2 motor.

Coming off the back of that motor is a non-standard looking exhaust. A banana muffler has been capped, with twin 3-inch diameter pipes mounted in the center. Then the whole thing is ceramic coated, admittedly a bit different than the standard RSR twin pipes. But the sound makes up for any variance from the original design. 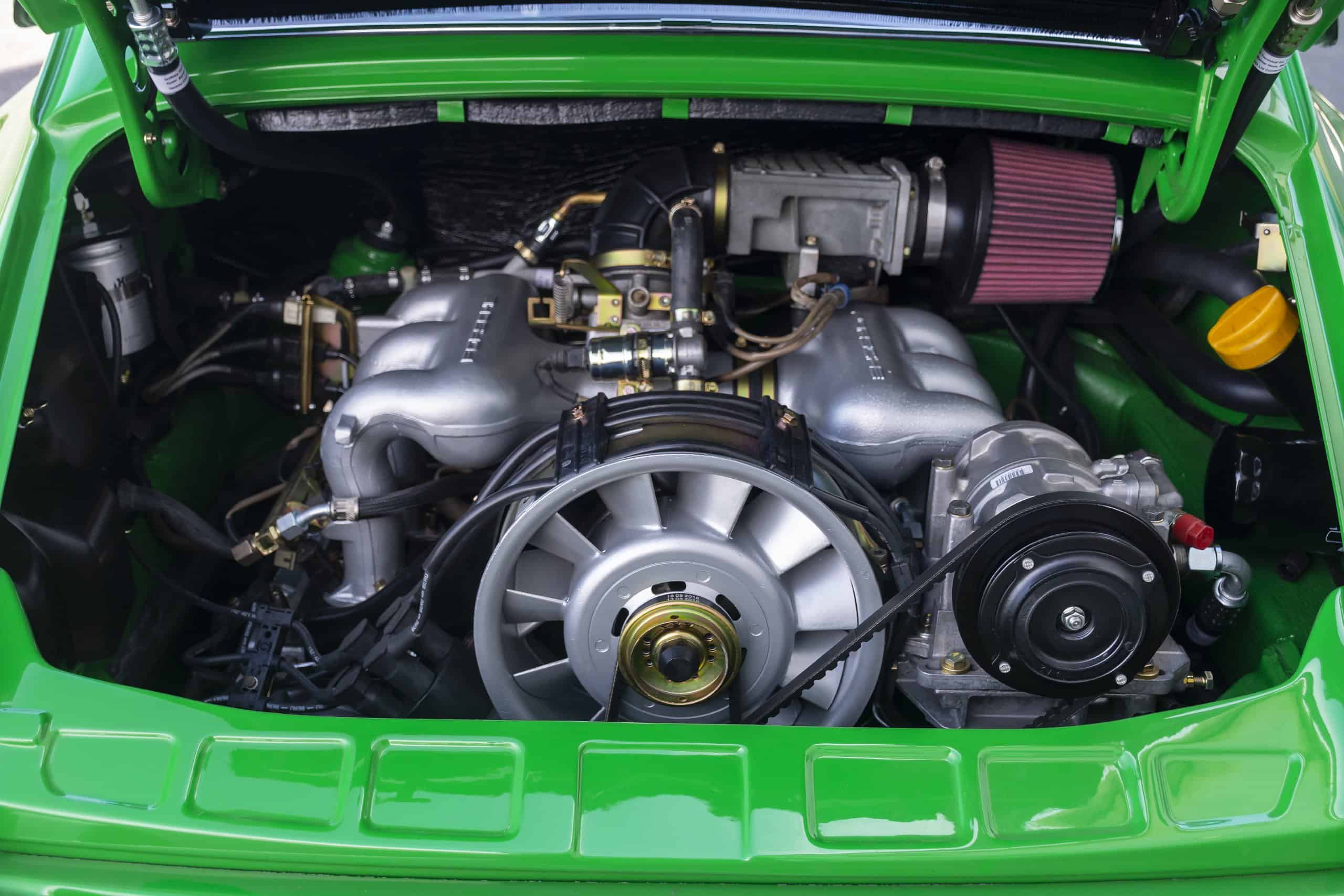 The donor car has been relieved of a big chunk of weight, with the removal of impact bumpers, impact shocks, and the front and rear steel deck lids, plus other little bits and pieces—so there is a weight savings of 400+ pounds. This reincarnation is absolutely ready to rock! Fuchs style wheels built by Briad 15X9s in front; 15X11s bringing up the rear, shod in Michelin TB-15 rubber keeping the RSR stuck to the road like glue.

Schickman sweats the details. It may have a 3.2 heart beating under the hood, but you won’t see electric window switches on the doors or the center console for the AC It also has 70s style pop-out rear side windows, not the 80’s fixed ones. 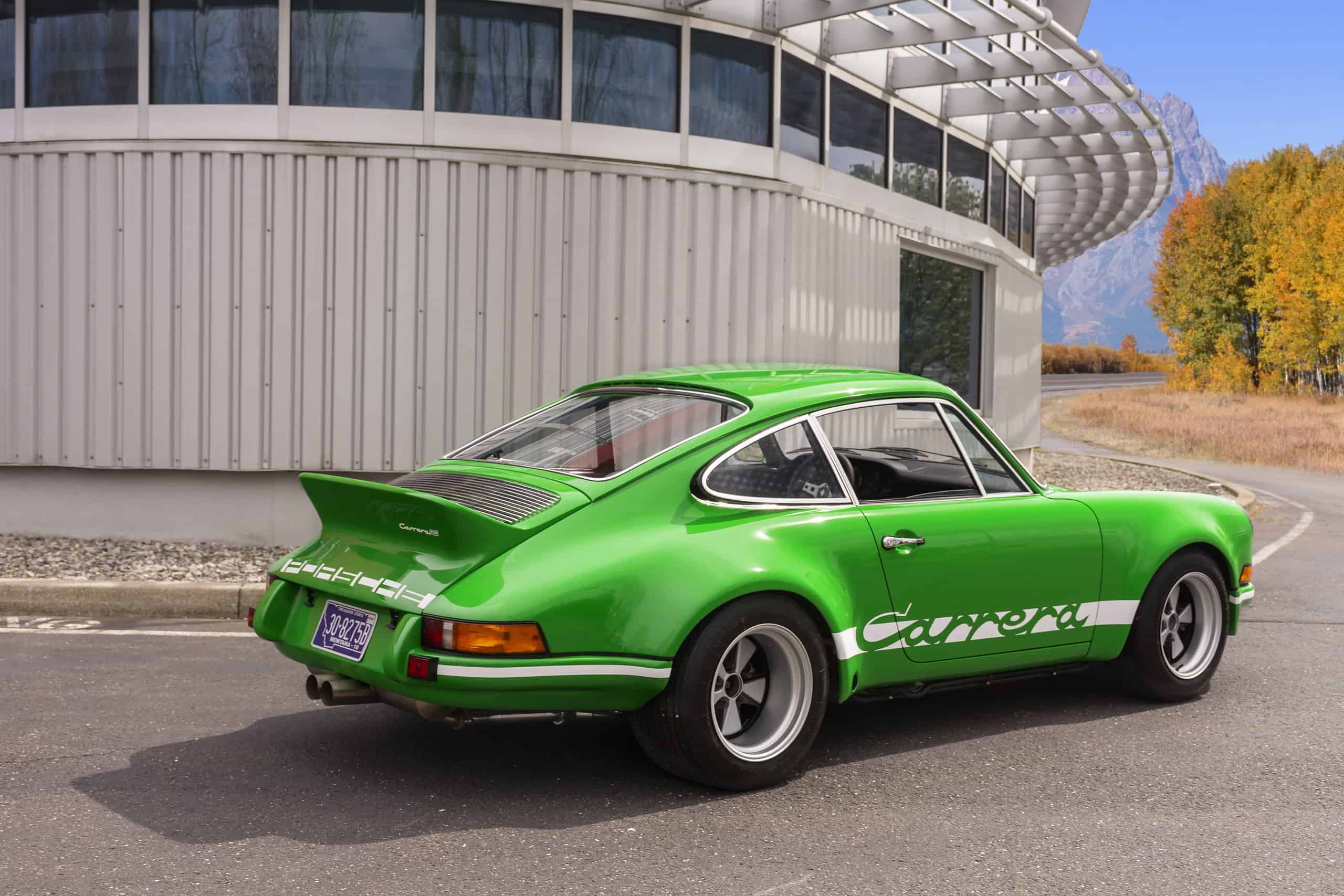 The RSR Project cars take you back to a more simple time, a more analog age where there weren’t all those computers getting between you and your driving pleasures. The steering is tight and precise; the RSR Project auto has gone on a weight saving diet, so it’s very responsive. And that sound when you put your right foot down is a tune straight out of Steve McQueen dream.

Another nice thing about this car: it’s not the high-strung racer it’s mirroring. You can take it out on the open road or down to the local Sunday car gathering and get as much joy as you would ticking off laps at your local track. 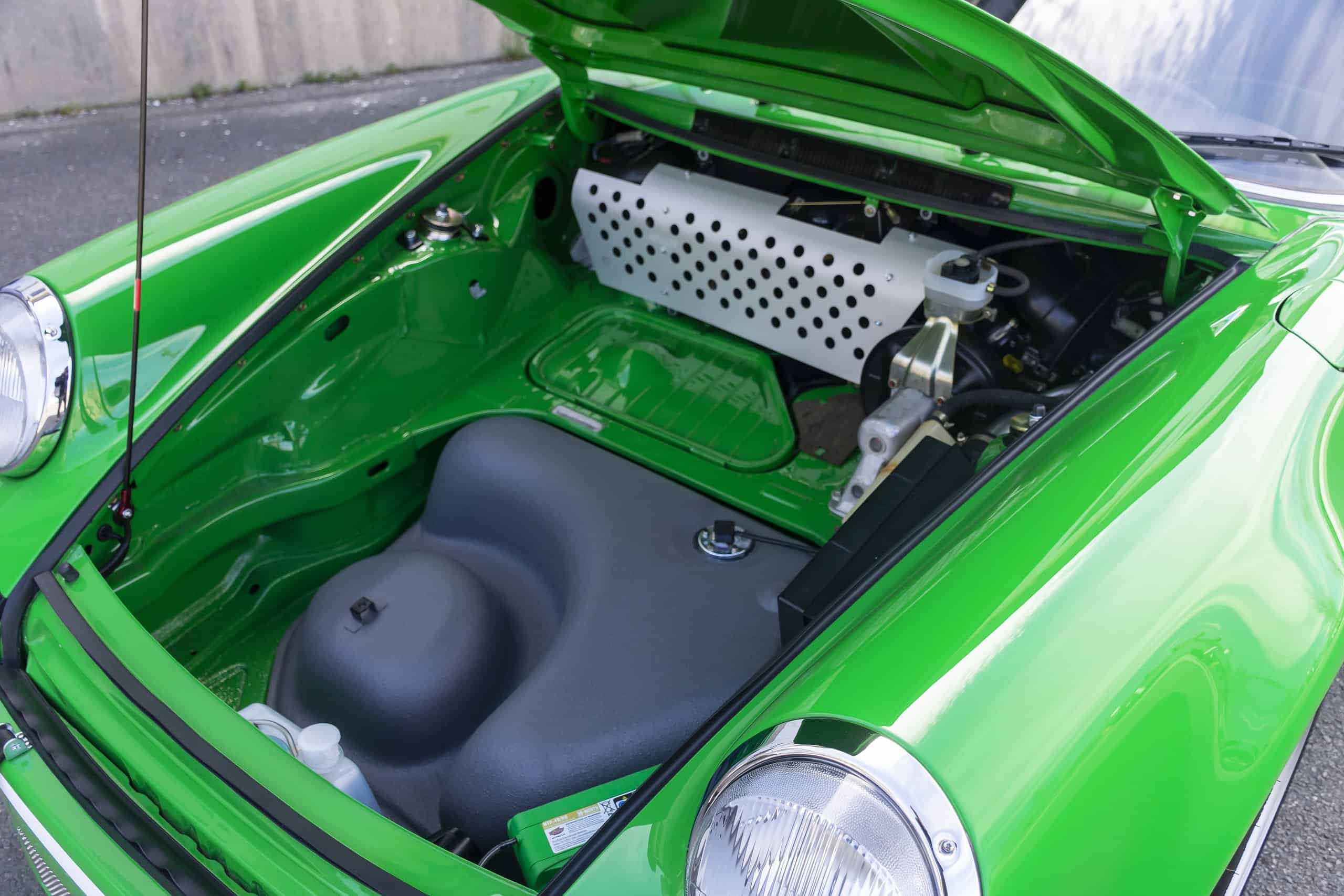 There is a wonderful immediacy to Richard’s creation. Everything is working in harmony; it doesn’t pin you to the seat, but it is plenty quick, with a proper Porsche feel. It’s of a true-to-type, palpably mechanical, with no electro-minders getting in the way. Just you and one of the sexiest 911s ever created. You’re wrapped up in a classic Porsche environment, with the look and feel of an unobtainium historic racer. 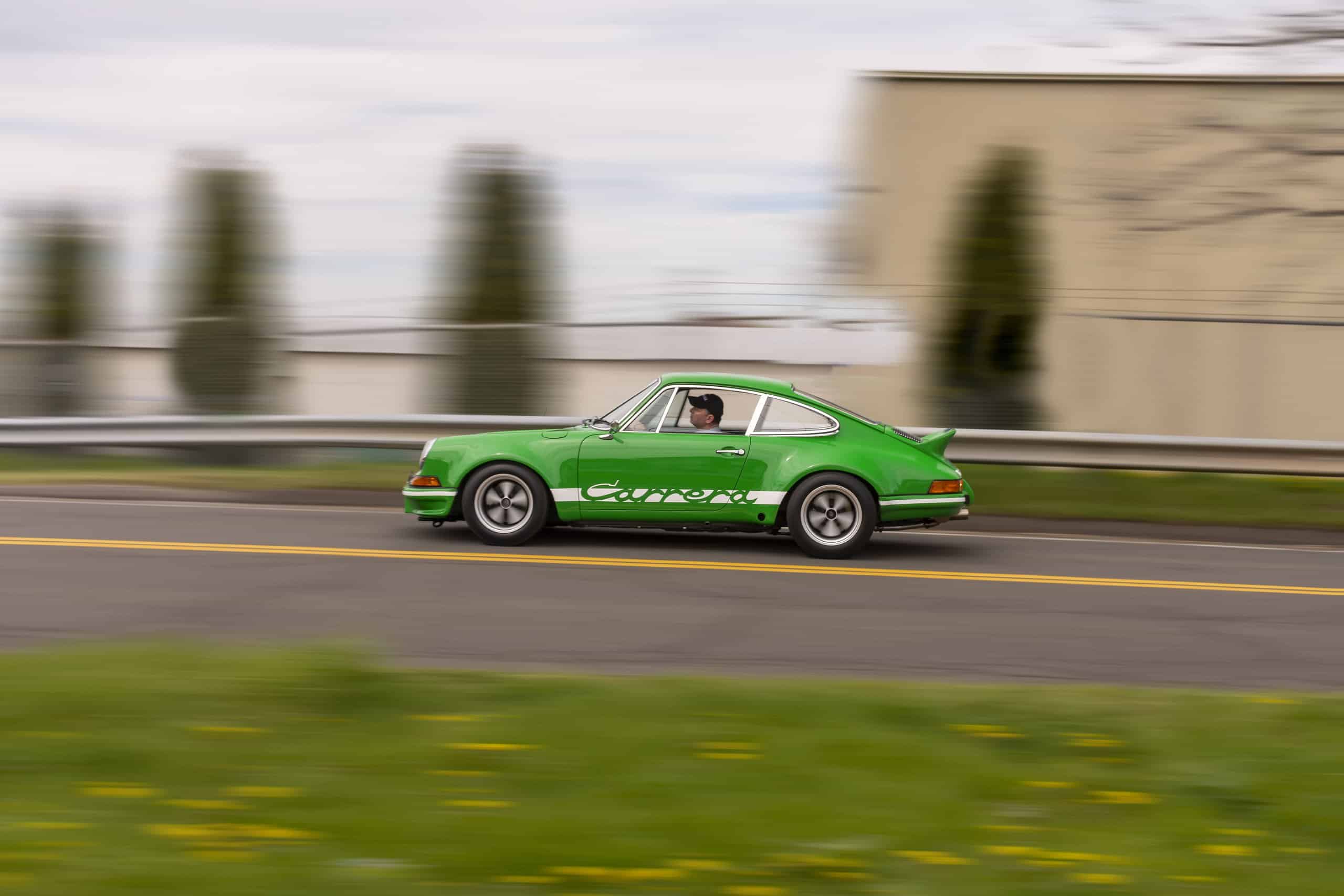 Each car is built to customer spec with a wide color palette available as well as a choice of material for the seats. Some go for the traditional duck tail others go sans duck.
People have asked for crazy engine mods, but Richard likes to stick with the tried and true 3.2 as with the lighter car that is all you really need, he also likes to stay close to his $195,000.00 price point ( that includes the Donor car.)

With many custom Porsches, you have a three or more year wait for your dream on four wheels. Schickman has been able to turn his creations around in six months.

So if you have dreams to be like Vic, Steve, Derek, or Hurley a creation from The RSR Project just might be the answer to your prayers. 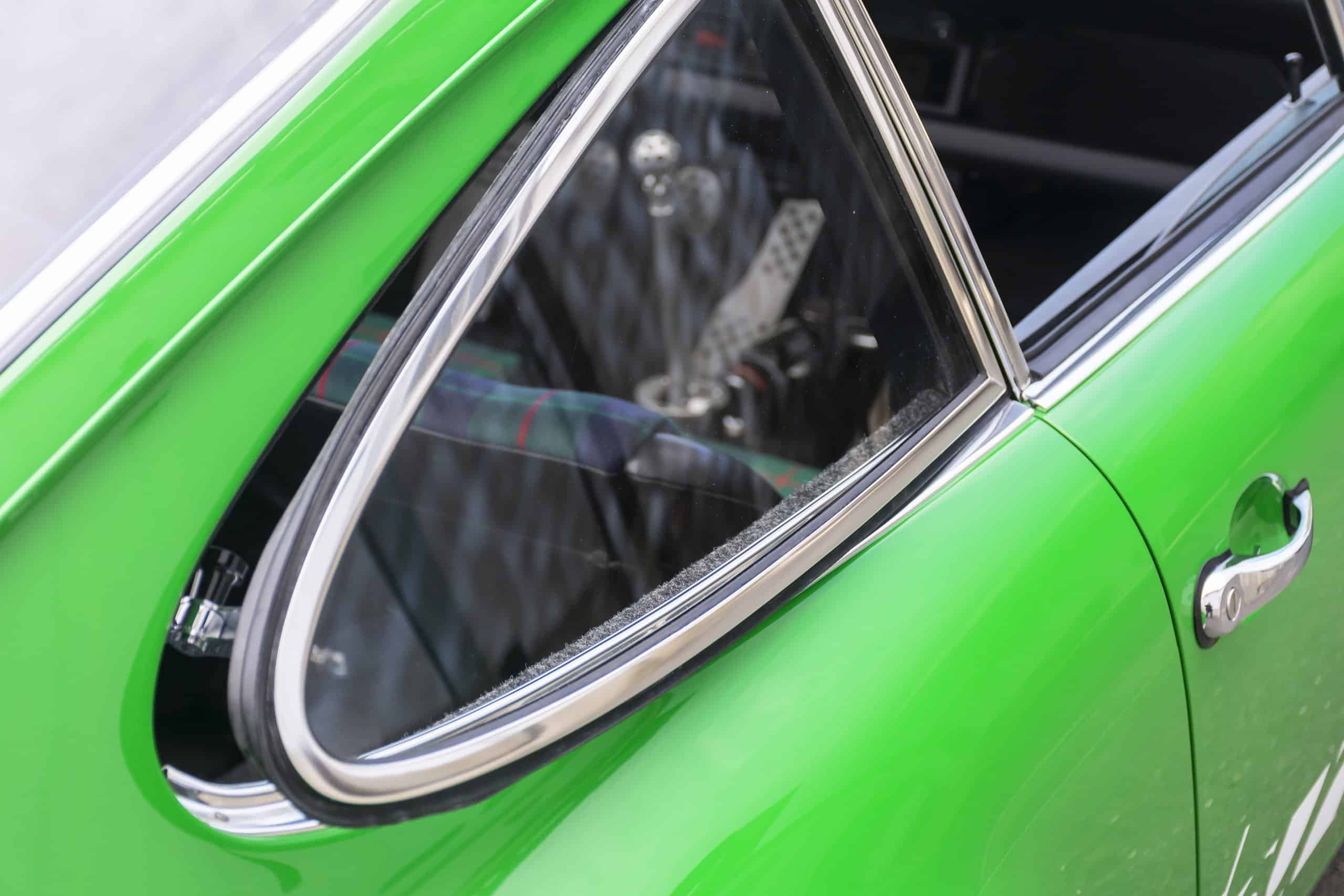 It will start you dreaming.