Here’s a car that brings out your inner Steve McQueen

Icons need celebration. That’s just what Ford Motor Company has done this year with its 2020 Mustang Bullitt Edition. The Highland Green car is a tribute to the iconic original and its driver, Steve McQueen as Frank Bullitt, giving chase through San Francisco in one of the greatest car scenes in silver-screen history. 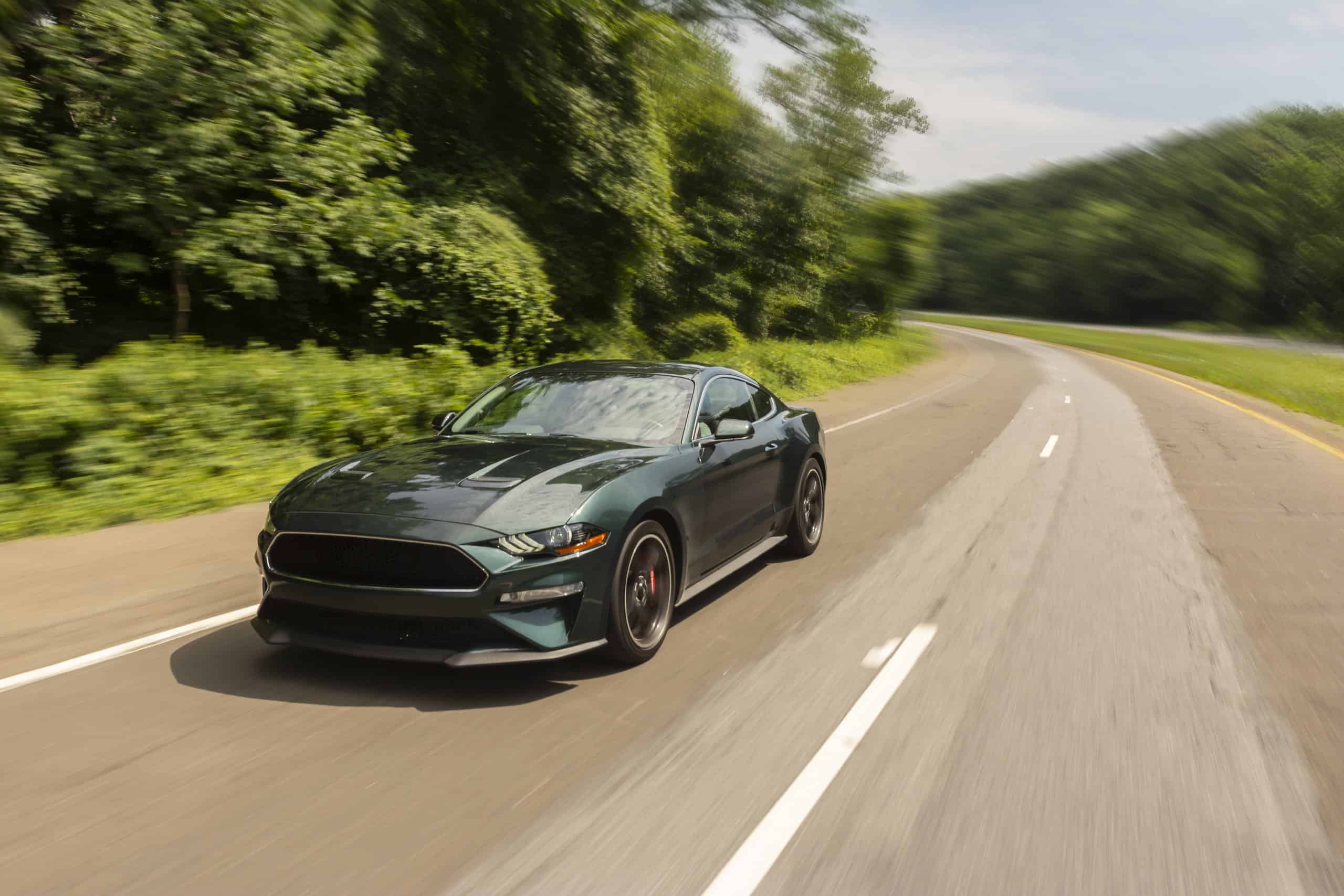 The famed movie “hero” car just crossed the Mecum Auctions block in Kissimmee, Florida, where it sold for $3.4 million — the most ever paid at auction for a Mustang. If that winning bid was too rich for your blood, no worries, have we a car for you.

The original ’68 Mustang was purchased by Warner Brothers Studios and handed over to Max Balchowsky (of Old Yeller fame) to get it ready to chase the baddies around the Bay. Engine and suspension work were done, along with removing all exterior badging; the car was scuffed up a bit to give the Mustang a bit more of a cop’s daily driver look, but with a heavy dose of cool. 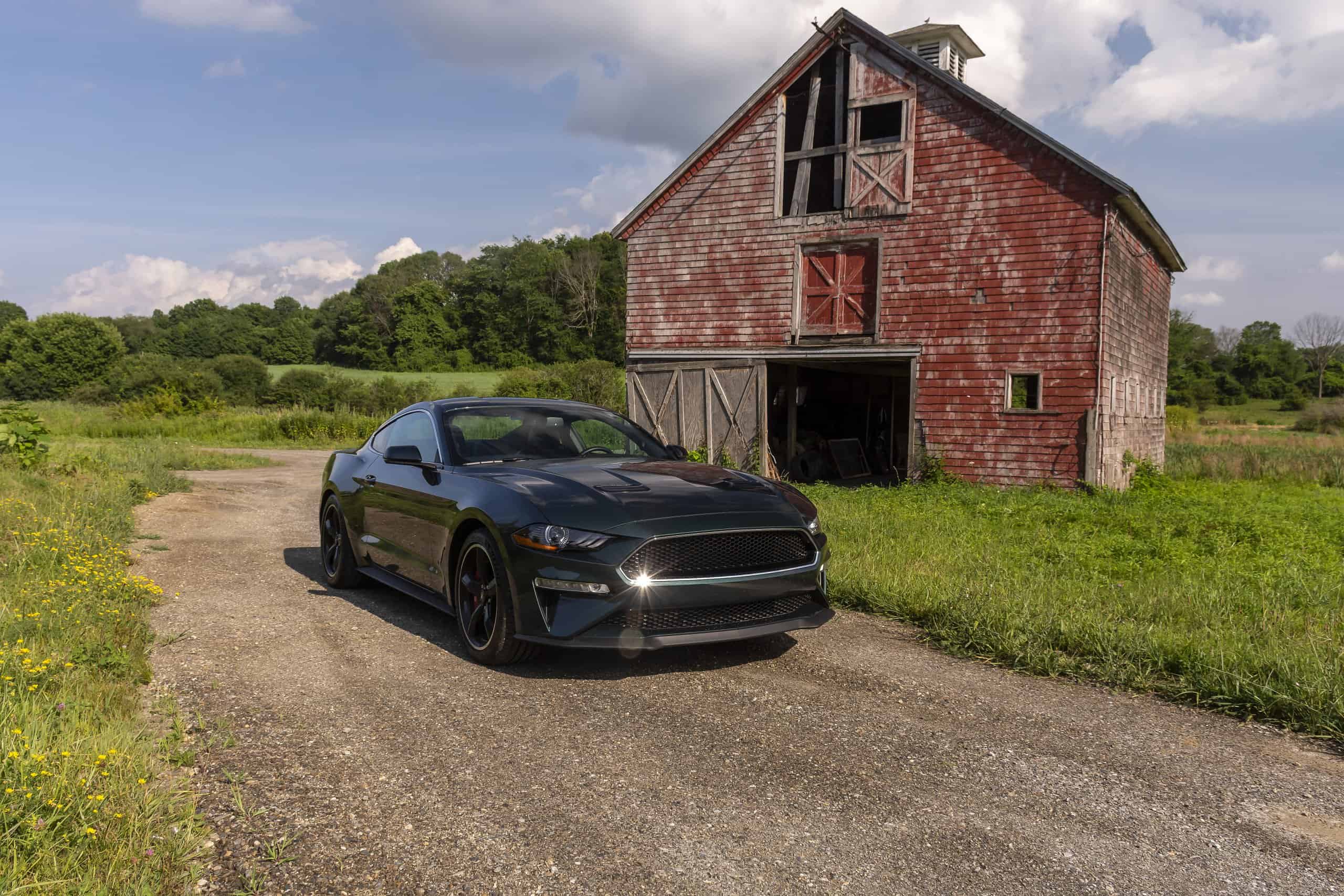 That’s where the McQueen effect comes into play. You have a guy who looks like a Stanford professor on a day pass from his teaching duties, but also hipper than anyone around. Neither the car nor the man was flash, but they grabbed everyone’s imaginations and took us for a wild ride. If you were of the period, you wanted to be Steve and you wanted his car.

A half century down the road, you can channel your inner McQueen with your very own 2020 Bullitt Mustang — naturally in Highland Green. It’s available in black as well, but why would you? 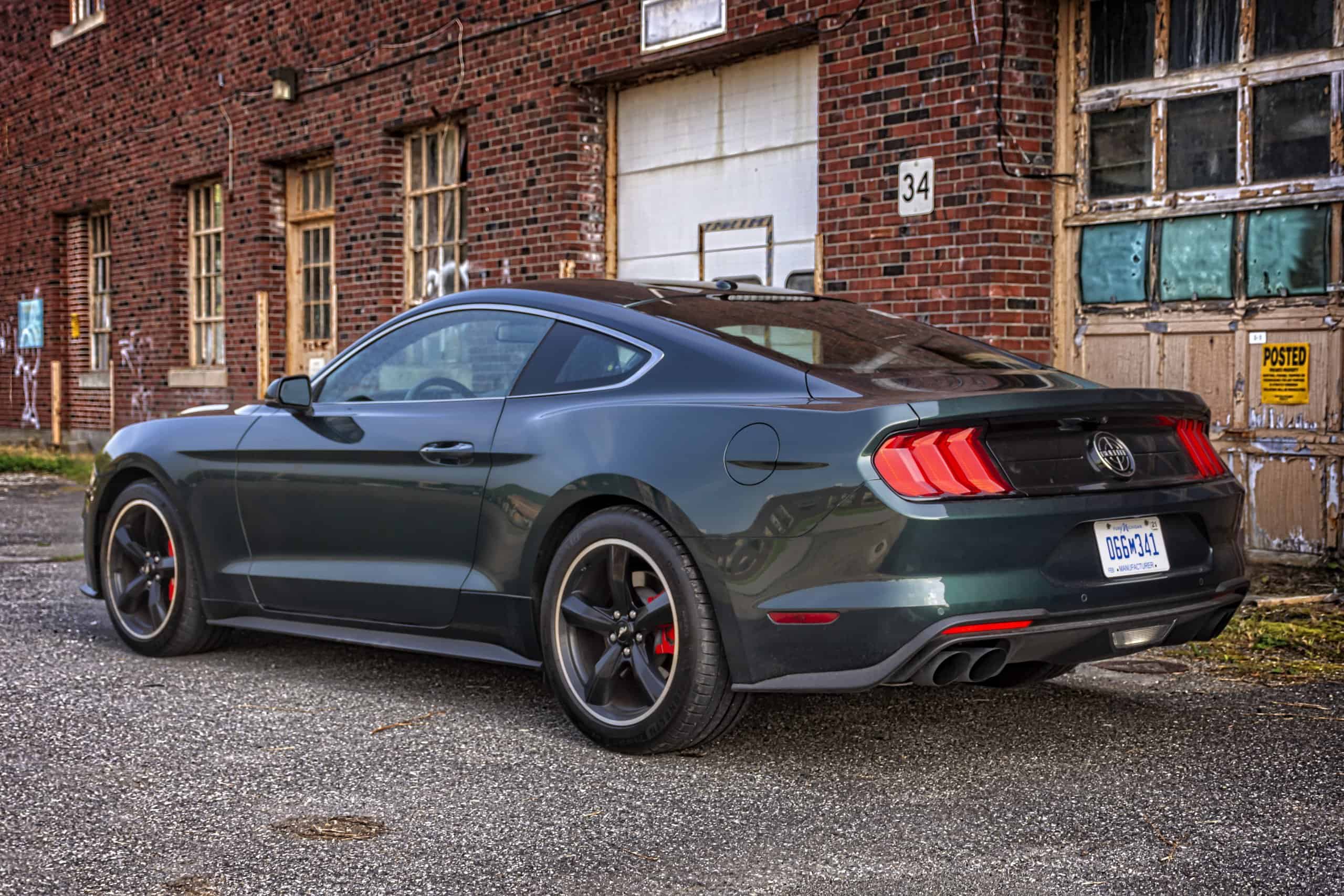 Ford first released its homage to the star car in 2001 and then 2008 with the same ethos as the 1968 ancestor, Green, no badges, torque-thrust style wheels, and a sleeper vibe, that is, until the key is turned.

The latest interpretation of the Bullitt takes the pony to a whole other level, with a 5.0-liter Coyote V8 producing 480 horsepower while sing-ing a wicked song. The original movie car was brought to Ford and used as inspiration as they tuned the modern car’s vocal cords.

The ’68 was sort of incognito-cool. The modern car just looks vicious, but cool all the same. 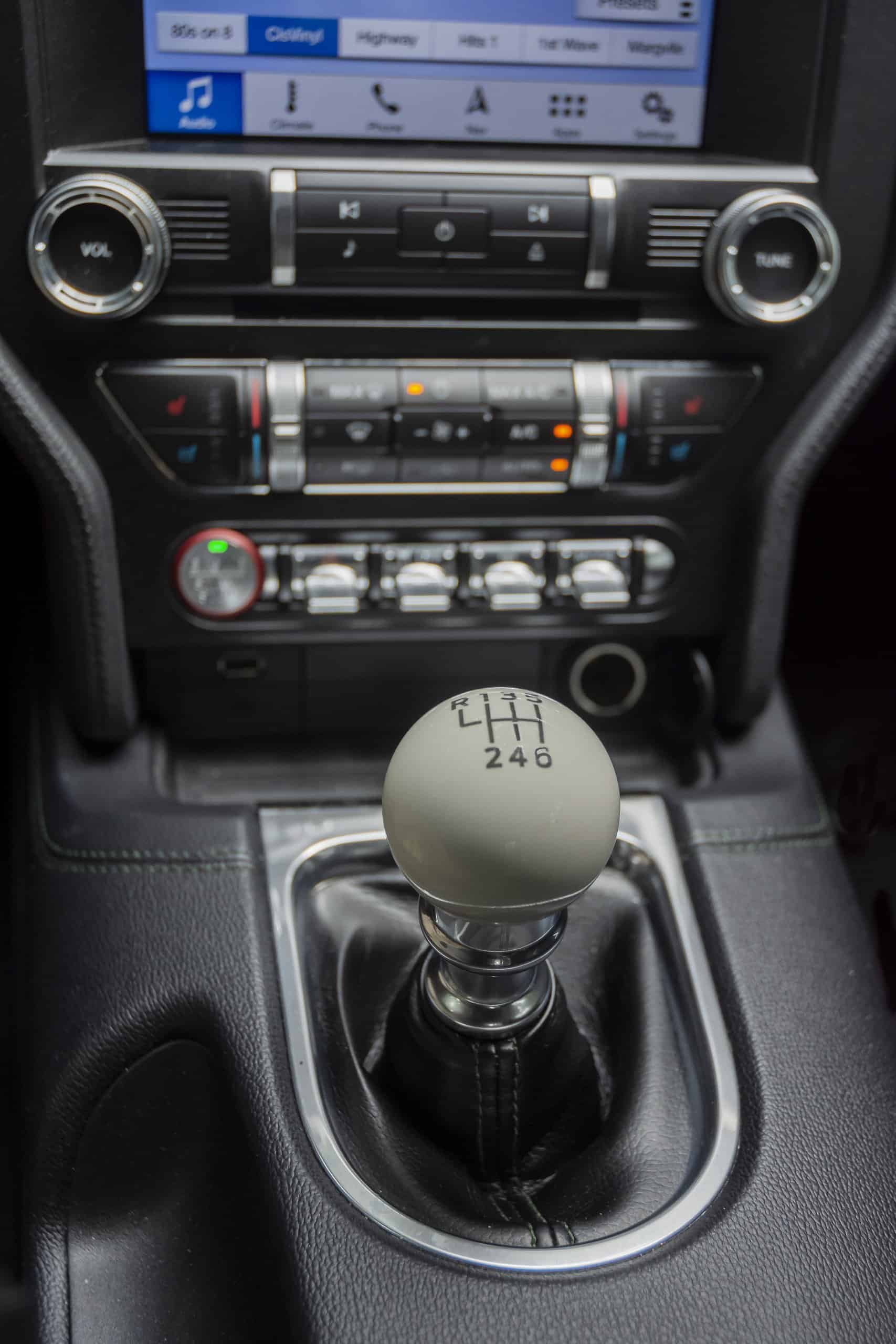 In the world of technological bells and whistles, the Bullitt has a nice analog feel, even with a digital dash and mood-lighting adjustments. Best of all, it has three pedals and a short-throw 6-speed with a cue-ball shift knob. On the down shifts, the assisted rev matching makes you feel like a leading man and keeps you smiling every time you drop a gear on the h-pattern. Of course, you can defeat the driver aid if it’s too showy for you, but you will probably leave it engaged, because it’s just so damn cool.

Being on the East Coast and not having a willing Charger to chase, I make do with the back roads of New York State on my way to Lime Rock Park. 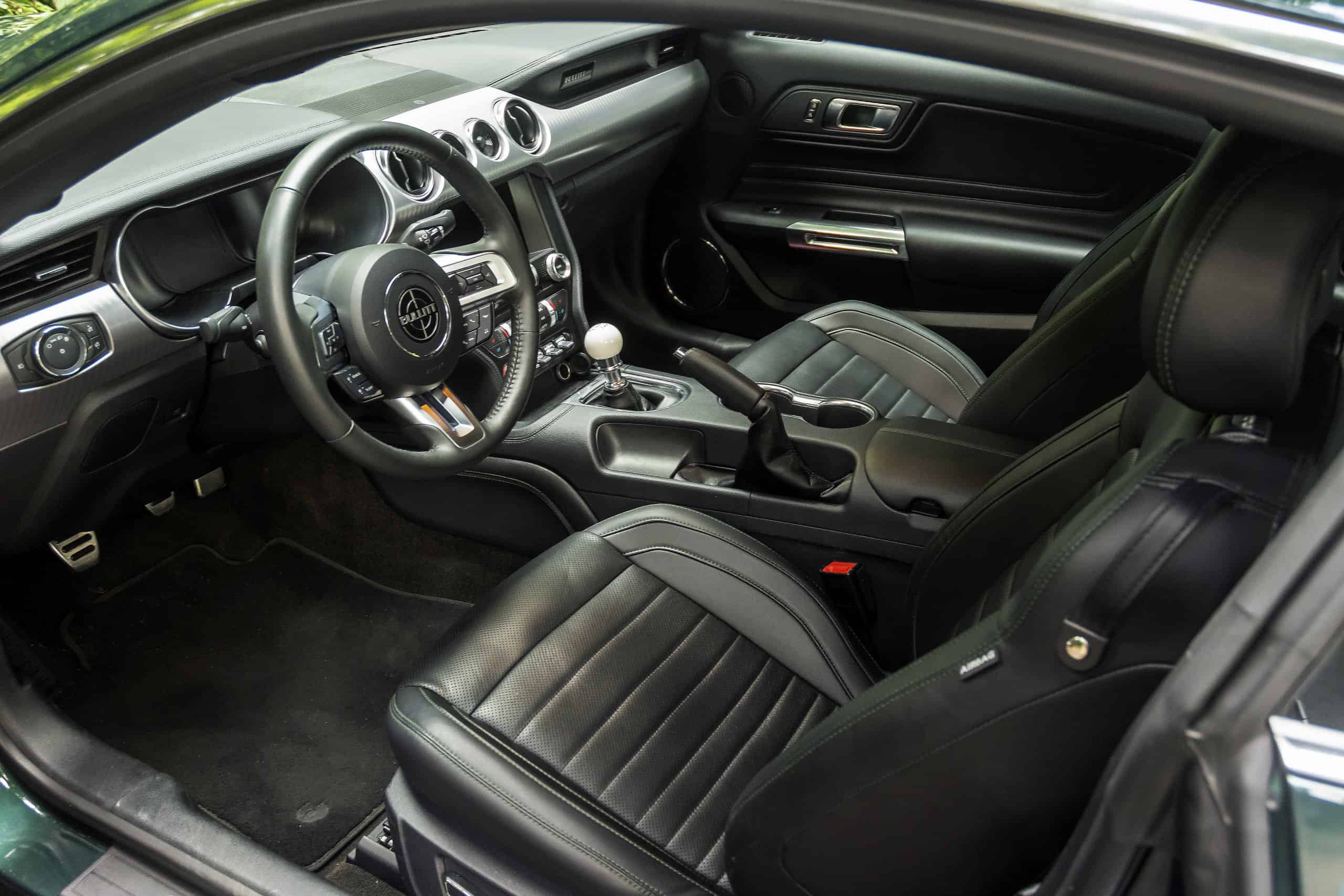 Ford has created a Mustang for 2020 that goes toe-to-toe with many Eu-ropean GT cars costing way more. Set your drive mode and choose your digital gauge layout and make tracks. You can eat up miles on the open road with ease and carry on a normal conversation without have to shout over an intrusive engine drone. The active valve exhaust takes care of that. You can tailer to the situation. Leaving early in the morning and you want to keep in good graces with your neighbors, there is quiet start. An average day, set it to normal, feeling sporty, press sport, feeling like an all out boy racer, select track. And even with the Mustang’s size that winding back road becomes your new best friend. This iteration of the holy grail of cool Mustangs gives props to the original while adding the right amount of tech without going overboard.

It can be semi-stealth when it needs to be and then it can take you up to triple digits without even breaking a sweat. It has no problem hanging with the cliques of the 6- and 7-figure mega cars on the road and at the valet stand. The Bullitt carries its attitude as a no-cost option. 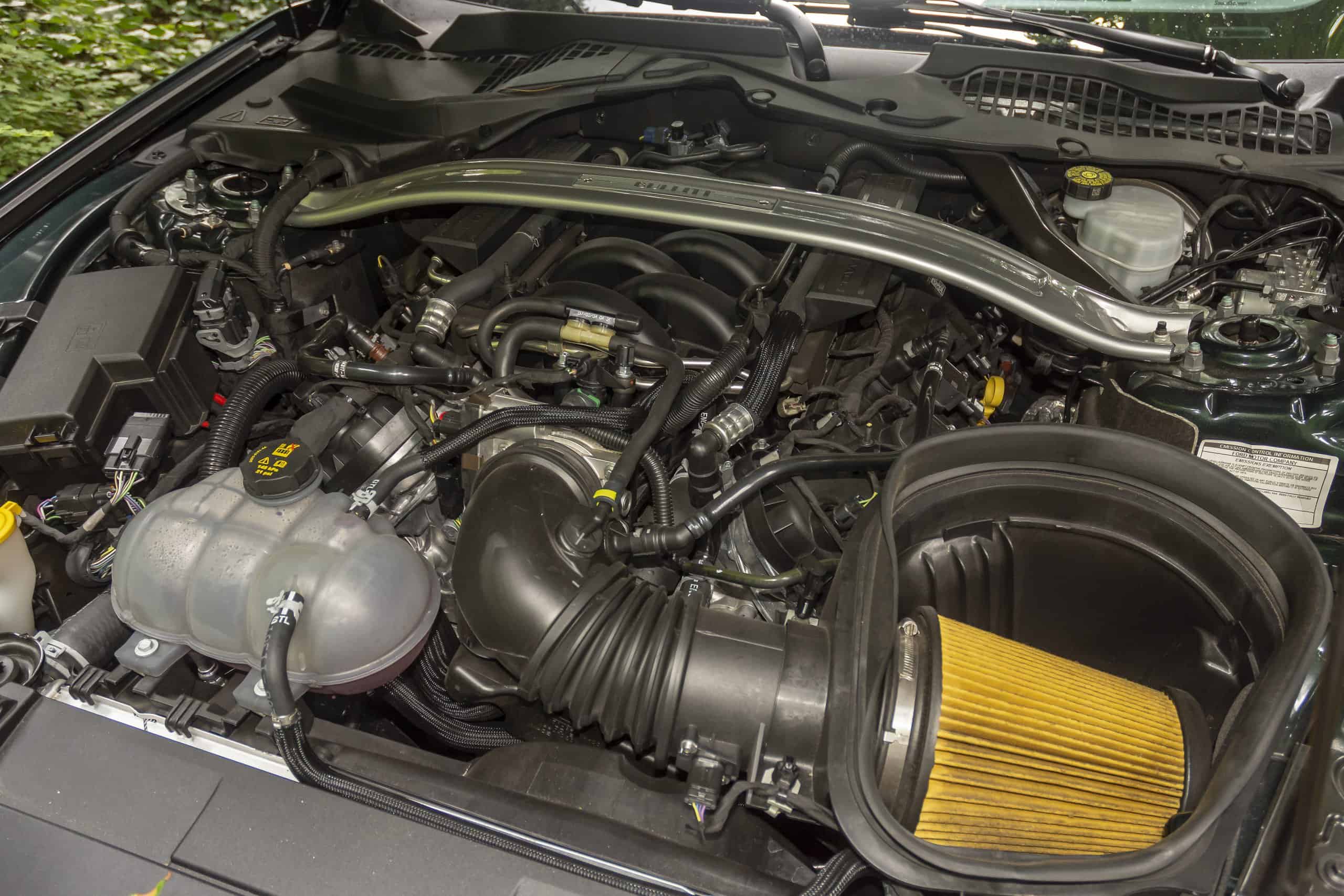 Planning to spend some time on the track? There is with the even more analog GT350 with its 40+ extra horsepower, flat-plain crank and super sticky tires. There’s also the beast-like Shelby GT500. However, the 500 is missing the third pedal and cue-ball shifter.

How good is this Bullitt Mustang? I took a friend for a ride. His garage holds Aston Martins and E-type Jags. He has raced a Jaguar special for years. He has never owned an American car. Intrigued, he asked if he could drive. We took this steed out on a variety of roads and he just kept laughing with hooligan joy. He wanted the car. I told him this one would go to auction after its press time was done. He couldn’t wait, he started searching Ford dealers and now his very own Bullitt sits next to his Aston DB4. 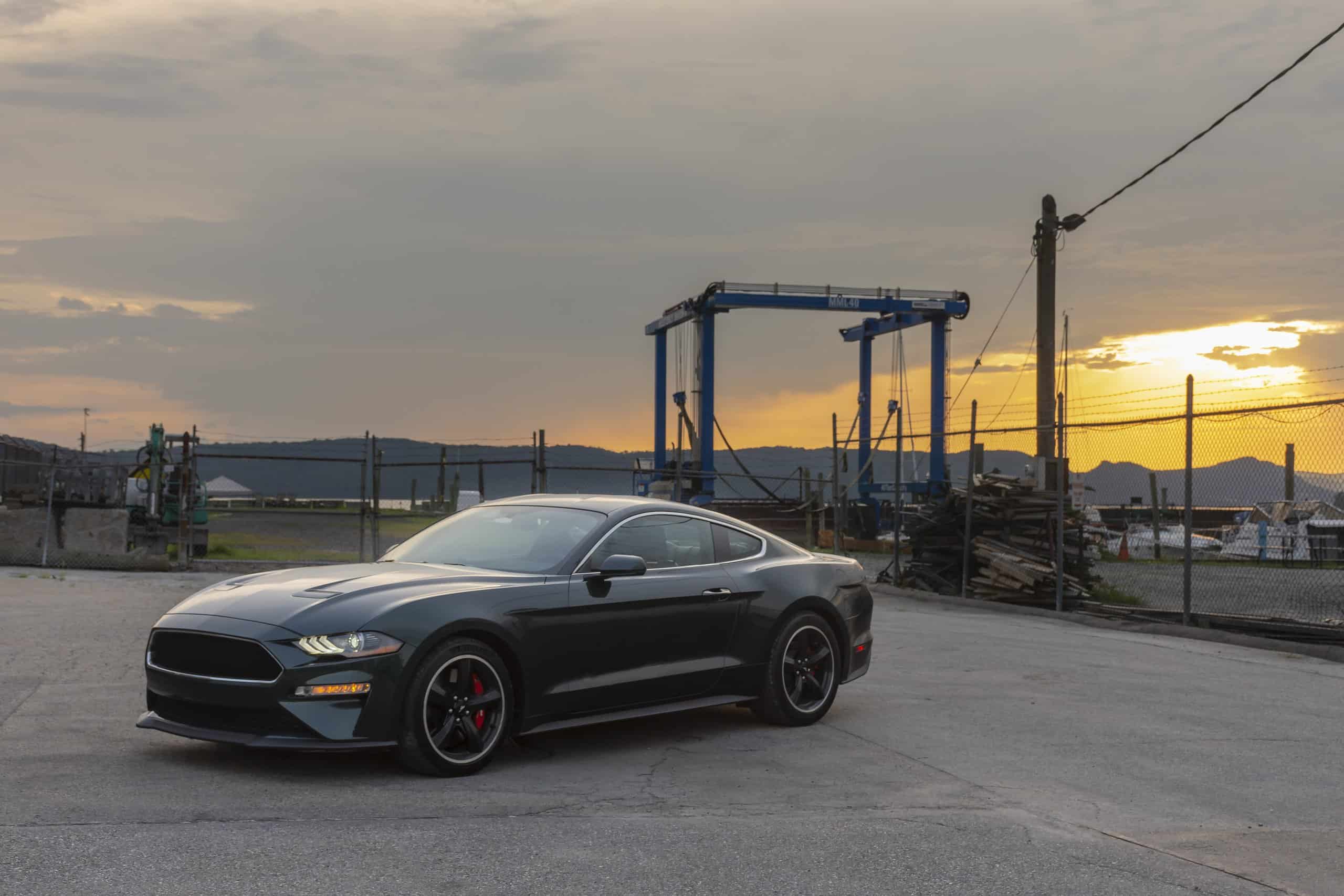 So, as an all-around great road car the Bullitt Mustang would be my little pony. Come on black Charger, show yourself, your ass is mine.