Shelby American continued its most copied model to answer a demand in the specialty car market. This CSX4000 series SOHC ‘Cammer’ is a premium example

This ClassicCars.com Marketplace featured listing is a 1965 Shelby Cobra in Henderson, Nevada. With just 65 miles on the clock, the next steward of this Shelby-built continuation is like getting the car brand new.

The CSX4000 series was Shelby American’s answer to the growing number of kit-car replicas in the marketplace. Carroll himself felt many of those cars lacked performance and quality His answer was the CSX4000 series. These Cobras were made to be everything the originals were, including Shelby’s stamp of approval. 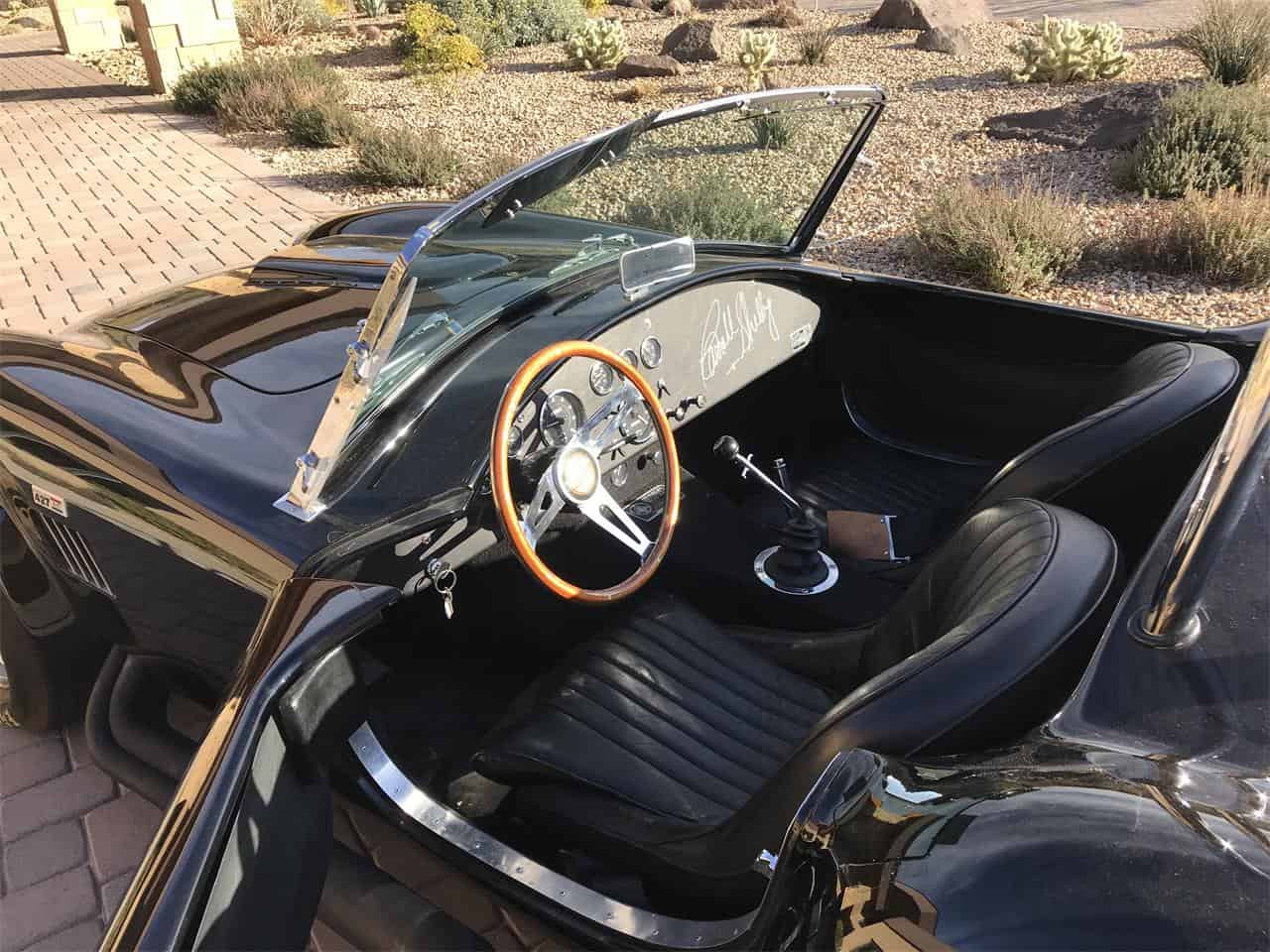 According to the seller, “To my knowledge, it is the only Cobra built by Shelby Enterprises with a single overhead cam (SOHC) 427 installed in it.”

The torquey “Cammer” or “Sock” (SOHC) as it was called back in the day was a very popular engine with drag racers. 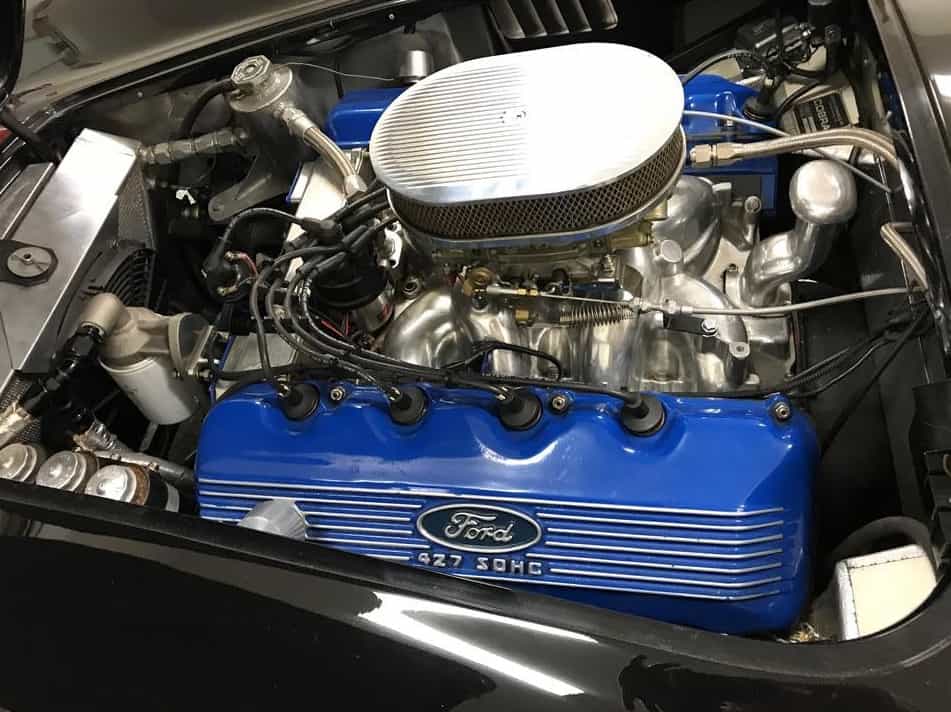 The engine is mated to a TKO600 Ford Road Race 5-speed transmission with 2.87 first to .83 OD final drive with a lightened billet-steel 427 flywheel and 11-inch Lifetime clutch set.

The wheels are correct with knock off hubs and have Goodyear Billboard racing tires.

“The interior was upgraded with premium seats,” the seller notes, “Wilton wool carpeting throughout. A complete set of Shelby correct instrumentation with fuel pressure, oil pressure, water and oil temperature gauges, tachometer and correct reverse speedometer as per original.” 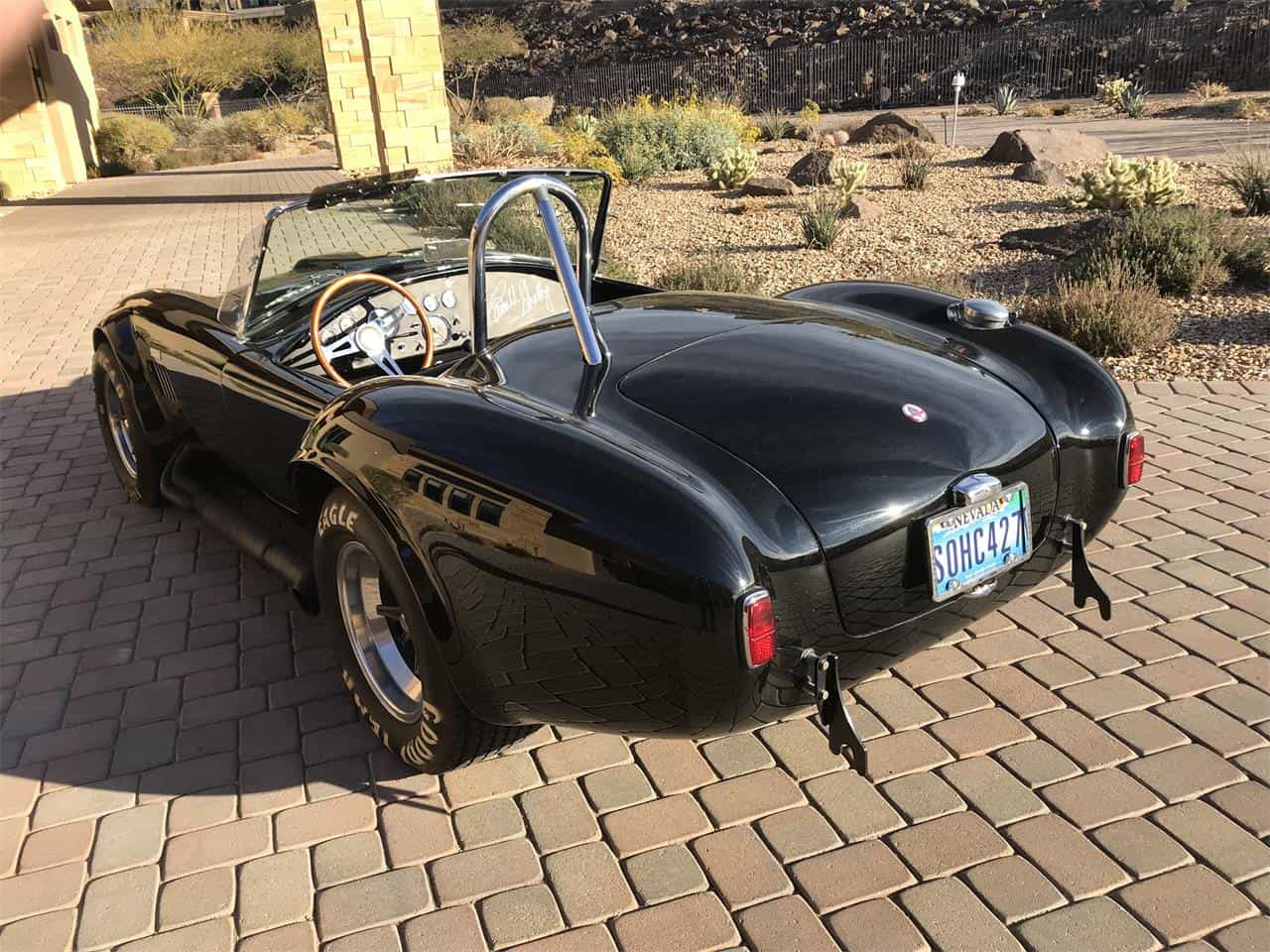 Built for one of his production employees, the dash is signed by Carroll Shelby. The seller purchased this Cobra from the original owner in 2013.

There are certainly many copies of Cobras out there. Some are licensed and excellent, some are homebuilt kits and quality varies. But buying a genuine Shelby continuation series is as close to the real deal as a buyer will get, short of spending 7 figures. This SOHC 427 adds an element of uniqueness that makes it a diamond amongst emeralds.