Someday you’ll want a car like this early Olds

Pick of the Day is a 1904 Curved Dash Oldsmobile 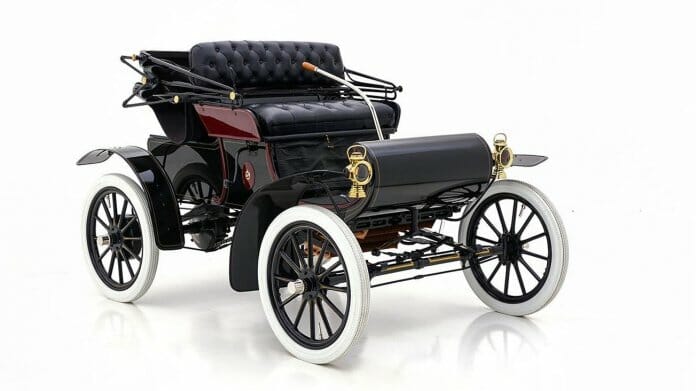 The Baby Boomers’ lament is that the young whippersnappers coming into the collector car hobby don’t want the cars the boomers have collected and cherished through the years.

But here’s the secret: Back when they were fledgling car hobbyists, the Boomers didn’t want the cars that their fathers and grandfathers loved. What they wanted were the cars they themselves lusted for while in high school.

But guess what! They bought those cars, took them to car shows, and as they aged, their tasted matured as well. So they had to have a post-war European sports car and then a pre-war Caddy or Packard or even a Duesie, and eventually they wanted a Brass Era car so they could do London to Brighton at least once before they rode the highway to heaven.

It’s the same for the newcomers, the Xers and Millennials. They don’t want the Boomer beauties. They want stuff that takes them back to their teen years, or to the status that comes with an almost-new exotic. But just like their predecessors, their tastes will mature and someday they’ll want a car just like the Pick of the Day, a 1904 Curved Dash Oldsmobile, a Model 6C to be specific.

The car is being advertised onClassicCars.com by a dealership in St. Louis. The price is $67,500 and the car makes you eligible for events such as the London to Brighton event that takes place each November in England.

And just think of the crowd such a car will draw at your local car show, parked there among all those cookie-cutter contemporaries.

The dealer correctly points out that it was Ransom Eli Olds, not Henry Ford, who actually produced the first motorcar produced from standardized and interchangeable parts on a stationary assembly line. That car was the Curved Dash Olds.

Interesting sidebar: Olds started building motor vehicles in 1897 and had half a dozen or so with various power sources — gasoline, electric, steam — and wasn’t sure which to put into production. His decision was made in 1901 when a fire swept this factory and only one of his prototypes, the one for the Curved Dash single-cylinder runabout, was saved.

The 1904 example being offered in St. Louis “presents with a crisp and beautifully preserved older restoration,” the dealer reports. “

“The paintwork on the body, chassis, and steel mudguards is period correct and in superb order. Red accents on the body and lovely gold coach stripes that repeat on the frame and wheels give the car a handsome, upmarket appearance, along with the white rubber tires.

The car is tiller steered and “controls, fittings, and hardware also present in excellent condition.

“The 7-horsepower, horizontal single-cylinder engine sits below the driver, powering a 2-speed planetary transmission and chain-drive rear axle. The engine and ancillaries are beautifully restored to a high standard, and even the rear axle is finished in gloss black and striped to match the body.”

The dealer notes, “The little Oldsmobile runs and drives, although due to its recent time on display in a private collection, some additional attention is recommended before tackling any significant distances.”