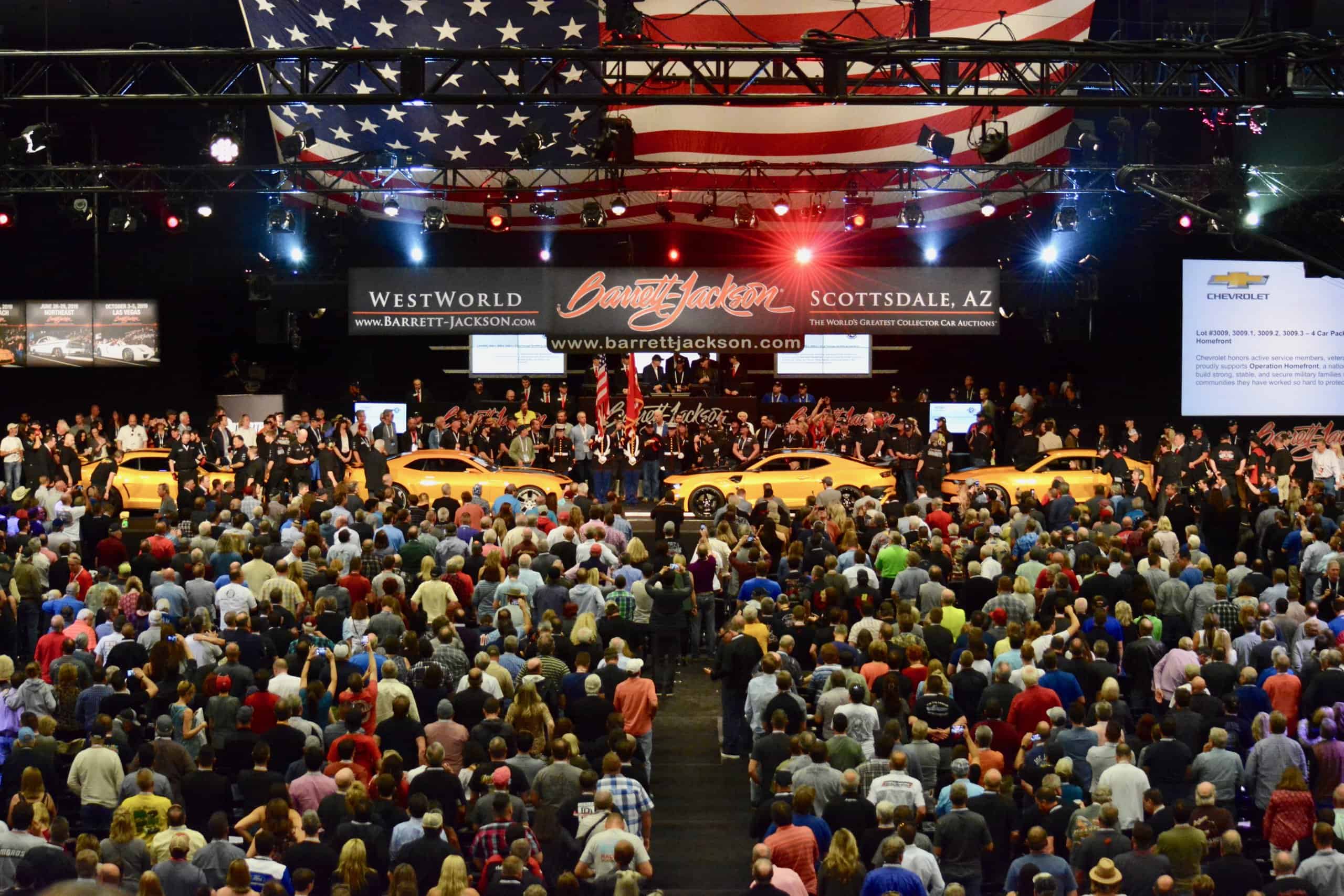 As one of the leading collector car auctions since 1971, Barrett-Jackson returns to Scottsdale, Arizona to host their 49th annual auction. New for 2020 is the partnership with the Future Collector Car Show presented by ClassicCars.com at High Street in Phoenix Arizona, a show connecting with the next generation of collectors.

An undeniable shift in the collector car world is heavily influenced by new sources of nostalgia and inspiration that drives the passion for the automobile.  Advances in technology have been one of the single biggest shifts in car culture, between traditional interest modifications and a new type of modification called ‘electromoding.’  Electric drivetrain conversions have become the next big thing as well as the viral information to do them.

“The next generation of collectors will be even more knowledgeable and tech savvy,” said Craig Jackson Chairman and CEO of Barrett-Jackson. “They have grown up with limitless information at their fingertips. As the world becomes more connected through technology, we can expect future enthusiasts and vehicles to be as well. The influence of social media, online forums and viral videos has made a substantial impact on the auto-industry and our hobby. Now enthusiasts around the globe are sharing their stories, passions and visions through these massively connected platforms. Grassroots events like the Classiccars.com Future Collector Car Show recognize this evolution and embrace the changes that are transforming our hobby.”

Barrett-Jackson has made big moves to embrace this new generation of buyers and sellers over recent years as we’ve seen an Acura Integra cross the block selling for over $60,000, as well as the first production 2020 Toyota Supra selling for charity for $2.2 million in 2019.

This year is no different, as the upcoming Scottsdale auction will feature the Paul Walker Collection crossing the block, starting January 15th through January 18th.  Included in the collection are several late 80s and early 90s cars that are likely to have been the inspiration to the owners displaying their own at the Future Collector Car Show.

“This will be our fifth year hosting the Future Collector Car Show.  We are excited to return to High Street where added space will allow us to accommodate more participants and cars,” said Roger Falcione CEO of ClassicCars.com.

“We also rebranded the event from “Future Classic” to “Future Collector” to better align us with our mission to bring the next generation of collectors in the classic car hobby.  I’d also like to acknowledge Craig Jackson and other industry partners who share our passion for the future of the hobby and supported our show.”

Get a look at the future of the collector car industry by visiting our FREE event Sunday January 12th from 12pm to 6pm, at High Street in Phoenix.