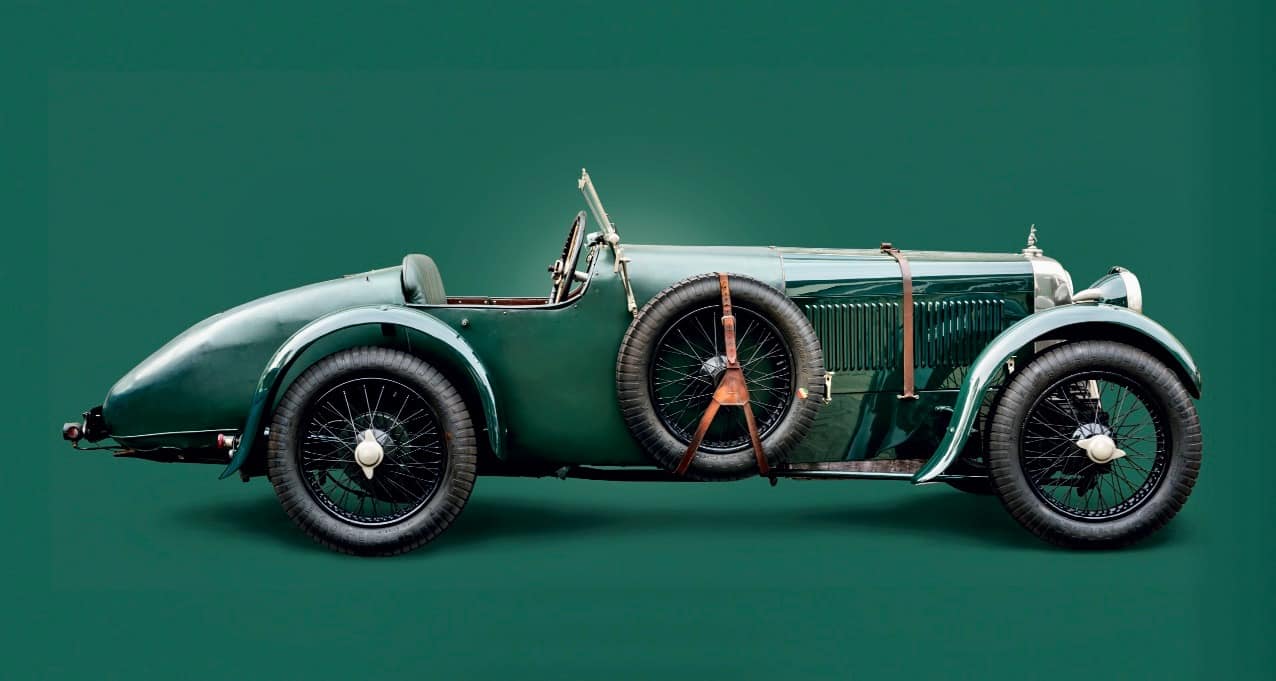 Running until February 2, 2020, the acclaimed Loumann Museum in The Hague, Netherlands, presents an exhibition of 17 Alvis vehicles in a celebration of the automaker’s centennial in partnership with Alvis Owners Club Nederland.

“Alvis is well known as an English manufacturer of high-quality cars that introduced a number of important innovations that are still used in the automotive industry,” the museum said as it prepared for the exhibition opening. “The exhibition gives an overview of the most important models, most of them with traditional English coachwork.”

Alvis was founded in 1919 in Coventry by engineer Thomas George John to produce engines, adding its own chassis the following year.

“These were of high quality and equipped with a 1.5 liter four-cylinder engine with aluminum pistons and pressure lubrication, an advanced feature at the time,” the museum noted.

“In the 1920s, Alvis played a leading role in the application of front-wheel-drive racing cars that raced at Brooklands, Le Mans and in the Tourist Trophy. The experience gained in racing led Alvis to introduce the world’s first front-wheel drive production car in 1928.”

Alvis introduced the first fully synchronized gearbox in a production car in 1933 and a year later launched a car with independent front suspension.

Alvis produced aircraft engines and military vehicles during World War II; its factory was destroyed by German bombers in 1940. The company resumed automobile production after the war, ending production in 1967.

The British Motor Museum Archive has opened its “Archives Revealed” project featuring an online catalog of “The Art of Selling” collection of sales and press materials from British Leyland and its competitors.

The museum said a grant received in the summer of 2018 enabled the employment of archivist Katie Finn to work on the project with a group of volunteers, sorting through nearly 16,500 items so far, with another 5,000 to be added in 2020.

“This wide-ranging collection includes everything from original drafts of press releases on a new vehicle, to the marketing and selling of a car along with maps, posters, dealer information and much more,” Charlotte Gallant, archivist for the museum, is quoted in a news release. “The culmination of this project will be that this once inaccessible collection is opened up to the widest possible audience. and we hope the public will enjoy seeing the collection for the first time.”

The collection can be seen via the National Archives database “Discovery” at www.discovery.nationalarchives.gov.uk. The material also can be viewed in person by making an appointment at the museum’s Reading Room in Gaydon, UK. For more information, visit the museum’s archive website.

With schools on holiday recess, the Petersen Automotive Museum in Los Angeles has set extended hours and features new exhibits and educational programing through January 12, 2019.

New exhibits include three all-electric vehicle displays, and there are special hands-on, car-science activities in the Rob and Melani Walton Discovery Center.

The Gilmore Car Museum in Hickory Corners, Michigan, has done the math and reports that in 2019 the various car shows staged on its campus drew 70,000 visitors, and that more than 6,000 students from kindergarten through high school took advantage of free tours and other programs, including internships and hands-on mentoring in the museum’s restoration workshop.

The Motorsports Hall of Fame of America in Daytona Beach, Florida, hosts speed-record holder Danny Thompson from 6 to 8 p.m. on December 28.

Wendy’s Twinkle at the Track, the special 2-mile, drive-thru holiday lights display at the National Corvette Museum’s NCM Motorsports Park in Bowling Green, Kentucky, will be open to bicycle riders from 3:30 to 4:30 p.m. on January 1, 2020.

The Simeone Foundation Automotive Museum in Philadelphia opens its Best of Britain 2020 exhibition with a special event at 6 p.m. on January 3.

An update of the “Glory Road” exhibit, guest-curated by Dale Earnhardt Jr., opens January 11 at the NASCAR Hall of Fame in Charlotte, North Carolina.

The British Motor Museum at Gaydon hosts the Historic Rally Car Register’s Open Day on January 11, 2020, as the HRCR celebrates the 60th anniversary of the RAC’s first use of forest stages. The day at the museum will showcase “how that diversification has led to a full and multi-disciplined sport today” and will feature rally co-driver Mike Broad in a series of forums covering the various aspects of rallying.

January 26, 2020, will be a Family Sunday at the BMW Museum in Germany, where from 10 a.m. until 6 p.m. the museum becomes a MakerSpace with families learning about 3D printing and with children 8-and-older printing 3D pens.

The Gilmore Car Museum in Hickory Corners, Michigan, hosts its annual Pint with the Past fund-raising gala on February 15 from 7 p.m. to 10 p.m.

The Murphy Auto Museum in Oxnard, California, plans at Grand Re-opening Party for February 22 to celebrate its new location.

The Mustang Owner’s Museum near Charlotte, North Carolina, is making plans for National Mustang Day with several days of activities, including a test and tune on April 16, 2020, at Mooresville Dragway; a driver’s choice cruise to various NASCAR race shops or to a winery, distillery and brewery before the Mustang Hall of Fame induction on April 17; a “day at the museum” program on April 18; a cruise to Mustang specialist Innovative Performance Technologies on April 19.

The National Corvette Museum in Bowling Green, Kentucky, re-opens its Performance Gallery on April 22, 2020. The gallery closed on November 20 for “a much-needed refresh.”