This hybrid-drive car dates to 1917 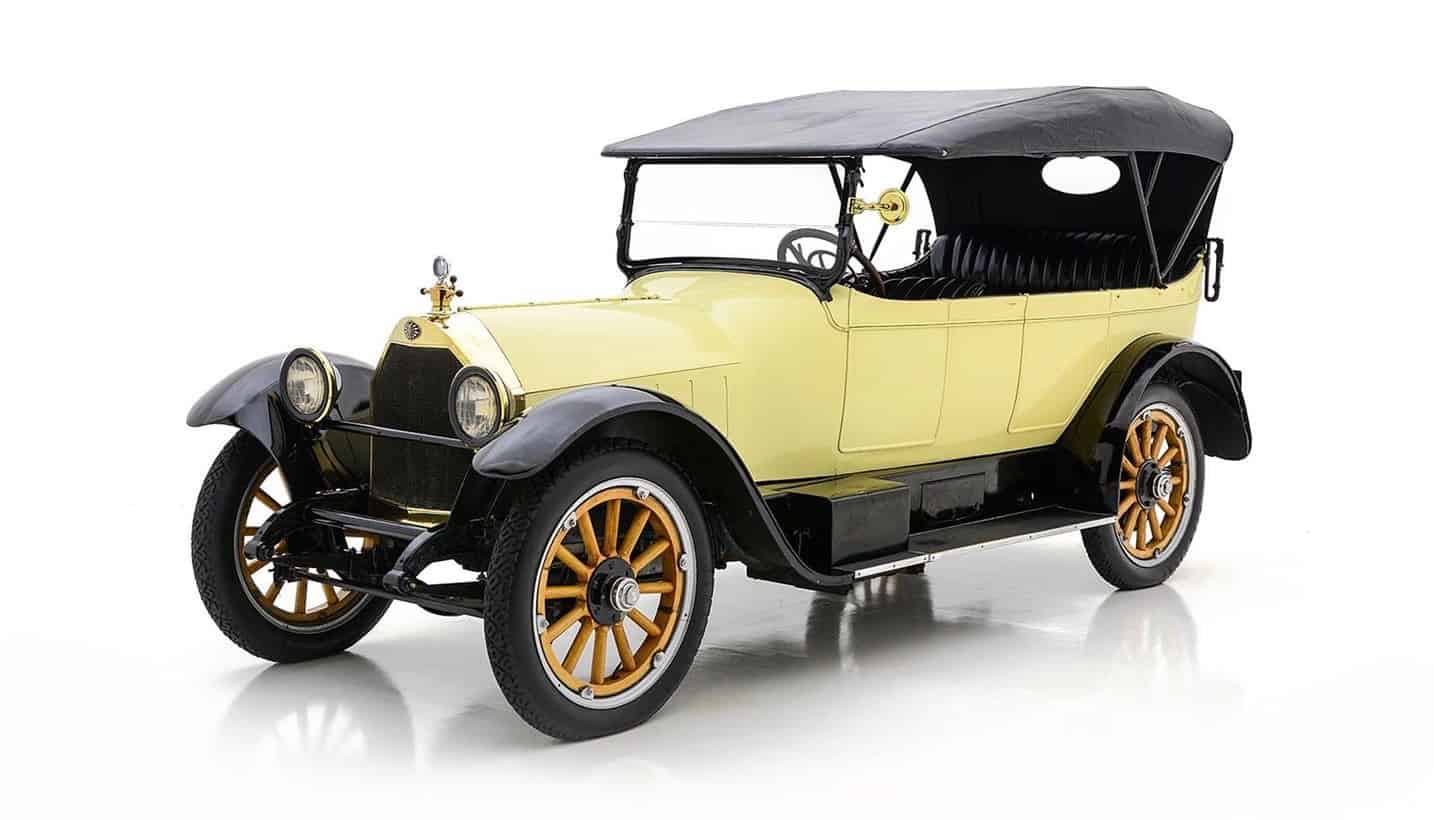 “As the roads of the world become increasingly populated with gasoline-electric hybrids, plug-ins, and fully electric vehicles, it poses an opportunity to pause and look back through the pages of automotive history, where we discover some of what we consider cutting-edge technology today is mirrored in the past.”

That from the St. Louis, Missouri, dealership advertising the Pick of the Day on ClassicCars.com. The car is a 1917 Owen Magnetic Touring car, “an intriguing early hybrid-drive vehicle” produced by Justus B. Entz, an electrical engineer who had worked for Thomas Edison.

“As early as the late 1800s, Entz began experimenting with a unique electric transmission system that could, in theory, provide infinitely variable ratios without a direct connection between the engine and rear axle,” the dealer explains.

“The Entz Electric Drive Transmission replaced the engine’s flywheel with a set of field windings, which acted as a generator to power an electric traction motor attached to the rear axle via a driveshaft, similar in principle to a modern diesel-electric locomotive. There was no direct connection between the gasoline engine and the drive wheels…

“The system provided powerful electrical braking, which also had a regenerative feature that charged the vehicle’s electrical system — the ancestor of the MGU-K in a modern F1 car!”

The first demonstration of the system ended when an electrical arc ignited the fuel supply and the prototype burned to the ground, the dealer notes.

“But he saw promise in the system and persisted with refining it over several years. He later built a more-successful prototype on an Austro Daimler provided by his primary financial backer, Mr. Roy Rainey. That car became the very first Entz automobile, which debuted at the New York Auto Show in 1914.

“Entz and his invention previously caught the attention of Raymond and Ralph Owen, who began working on adapting the system for production as early as 1912. By 1915, the Owens had taken over Entz’s project and partnered with Baker Electric to produce the cars commercially as the Owen Magnetic.”

Promoted as “The Car of a Thousand Speeds,” the Owen Magnetic was expensive and needed caretaking beyond the typical local mechanic, “relegating the Owen Magnetic and Justus Entz’s unconventional yet fascinating electric transmission to the history books in 1920.”

The example on offer once was part of the Nethercutt collection, the dealer notes, and is one of only a few known to still exist.

“This example wears an older cosmetic restoration, presented in pale yellow over black fenders and chassis. The 5-passenger touring body is attractive and well built,” the dealer reports.

The car has a 303cid Continental 6-cylinder engine, “though due to a period of disuse, it will need additional attention to return to the road,” the dealer points out.

“From the driver’s seat, you experience the unique control arrangement of the Owen Magnetic,” the ad explains. “A single foot pedal controls engine speed, while the large lever on the steering wheel controls electrical output via a series of detents. There are no gears to mesh, no rev-matching, and no heavy clutch pedal. Reverse gear is operated via a lever to the driver’s left, and a second lever operates the supplementary mechanical brake.

“It is a marvelously clever arrangement that combines the best of the simplistic early electrics, with the versatility and range of an internal combustion vehicle.”

The car is offered for $134,500. To view this listing on ClassicCars.com, see Pick of the Day.

The dealer concludes, “With our attention turning to alternative fuel vehicles, the Owen Magnetic offers a fascinating look back at the technology of yesterday, where we remember that even the best ideas of today may not necessarily be new ones.”