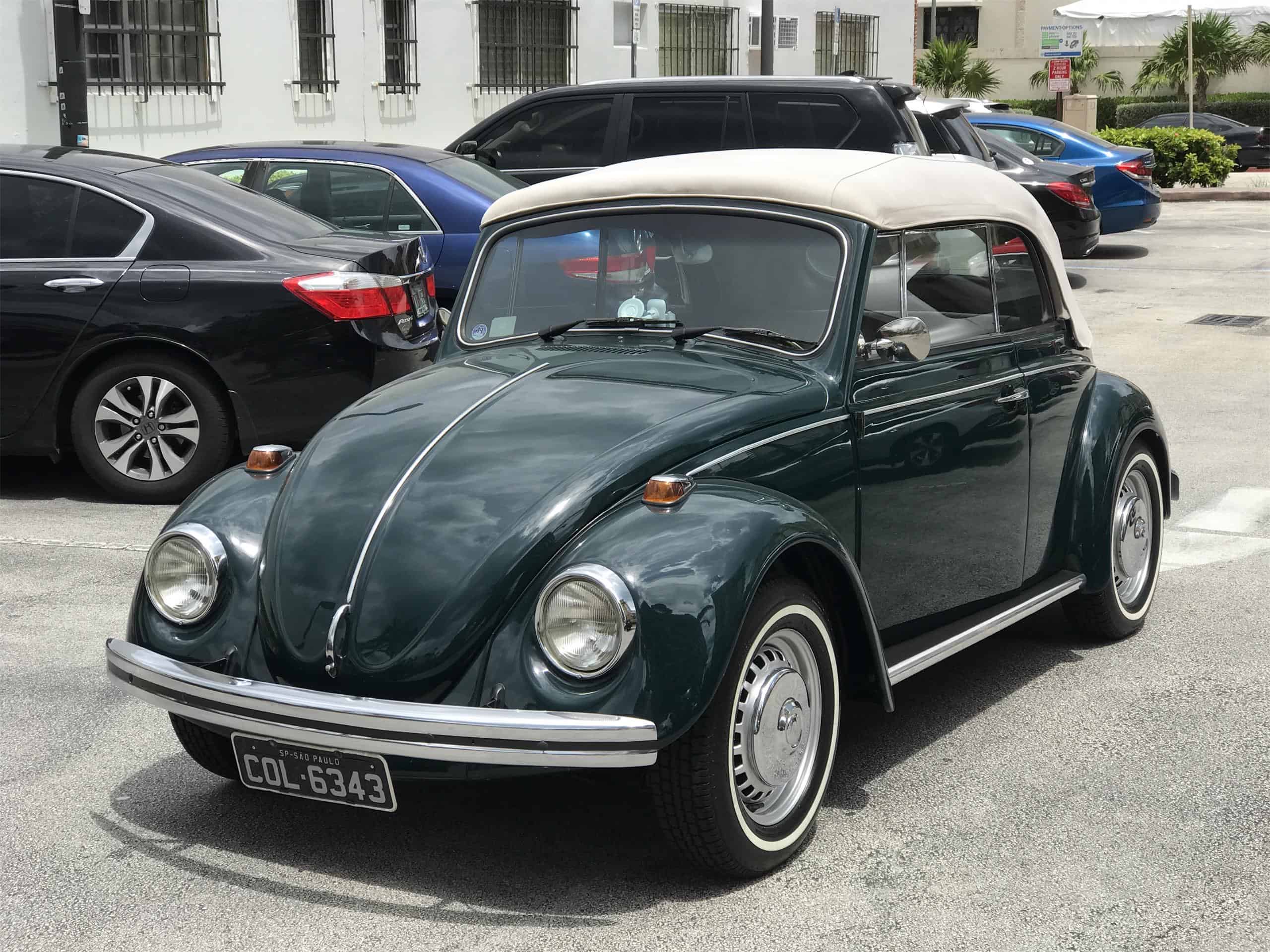 The first Volkswagen Beetles were produced in Germany, and the last recently rolled off an assembly plant in Mexico. But the popular Bugs also were assembled from “knockdown” kits in Brazil, Australia and South Africa.

The Pick of the Day is a 1978 Brazilian Beetle convertible, advertised on ClassicCars.com by a private seller in Miami, Florida.

“VW has a factory in Brazil and this was made and restored in Sao Paulo,” the seller reports. “Restored in 2010 and brought 3 years ago to enjoy South Florida!” 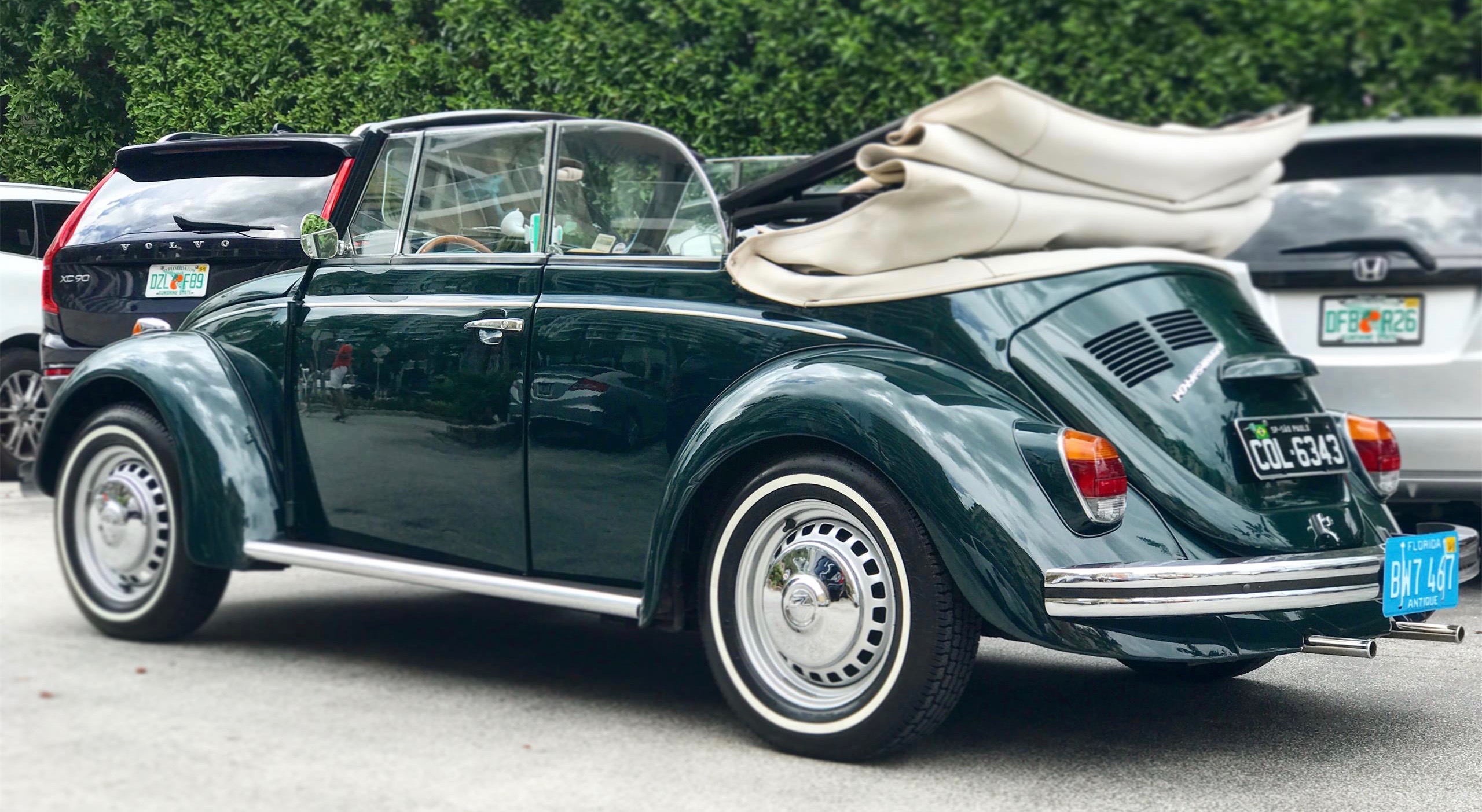 Volkswagen started assembling Beetles in Brazil in 1953. Even after the company built a new production and assembly plant there in 1959, the cars were used primarily imported components until the mid-’60s. Since then, nearly every component was produced in the South American facility.

The car on offer thus is more than 99 percent Brazil-produced parts, including its a double-carburetor engine. It also has air conditioning (installed in 2015) and wooden steering wheel and shifter. The engine reportedly has been driven only 22,500 kilometers. 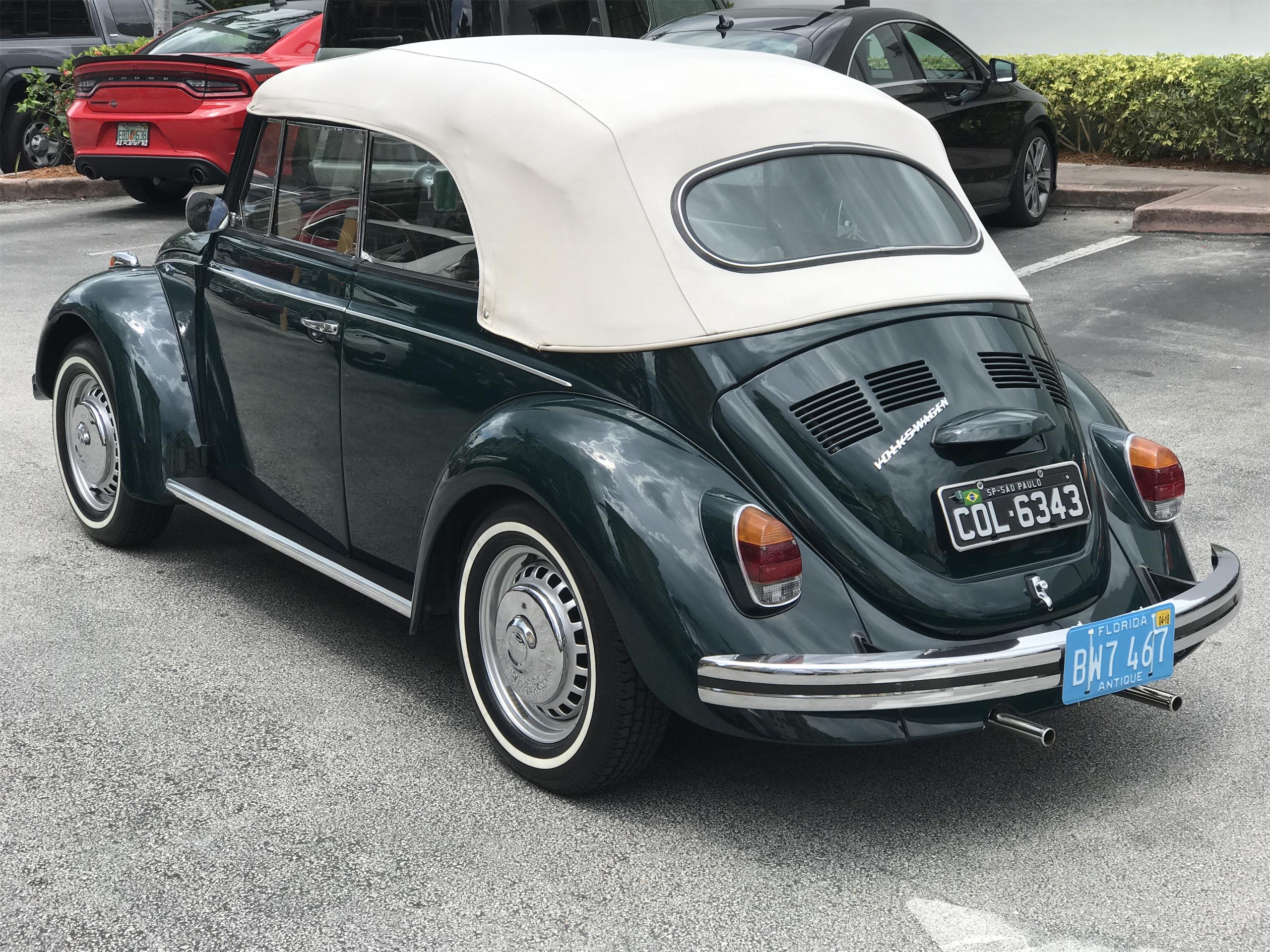 The car is said to be one of 10 commissioned by Volkswagen of Brazil from custom car-builder SULAM for a special event in 1993.

The seller says the “Jaguar Dark Green” color was chosen to complement the beige-leather interior.

“Always garaged and covered,” the seller says of the “one-of-a-kind model.”