The precisely detailed 1966 Ford GT40 built by Superformance that stars as the “hero car” in Ford v Ferrari will be auctioned in January during Mecum’s annual sale in Kissimmee, Florida.

One of two GT40s created by the Irvine, California, replica sports car producer for the movie, this one was used for the closeups and scenes with actor Christian Bale behind the wheel, while the other version was used for the action scenes.

The Superformance GT40, painted in the iconic Gulf Blue motif in which the cars raced at Le Mans in Ford’s historic victory against a dominant Ferrari team, remains in fine condition after its brief movie career, the catalog says. The car is signed by Ken Miles’ 1966 crew chief, Charlie Agapiou, and Peter Miles, Ken Miles’ son.

“This 1966 Superformance Ford GT40 faithfully emulates the car driven by Ken Miles to second place at the 1966 24 Hours of Le Mans,” according to the Mecum catalog description. 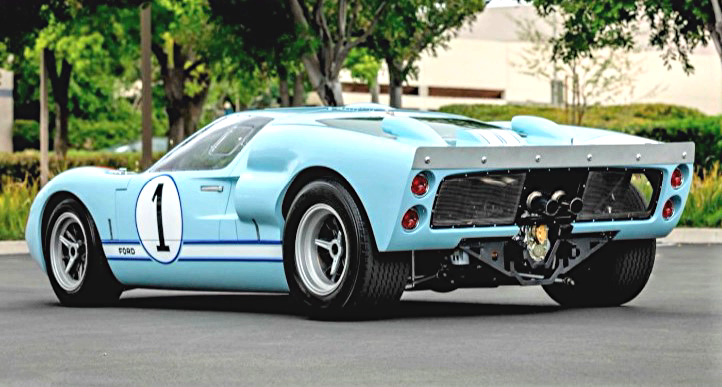 The car also had a role in promoting the movie, Mecum says, “showcased in trailers for the film, at various red-carpet events alongside the stars of the film, on ESPN, and on CBS Sunday Morning.”

Ford v Ferrari tells the story of the creation of the original GT40 race cars that were designed specifically to beat Ferrari at Le Mans, with the great Carroll Shelby (portrayed by Matt Daman) at the helm of the project and Ken Miles (Bale) as the British driver who could deliver the goods. 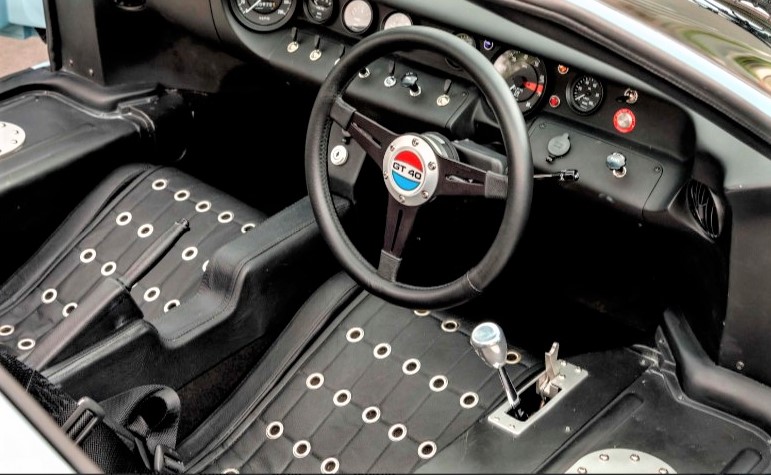 Superformance, well-known for its replicas of Shelby Cobras, Daytonas and other famed sports cars, built the movie cars to exacting standards, especially this hero car that would be subjected to detailed closeups as a convincing stand-in for the real thing.

The car also has been endowed with the tremendous performance potential of the original, with modern tweaks for drivability and reliability. 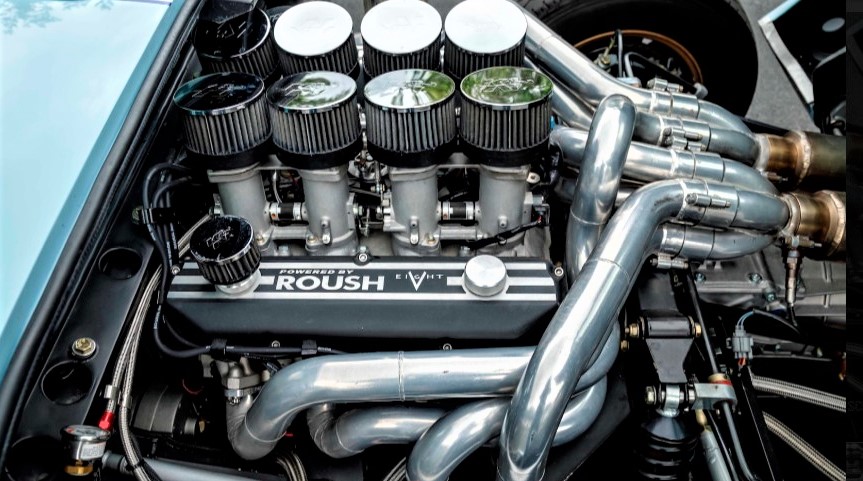 “Powered by a specially prepared Roush 427IR V8 engine built to 511 CI and producing 600 HP, the engine employs numerous performance features such as a K&N Inglese-style injection system and a rear-exit ‘Bundle of Snakes’ exhaust,” the Mecum description reads. “The entire package sends power through an RBT/ZF-style 5-speed manual transaxle. 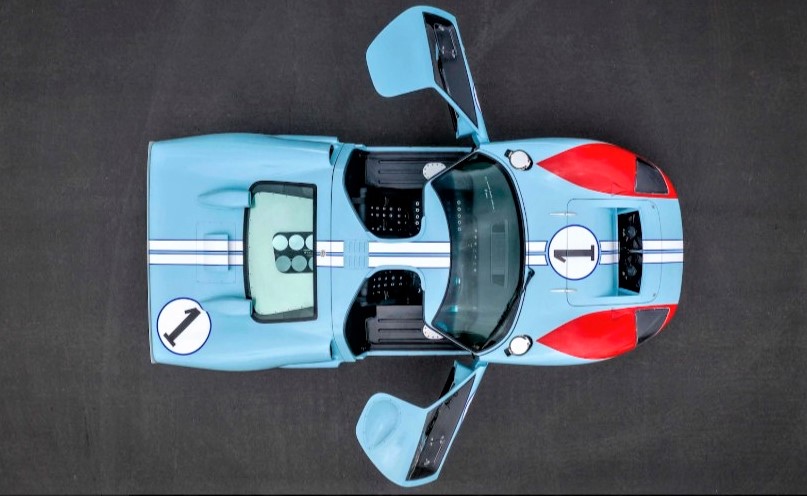 Mecum expects around 3,500 collector cars, trucks and motorcycles, as well as a lode of automobilia, for its massive 11-day Florida sale held January 2-12 at Osceola Heritage Park in Kissimmee.  For information, visit the auction website.

Electrified Cobra will strike in silence