Not for sale, but early Shelby Mustangs to reunite at Barrett-Jackson venue

“Follow the money” was a recurring theme in All the President’s Men, the movie about Watergate and the demise of a presidential administration.

In a twist on that theme, and with special access to corporate archives, Craig Jackson was able to “follow the accounting” to verify the authenticity of the early Ford Mustang’s modified by the late Carroll Shelby and his Shelby American crew.

Now restored by Jackson and Pennzoil, one of those cars, “The Green Hornet,” was on display during the 2019 SEMA Show last week in the 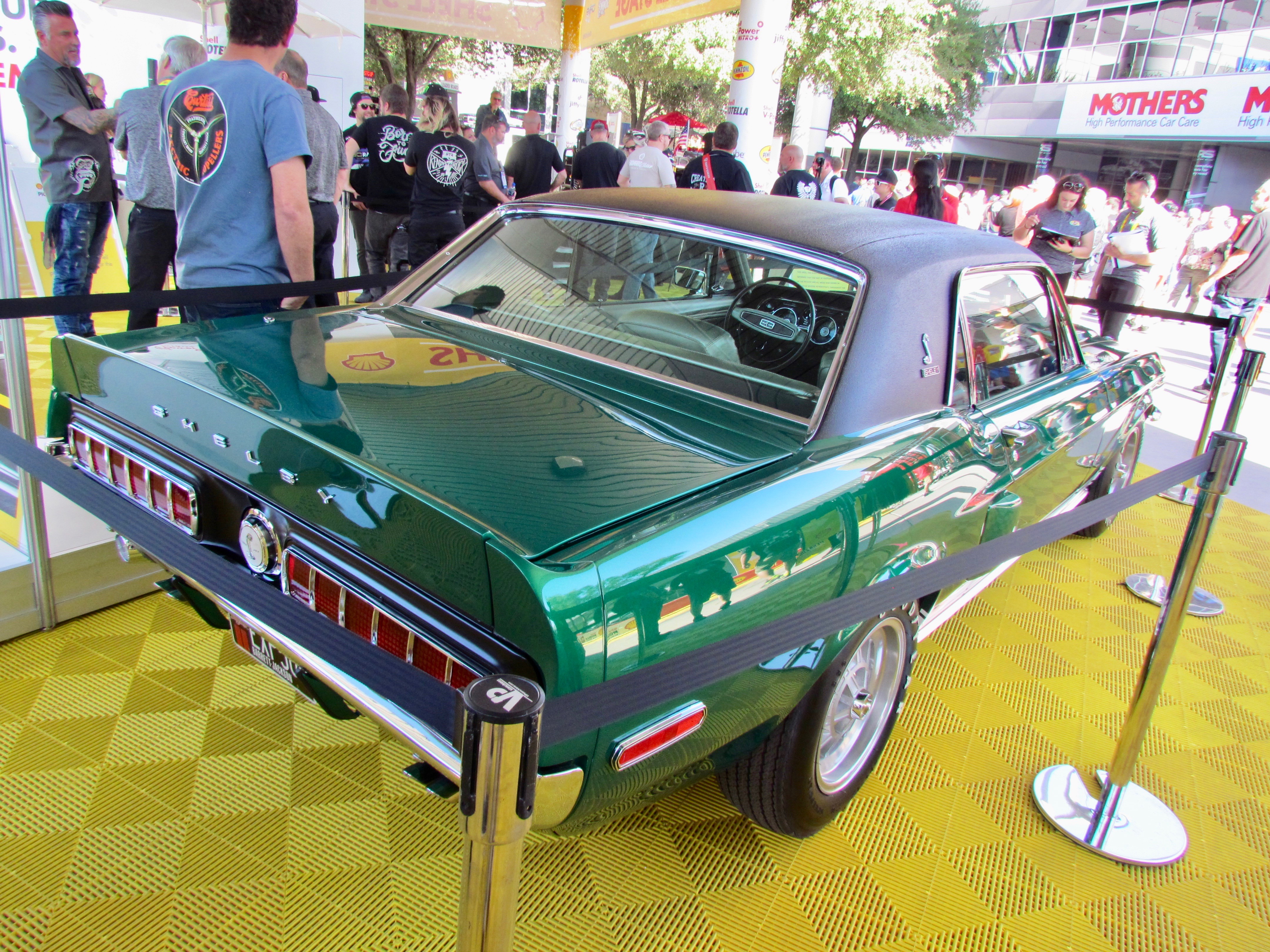 And come January, the car will be reunited with two of its cousins in a special display at the 49th annual Barrett-Jackson Collector Car Auction in Scottsdale, Arizona. Don’t get too excited because the cars will not be crossing the auction block. But do get excited that their reunion figures to be a special event in Shelby automotive history.

Which they were not, as Jackson’s “follow the accounting” mission has verified. Instead of being crushed, experimental components were removed from the cars and the cars were sold through a Ford resale lot. Decades later, people who owned the cars would call to verify serial numbers, etc., and were told the cars were crushed and no longer existed.

Jackson and his team, which includes restoration specialist Jason Billups, re-discovered and validated the existence of Little Red, which Jackson now owns, which Billups is restoring and which will be unveiled in January in the display at the auction.

And while experimental parts were removed, Billups and Jackson have been able to track them down from people who somehow ended up with them and couldn’t match serial numbers that have been verified through research in Ford accounting records, Jackson said, and through recent interviews done with surviving members of the early Shelby American team or their sons.

Those sons, Jackson added, have been eager to help the effort to “put the car back to when their fathers built it.”

Jackson said the entire process has been recorded and that 80 hours of video is being trimmed down into a television documentary as well as a series of restoration videos.

Barrett-Jackson has just completed a new 36,000-square-foot headquarters building in Scottsdale. In addition to housing the company’s 85 full-time employees, the new building has a video sound stage, a photo studio and a complete restoration shop, where Craig Jackson goes, as he put it, for “my therapy.”

Jackson grew up restoring his father’s cars. That was work, he said, but now, taking some time away from the auction business to restore his own collection as a hobby, “I like it now that I don’t have to do it for a living.”

Although much of his car collection comprises American muscle cars, Jackson showed at the Pebble Beach concours d’elegance this year the 1948 Talbot-Lago T26 Record cabriolet he restored. In addition to Big Red, Jackson is restoring a pre-war Cadillac.

In addition to selling cars at auction, Jackson said Barrett-Jackson has become a content creator, telling the story of specific cars and working on how-to videos to educate those restoring cars as well as those new to the collector car hobby.

“Forty percent of the buyers at each of our auctions are there for the first time,” Jackson said.

Not only does Barrett-Jackson provide vehicle experts to curate the auction docket, but they are available to help educate bidders. Jackson said that with the popularity of resto-mods, he’s recently added an expert in that category to his team and likely will be adding a Japanese car specialist as well.